This is the SDN WIKI starting point for topics around ABAP Objects Development and Programming.

Rules of this WIKI section

ABAP Objects is a Object-Oriented extension to the ABAP Programming language and was Introduced on SAP Basis Release 4.5.

"ABAP Objects is indicated for who wants to guarantee agility during the development, minimize the efforts during the modifications, enhance existing applications and create complex applications using a simple way..."

The principal features of ABAP Objects are:

...The ABAP runtime support for both procedural and ABAP Objects programming models enables you to use ABAP objects in any program. I.e. in executable programs, module pools, Function pools. This enables you to use new techniques based on ABAP Objects, such as new interfaces, without the need to completely rewrite your existing code.

In OO Programming the only structuring units are classes. Instead of working with global data, you work with objects, which are instances of classes. These objects encapsulate the state and behavior of self-contained parts of the application.

See articles, features and more on the main Portal page 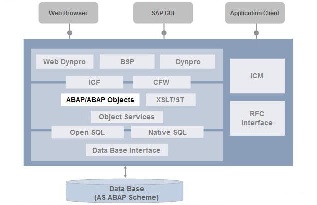 Next Generation ABAP Development  by Rich Heilman and Thomas Jung