7 Methods To Retrieve The Version Of SAP Executables

This wiki is no longer maintained.

The most updated content can be found on the SAP Community for SAP on Windows Server and on the SAP Help Portal.

These wiki pages will be deleted towards the end of the year!

During support situations you might often be asked to upgrade the executables of your system (often called kernel) to a current release.

But which version is running in your system?

Here are several methods to determine the version of an SAP executable: 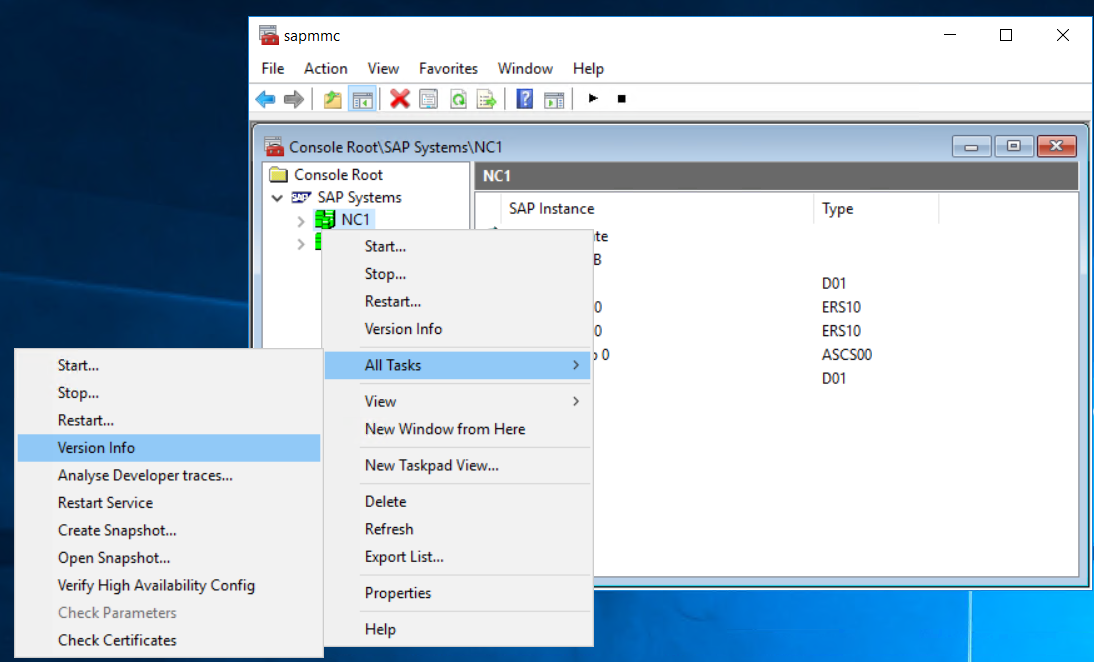 a new Dialog box will appear and show you the versions of some selected executables: 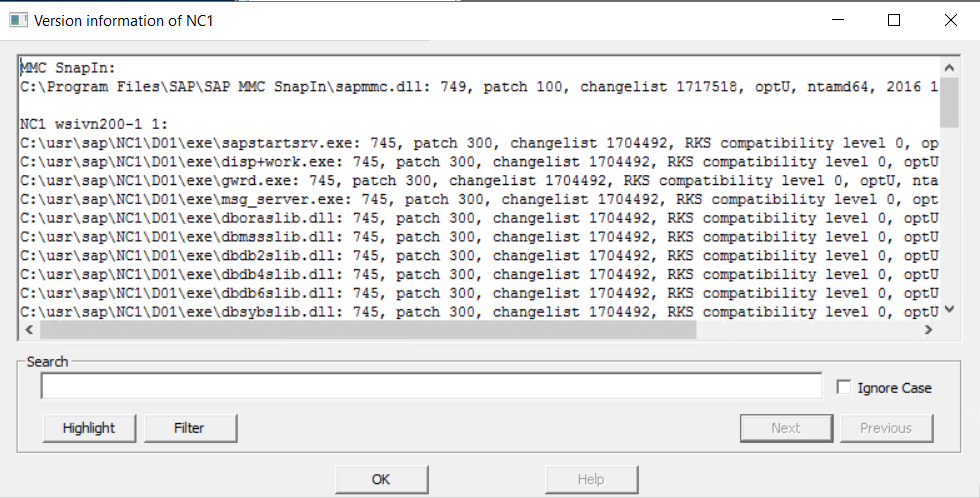 The first two methods have the disadvantage, that you need a running sapstartsrv.exe (or SAP<SID>_<NR> Windows Service) in order to get this information. In situations where the service did not start - or you have some executables in a working directory where you are interested in the version information, they will not help you.

Navigate to the ...\DVEBMGS01\exe or ...\D01\exe directory, right-click on the executable of your interest an press Properties: 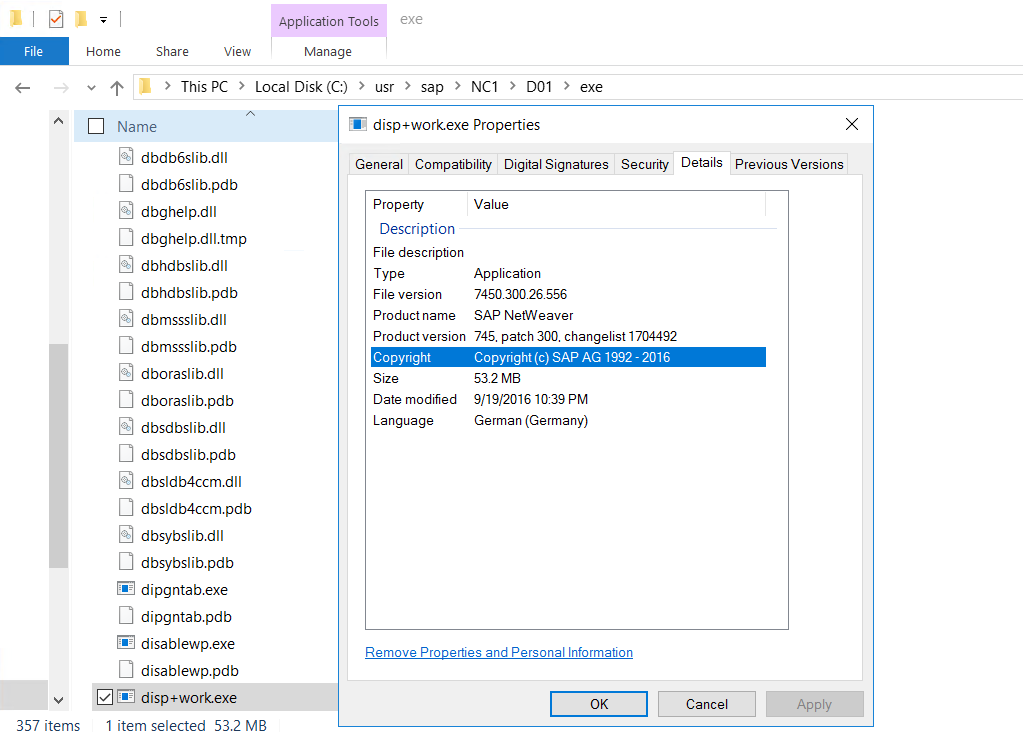 I love powershell: retrieving the full version information for a single Executable: 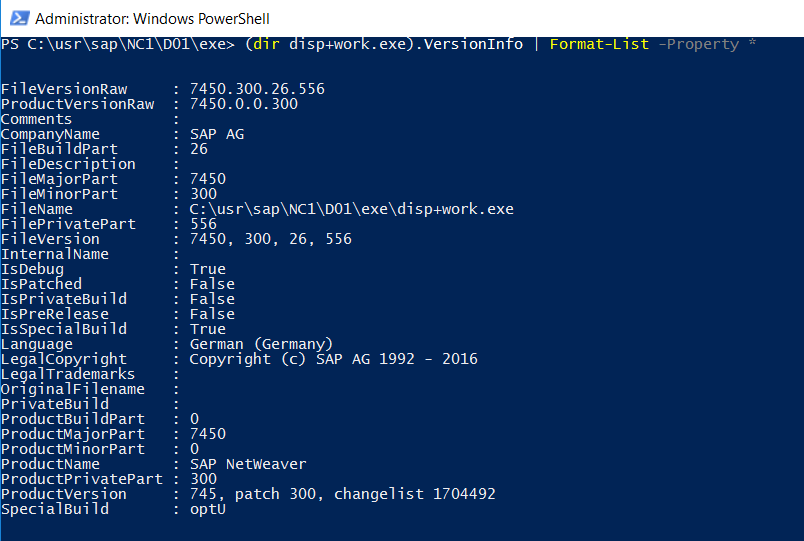 or for multiple files in a directory: 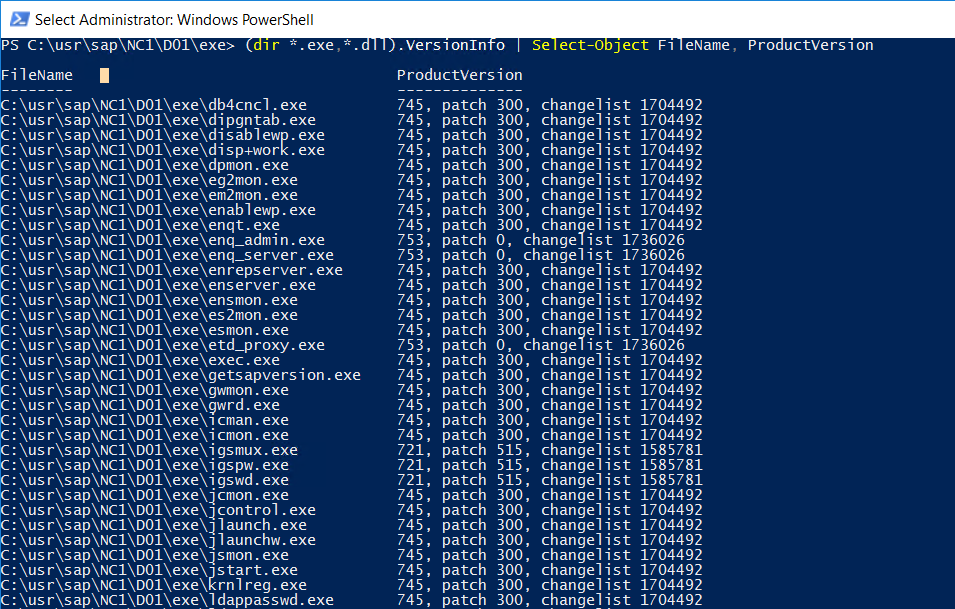 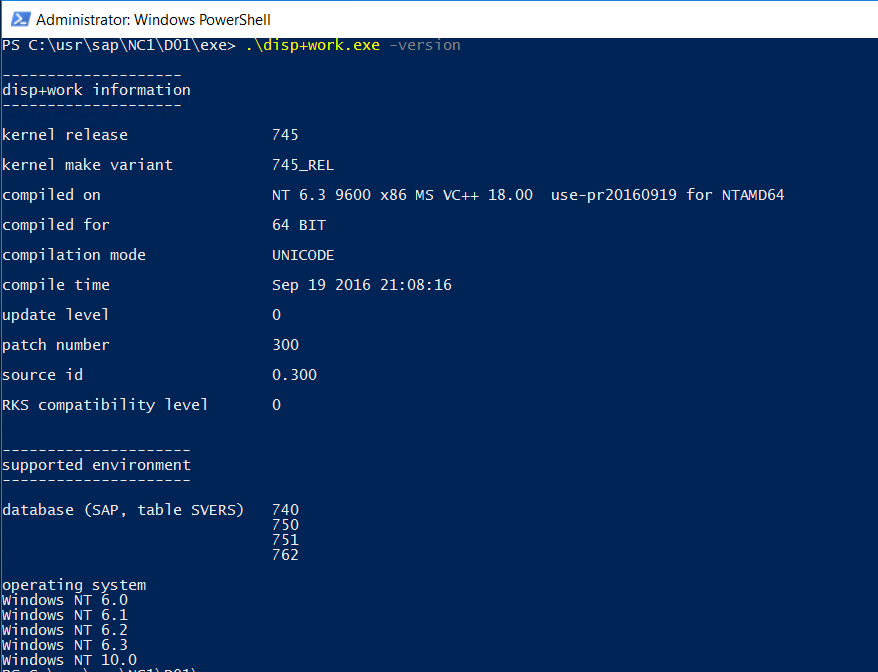 This last method has the advantage that you can see at a glance whether you are running with mixed versions or not. The kernel executables are delivered in two main packages: SAPEXE.SAR and SAPEXEDB.SAR. These two packages are delivered in the 720 code line as stack kernels 3-4 times a year. Stack kernels do have patchlevel numbers 100,200,300,... Between the release dates of stack kernel corrections where delivered in smaller packages dw.sar and libdbsl.sar (db-specific) or other smaller archives if the corrected executable is not part of dw.sar or libdbsl.sar.

When updating a kernel you should therefore unpack the last stack kernel (sapexe and sapexedb) followed by the last dw.sar, libdbsl.sar and possible other executable specific archives. Following this rule you will never end up with a version mix like this one:

The last method shown here is to invoke the executable with -version parameter.

Not all SAP executable will show there version information when invoked from command line. On Windows method 3 or 4 is more reliable.
The disp+work.exe -v method has the advantage that it also delivers information about the corrections supplied with this kernel: a list of SAP Notes describing the fixes contained in this kernel is appended to the release information. All SAP Notes listed here are supposed to be fixed.

While all methods show up to here do need access on operating system level to the server where the SAP system is installed on, the last two methods are working from within an SAP Gui session:

Transaction SM51 provides the list of ABAP servers in your SAP System. It also provides a Release Information Push Button which delivers you the output of method 5.

This method does only deliver the release information of disp+work.exe . Of course other executables (all contained in dw.sar) are depending on disp+work.exe and will have the same version - if not the system will not start at all. This method need administrative rights within the ABAP System.

The last method listed in this blog is available to all SAP ABAP users using the SAPGUI user interface. 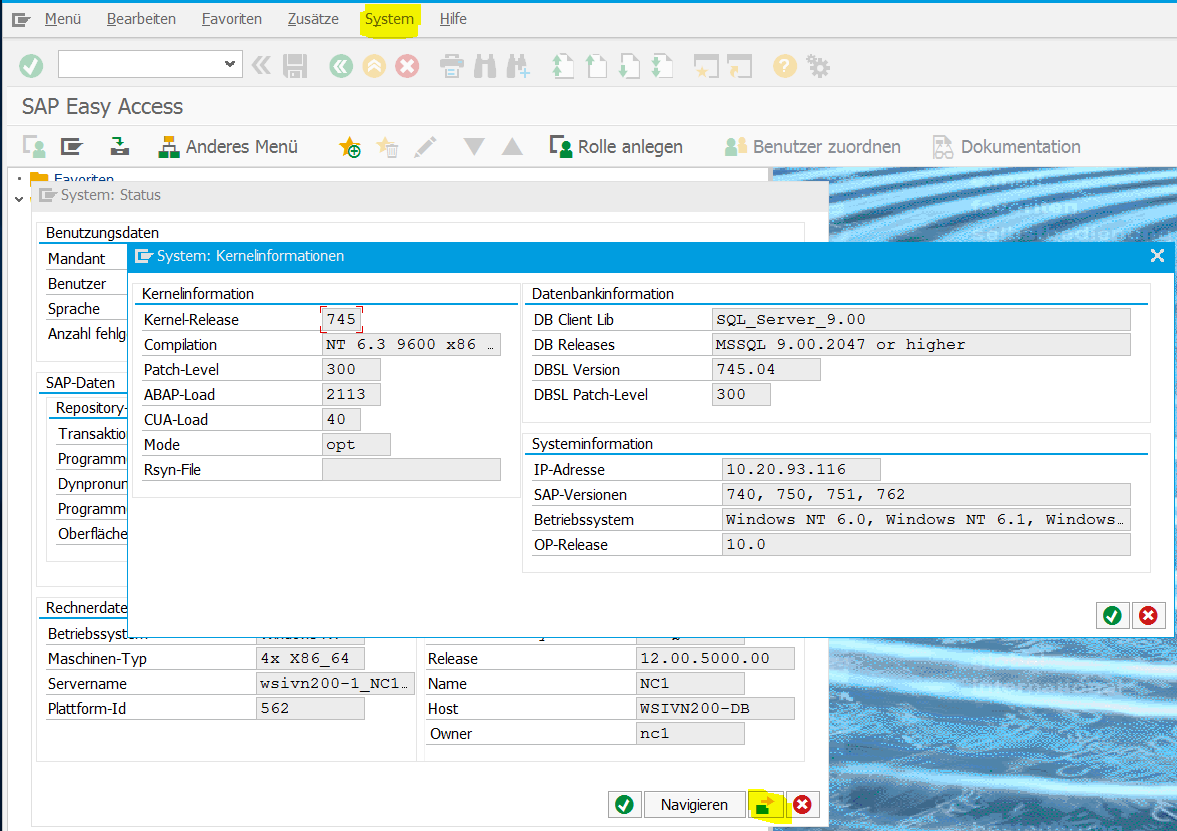