A Cube View with more values than the associated Dimension View

If some values in the field is missing in the dimension view, query might get unexpected result.

Here is an example:

A dimesion view is defined on table ZGLNAMES like this: 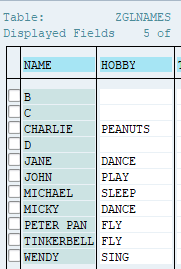 Here we have name values PETER PAN and TINKERBELL.

As the representative key is Name, it means this is the master data view for Name. It has a text association and a hierarchy association.

The text view ZGL_NAMET is define on table like this: (See details about Text CDS view definition）

Here we can see Name value PETER PAN and TINKERBELL have text.

The hierarchy association provides a hierarchy STORY1 like below in RSH1: (See details about hierarchy CDS view definition)

Now the cube view is defined on table ZGLSUMMER

Cube view ZGLSUM is associated to the dimension view ZGL_NAME

Here is the summary of important facts of the data model above:

The Effects of the Inconsistency

A query is defined on the cube view like this: 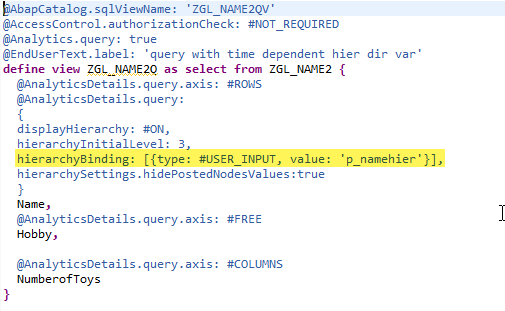 When run query 2CZGL_NAME2QV without hierarchy active, that is, no input in the variable screen, the query result is as below. 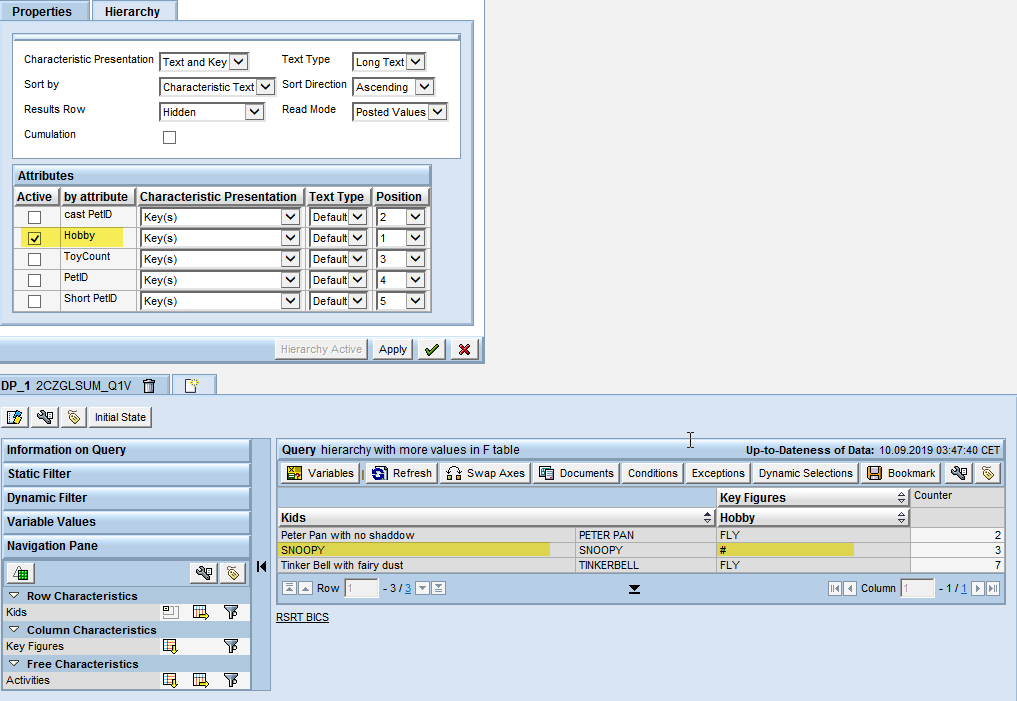 Here we can see all three values are returned from the cube view.

However, as value SNOOPY is not in the dimension view, it gets no text and the display attribute Hobby is '#' (not assigned).

In the navigation Pane, if we click the filter button on Kids (that is, field Name), SNOOPY is not listed although it is in the query result:

The variable screen F4 would have the similar effect.

In HANA Studio, run sql statement as below:

The inconsistent value SNOOPY is found out.

Then add this value into the dimension view.