CDS views provide a very flexible way to create a transient query to run on Analytic Engine. There are some basic rules to follow in data modeling.

The picture below helps to understand the idea behind it: 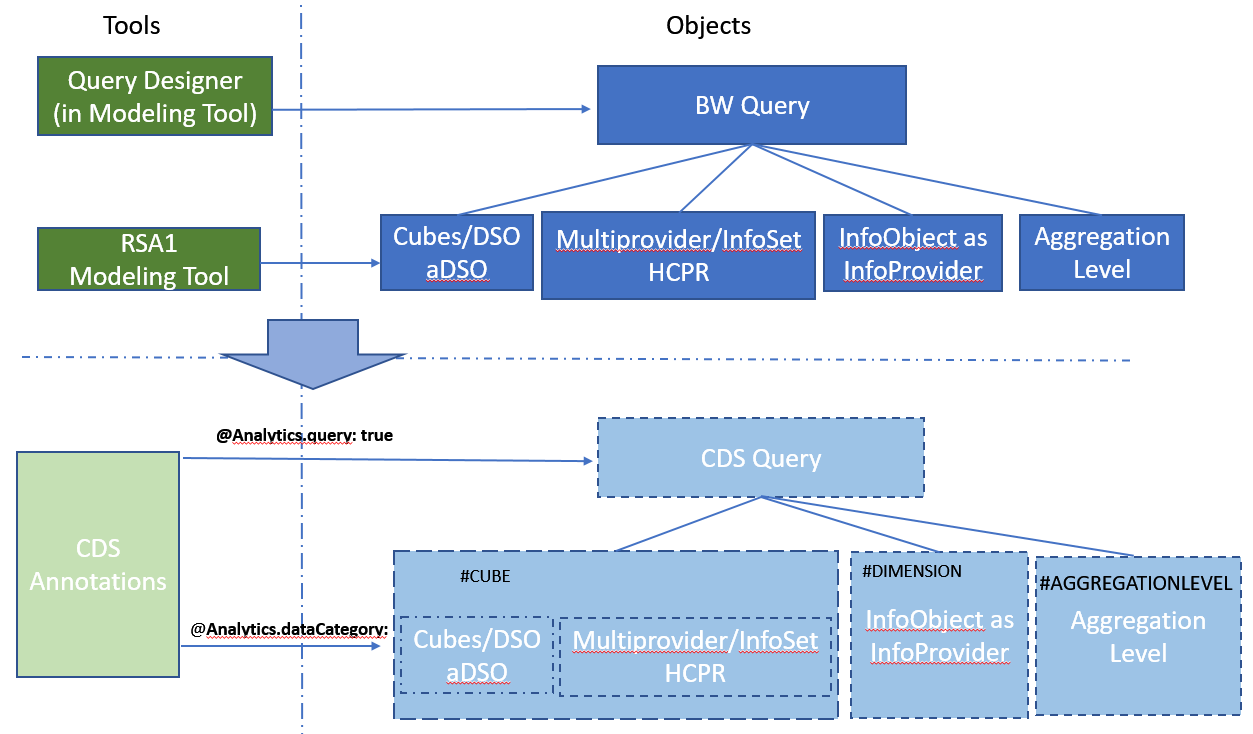 As CDS query runs on Analytic Engine (in BW, it is called OLAP Engine), the data model should still align with traditional BW assumptions. CDS views just provide a faster, easier, more flexible way to build up such a data model.

It is similar for a transient query to run on the Analytic Engine in a non-BW system such as S/4HANA. The lower part of the picture shows this: InfoProviders should be built by using CDS views, then CDS queries are built on top of it by using CDS views, but with different annotations. (Note: planning are not supported in customer defined CDS. See Note 2874534)

CDS views are just a new tool to build the data model for Analytic Engine. The only difference is: with traditional tools like RSA1, Query Designer or Modeling Tool, the boundary of different objects are well defined in the tools. The tools guide end users to build a valid model. However, CDS views is much lighter tool with strong capability, by reducing the ETL (Extraction, Transformation, Loading) effort, a data model can be built very conveniently by typing some CDS scripts. But the boundary of the objects are blurred. The explicit restrictions defined in traditional BW tools become implicit rules for users to follow in order to build a valid model. Although there is no terms like 'InfoProvider', 'Query' in the CDS transient objects world, nevertheless users still need to bear this picture in mind while modeling a business scenario. With the concept, you will understand and know: where to define what .

Here are some implicit rules in data modeling, you may get various error when activate the CDS view if they are broken:

CDS reporting needs to define at least 2 CDS views as below: 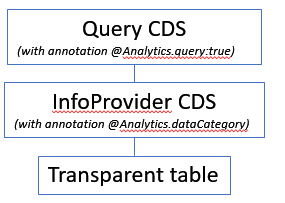 For data stored in cluster tables or other encrypted data, a tool is needed to extract data into a transparent table for embedded reporting.

Here are more details about modeling considerations in different situations: