BW75 system on ORACLE with BWA

Our simple test queries are defined on an Infocube for which a BWA index exists. We compare the trex statements(used by Hana and the BWA, see HANA Analytics-API) with the SQL statements for both queries. The only difference between these two queries is an additional filter(which does not change the result) value for the characteristic Customer(0VC_CUST) which leads to the usage of the feature Convex Hull(by default only when SQL is used):

You can see that via trex only 5 records are handed over to the Analytic Engine, when SQL is used we once 775 and once even 1145 records(convex hull applied). 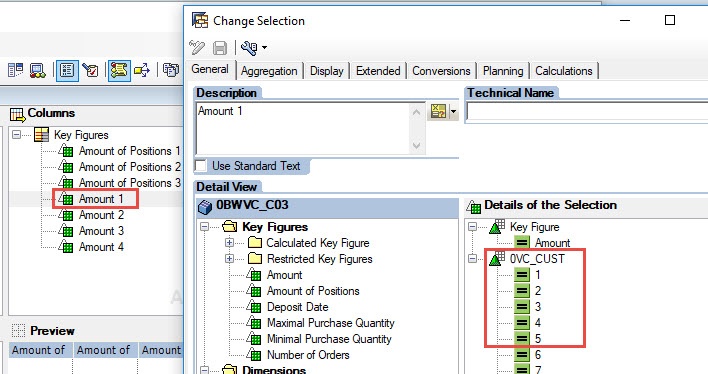 The queries have 7 restricted key figures which leads to so called 7 FEMSes. The 4th key figure(FEMS=4 in our case) is restricted to a long list of single customer values. In case this number is larger than 128(or when the number of local selections is bigger than 40), the system uses convex hull when creating SQL statements.

We run the query in Transaction RSRT and use the button Execute&Debug to get the trex statement and statistics data displayed: 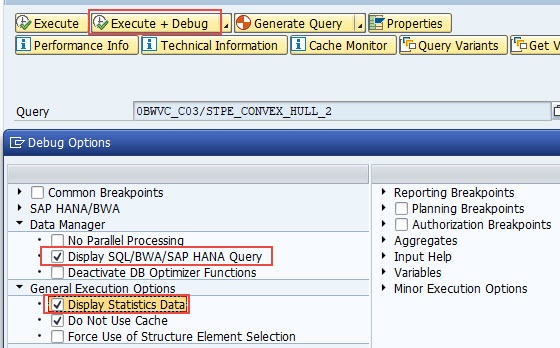 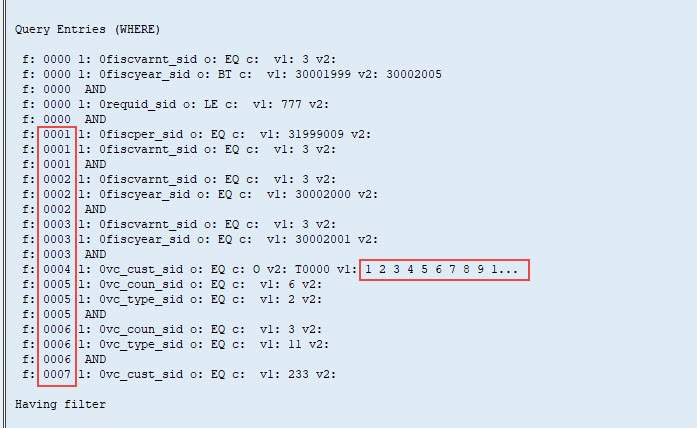 Now we run the query again and use the button Execute&Debug to get the trex statement and statistics data displayed and to force the query to use SQL: 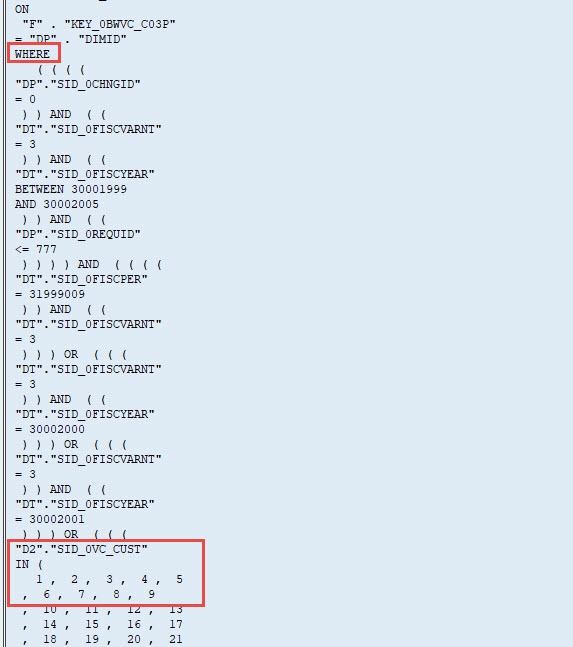 The local restrictions are connected with a logical OR. The Analytic/OLAP Engine has to check afterwards every record and assign it to the corresponding restricted key figure(see also HANA Analytics-API).

The trex statement is basically the same when comparing query 3 with 2. However, when SQL is used the system applies the feature convex hull and simplifies the SQL statement: 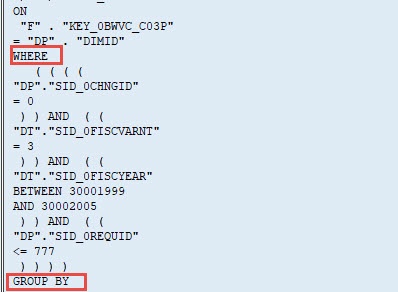 You can see that the SQL statement has been very simplified which also leads to a higher data volume from the database.