This new type of variables is available as of BW 740. It is a characteristics variable with replacement path by 'Current member' and can be used in restricted keyfigures together with a shift operator. For each cell in the query result, the "Current Member" will be replaced with the restriction of the corresponding characteristic on this cell (static filter, dynamic filter, restriction generated by the drilldown chars... see Processing of Filter Values).

The following very simple example should convey the basic idea of this feature. It is a sales scenario, with Calendar Year/Month in the drill down. Calendar Year is restricted to 2007 in query designer (global filter). 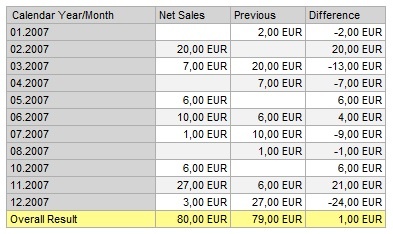 There are three key figures: 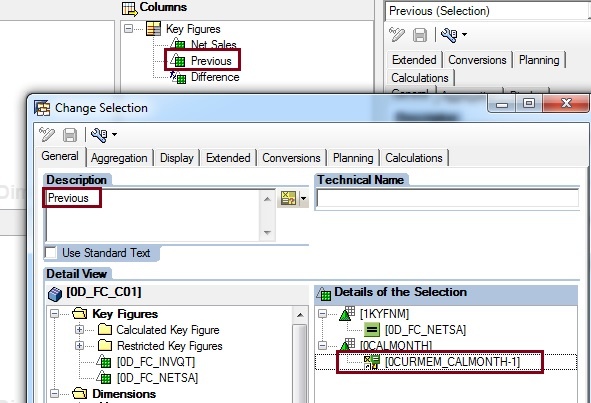 In order to better understand OLAP features, it is recommended to play arround with the delivered sample queries in transaction RSFC (How to use RSFC, see KBA 1508237). Regarding Current member Variables are 2 sample queries.

How to search related code fix