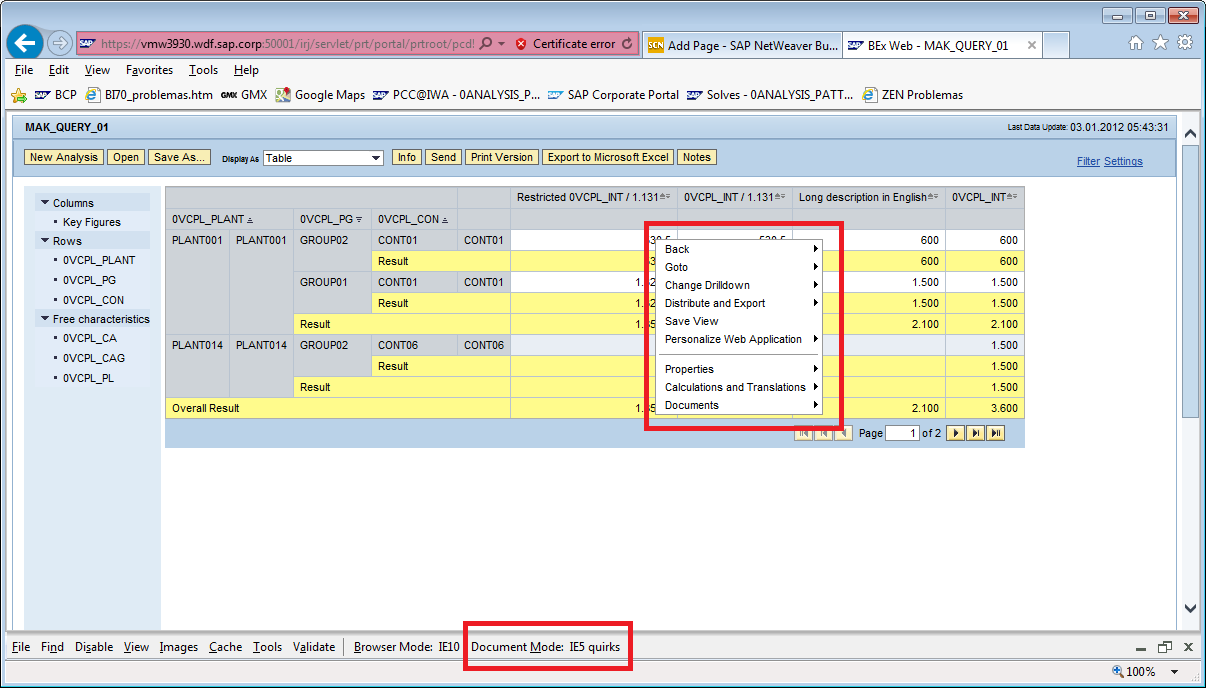 If the IE standards mode is used, the iView also gets cut off.

Other applications, like Design Studio, require rendering mode IE9 standards or "Edge" (IE11), like documented in note 2077647. It´s not possible to mix applications with different requirements for the rendering mode on same page. The Internet Explorer uses the document mode, which is set on top level for all content on the same page. If you are using a framework, like an Enterprise Portal, BI Launchpad, NWBC, CRM UI etc., it depends on which document mode is set there. If a different rendering mode is set somewhere on a lower level, e.g. at iView level or application level by a meta tag, it won´t help.

Normally, the Enterprise Portal sets IE5 quirks mode and hence there shouldn´t be an issue with BEx Web reports. However, in such case there will be an issue with Design Studio applications. You can find portal related details here: http://scn.sap.com/community/enterprise-portal/blog/2014/09/03/ie-and-portal-standardsquirks-mode-evolution-or-love-hate-relationships

BEx Web 3.X also requires the Compatibility View respectively rendering mode IE5 Quirks. It doesn´t work with default Quirks mode (QME) of IE10, which is described in note 2083661. The RSADMIN parameter described in this note sets IE5 Quirks mode via meta tag. If the report is started in a seperate browser window IE will use the correct document mode.