As explained in OLAP Cache, by default the OLAP cache cannot be taken by queries defined on virtual Providers. The following simple example shows how a query can use the cache when the so called 'cache validity' is maintained in trasnaction RSDIPROP.

Virtual Cube based on HanaView 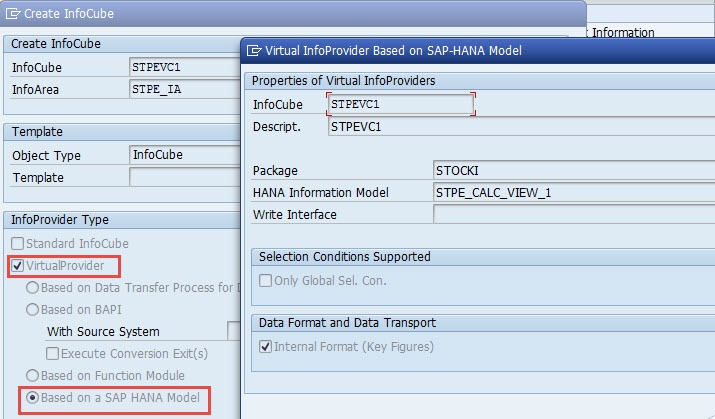 A query based on this Provider can only use the cache when the following paramter is set in transaction RSDIPROP:

This means that a cache object has a life time of one hour. When a query is executed it is checked whther the propper cache object is already older than 3600 seconds. If yes, the object is not taken and the query has to retrieve the data from the database. Afterwards it creates a new cache object(which again can only be used for one hour).

In addition to the cache validity defined on the provider level, the query has to have the correct cache setting: 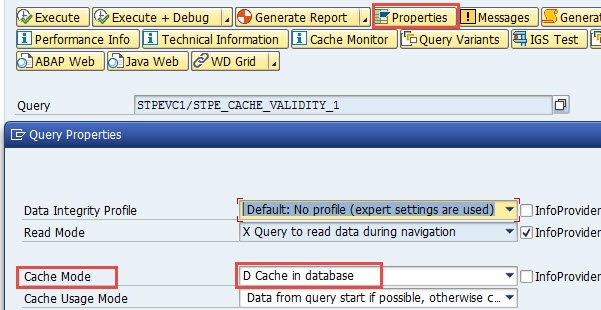 One possibilty to check whether the query really has used the cache, is to take a look at the runtime statistics in transaction RSRT: 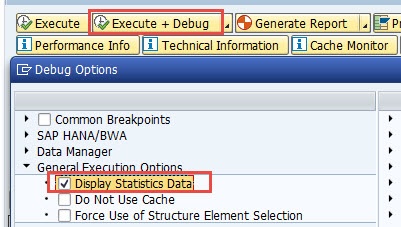 In case the cache was used, there shouldn't be a record regarding the DataManager(which handles the database access):

In transaction RSRCACHE we can find the corresponding cache object: