Query based on Multiprovider, report RSPP_PART_MAINTAIN was used to define meta data partitions

With the help of the report RSPP_PART_MAINTAIN the following entries in the table RSIPRORANGE were generated:

The query has no global restrictions but two local filters (see Filter Values) regarding the characteristc 0CALYEAR used to define the partitions. One key figure is restricted to the year 2014 and the other one to the year 2015. 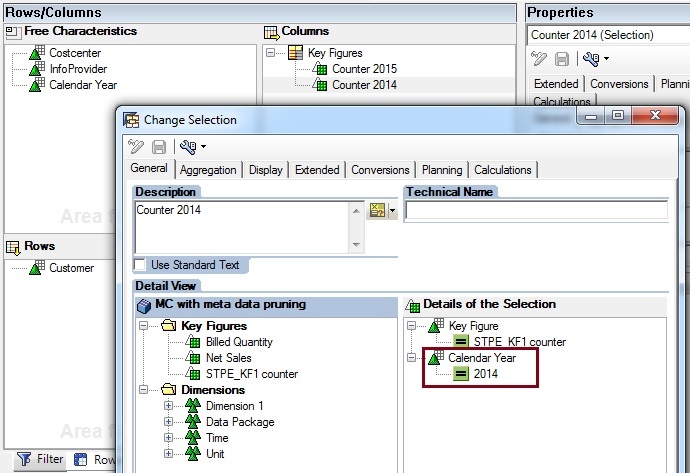 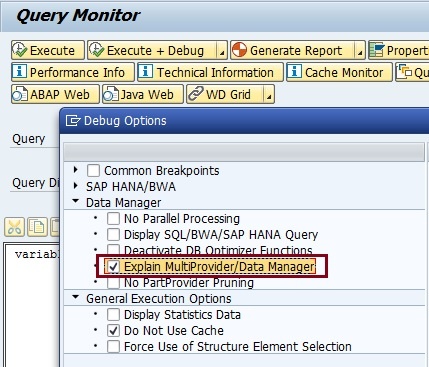 The partprovider(partition) STPE2013 contains only data ou to the year 2013. The query has two local restrictions 2014 and 2015. The system determines the superset of all relevant local restrictions and calculates the intersection with the global hard filter. Since the sample query does not have any global filters the relevant restriction used for pruning is 0CALYEAR=2014,2015. Hence the partprovider STPE2013 isn't accessed at all. 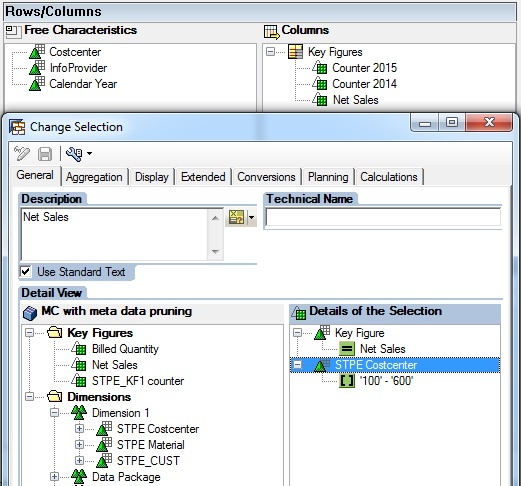 The key figures is not restricted regarding the reference characteristic0CALYEAR and hence the superset of all local restrictions is empty (no restrictions at all). This means that no pruning can take place.