Query based on a HCPR which contains a SPO

The SPO(Semantically Partitioned Object) used in the HANA CompositeProvider is the same as in Example 3, it has the follinwg three partitions:

The HCPR is based on the SPO and one Infocube and one DSO: 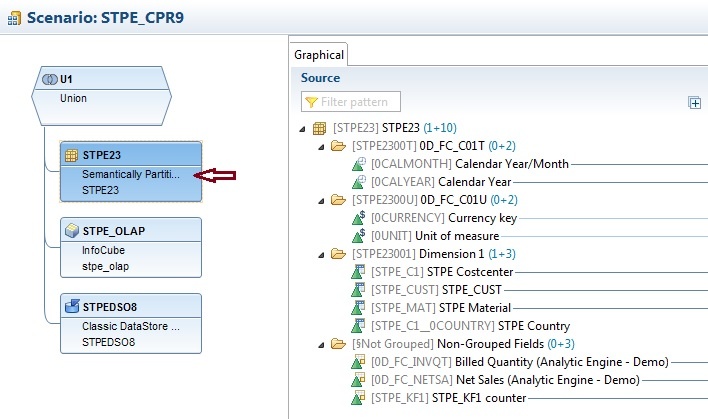 In the Query there is a restriction(soft filter, see Filter Values) regarding 0calyear which can be used for pruning 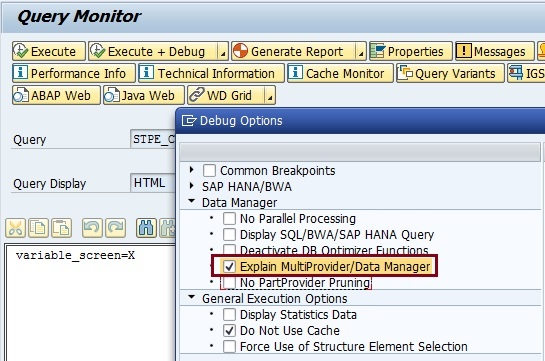 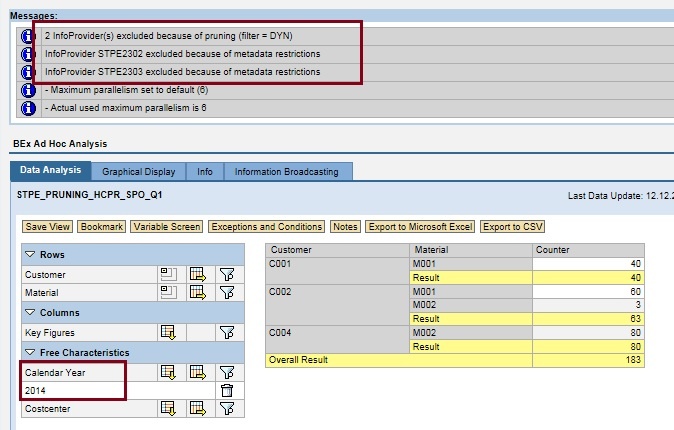 In case you check the runtime statistics, you can see as well that certain providers weren't accessed at all. Since the query is based on a HCPR, it uses by default the Trex/Hana API to retrives the data from the data base. This means that the relvenat information can be found at the tab 'Aggregation Layer Cluster Info': 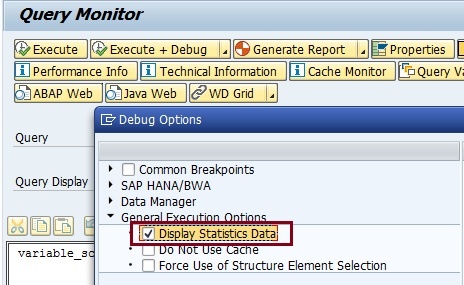 As expected, only the partition STPE2301 was read.