For InfoCubes and DSOs, restrictions for a time characteristic can be converted to corrsponding restrictions of the time characteristic used for pruning. For example, a restriction for 0CALMONTH is converted to a corresponding restriction for 0CALYEAR and the pruning is then performed. In order to guarantee a correct query result, the corresponding time dimension must be consistent. Hence, in case of inconsistencies (see also Inconsistent Time Dimension) the pruning for the affected partprovider is switched off.

In the following we consider a query which is based on a HCPR containing two DSOs. Pruning partition criterias are defined with the help of the report RSPP_PART_MAINTAIN. We will see that a consistent 'time dimension' (for a DSO which has no time dimension, the system checks in the table with the active data all values of all time charcteristics) is a prerequisite for pruning.

The two partproviders contain only dat for the year 2013 and 2014, respectivelly. The pruning relevant information is stored in the table RSIPRORANGE:

The DSO DTPEDSO2 contains one record with inconsistent values for the time charcteristics:

In the table RSMDATASTATE the flag ODS_TIME_CONS is set to false:

When we run the corresponding RSRV check, the following warning is issued:

The following simple test query only has one global restriction(hard filter) where 0CALMONTH is restricted to 11.2013. Since 0CALYEAR is used to define the pruning partitions the system needs to convert the month 11.2013 to the corresponding year. Since the DSO STPEDSO2 which contains the data for the year 2014(and hence can be excluded) does not have a consistent time dimension(the query checks the flag ODS_TIME_CONS in the table RSMDATASTATE) pruning is not done for this partprovider! 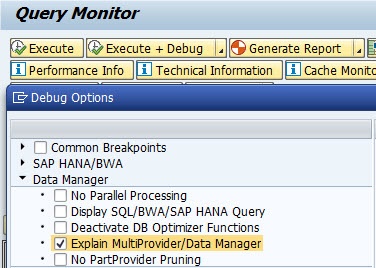 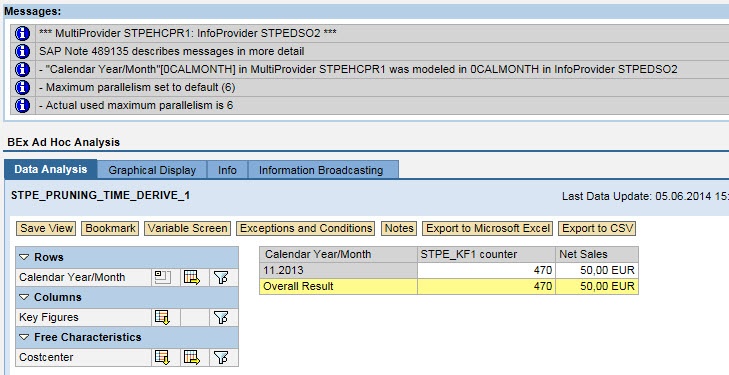 Please note that there is no corresponding message regading excluded partproviders. If the restriction is changed to 03.2014, pruning works since the other partprovider (STPEDSO7) with the consistent time dimension is concerned: 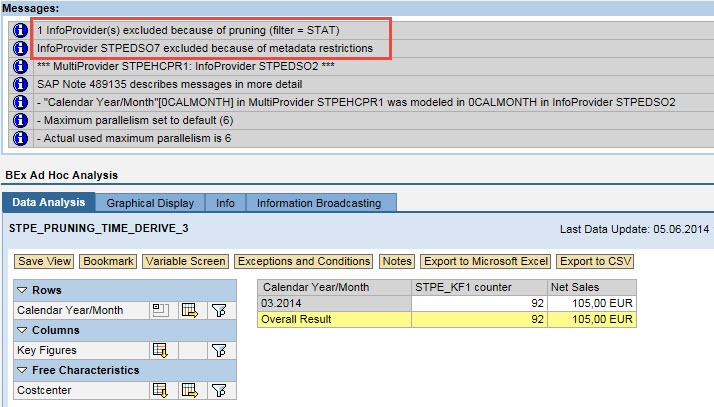