Structure elements in Bex queries can have different conversion settings. In this sample query the first column is the basis key figure 0AMOUNT which has the currency fields 0CURRENCY assigned. The second column is also based on 0AMOUNT (with 0CURRENCY), but there is a currency conversion now active with the fix target currency USD. For every row now there are 2 currencies valid even so 0CURRENCY only consists of 1 entry.

When extracting data from these types of queries, the mapping in the transformation is very important.

For mapping the data directly to an InfoCube, the flag for 'currency conversion' is automatically set.

This allows to map the 'Amount' formula value and the 'Currency key - Amount' fields together to the target 0VC_AMT and NRAMO.

In the result now 7 records are created as expected because both target key figures 0VC_AMT and NRAMO are referencing 0CURRENCY and the TCURX conversions for JPY and KRW have been applied as well: 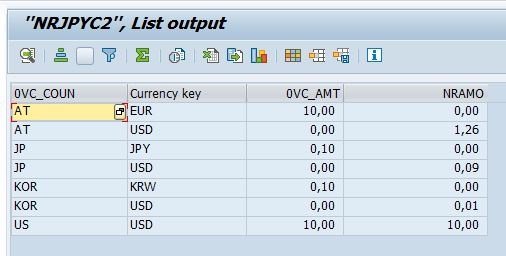 For InfoSource per default the 0CURRENCY can only be directly mapped. The corresponding CUKY fields of the formula are not mapped.

In the target InfoCube this has the effect tha the numbers of the formulas are transferred correctly but it is completely lost that the second column was converted to USD and the converted value will be displayed with the original currency.

As of SAP note 2438679 it is possible to set the flag 'Allow Currency/Unit conversion' in Transformations from source QueryProvider to target InfoSource as well.

With this flag set, the corresponding CURR and CUKY fields of a structure elements can be mapped to the target key figures together.

In the result the target InfoCube also contains the 7 records to include the information resulting out of the query currency conversion. 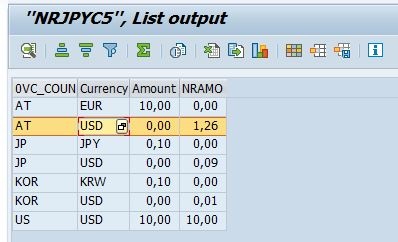