As explained in Improving BW Query Performance by Pruning, query pruning is done automatically based on the metadata restrictions defined in the Semantic Group.

The Semantic Group is based on cube-like ADSOs. Ther are 4 partitions which store different CostCenters:

The criterias are stored in the administration table RSIPORANGE:

The query has one dynamic filter(see Processing of Filter Values) regarding the infoobject ZATSTPE_3 which means that all ADSO but one can be excluded('pruned') when the query is executed.

When we run the query in Transaction RSRT, we can use the debug function 'MultiProvider Explain' to get information displayed about the pruning 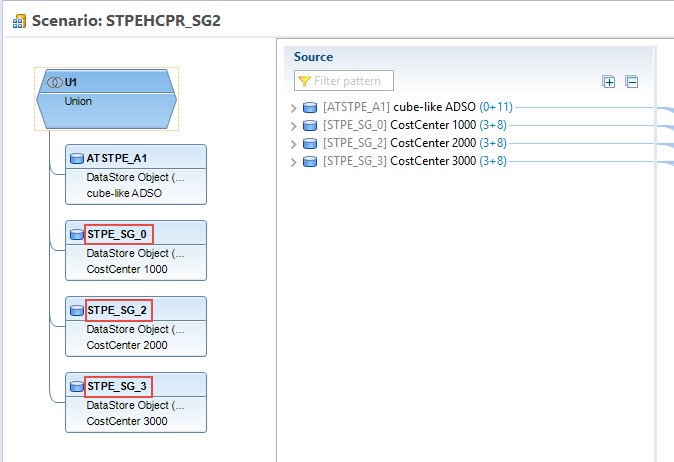 The ADSOs of the Semantic Group can also be used in other HCPRs. Also in this case the system generates corresponding entries the administration table RSIPORANGE.

Our sample HCPR contains three ADSOs from the Semantic Group from above:

The following entries in the table RSIPORANGE were generated automatically:

So, a similar query as above can also use the pruning information of the SG: 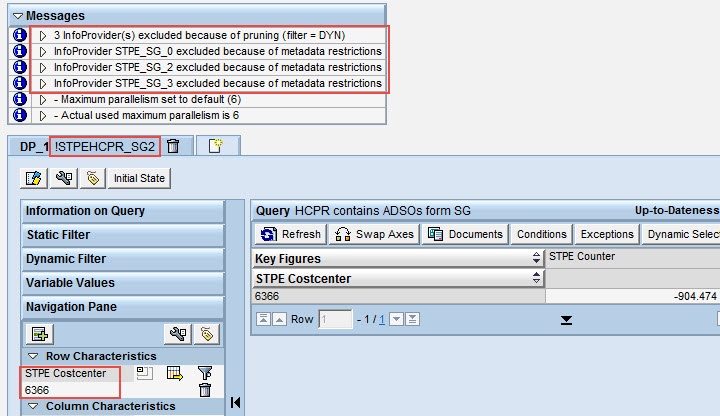