Using TransientProviders based on CDS Views in Query Designer

The goal of this Wiki is to give an overview about the naming conventions of the technical names and descriptions of the fields in a Transient CDS Provider(see Embedded Reporting on ABAP CDS views) used by frontend tools like Query Designer.

TransientProviders based on CDS Views using the data category annotation #CUBE (see screenshot below) can be opened using either the BEX Query Designer or the Modeling Tools Query Designer. 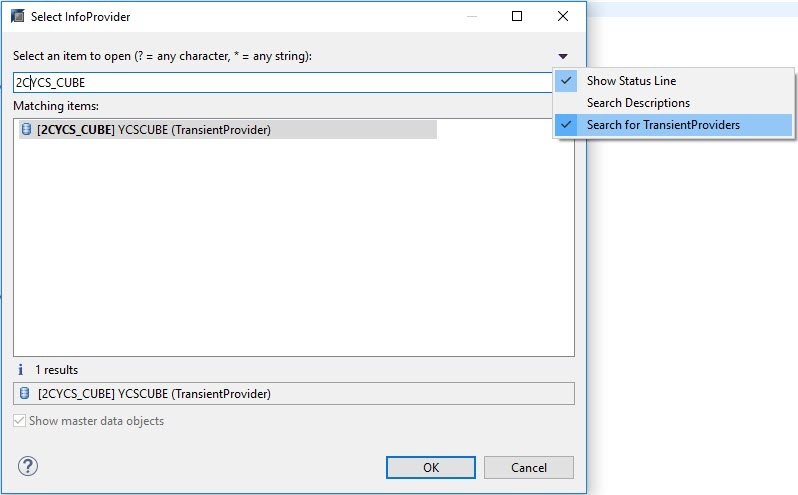 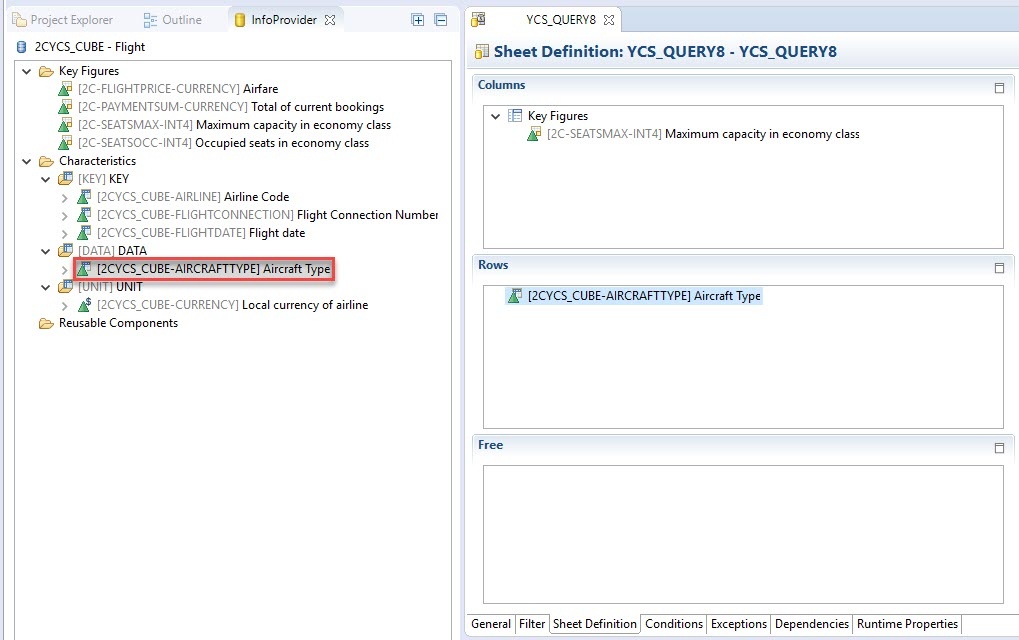 By default, the description - if not specified explicitly in the CDS View defintition(see below) - comes from the short description of the field in the ABAP dictionary ("Aircraft Type"). 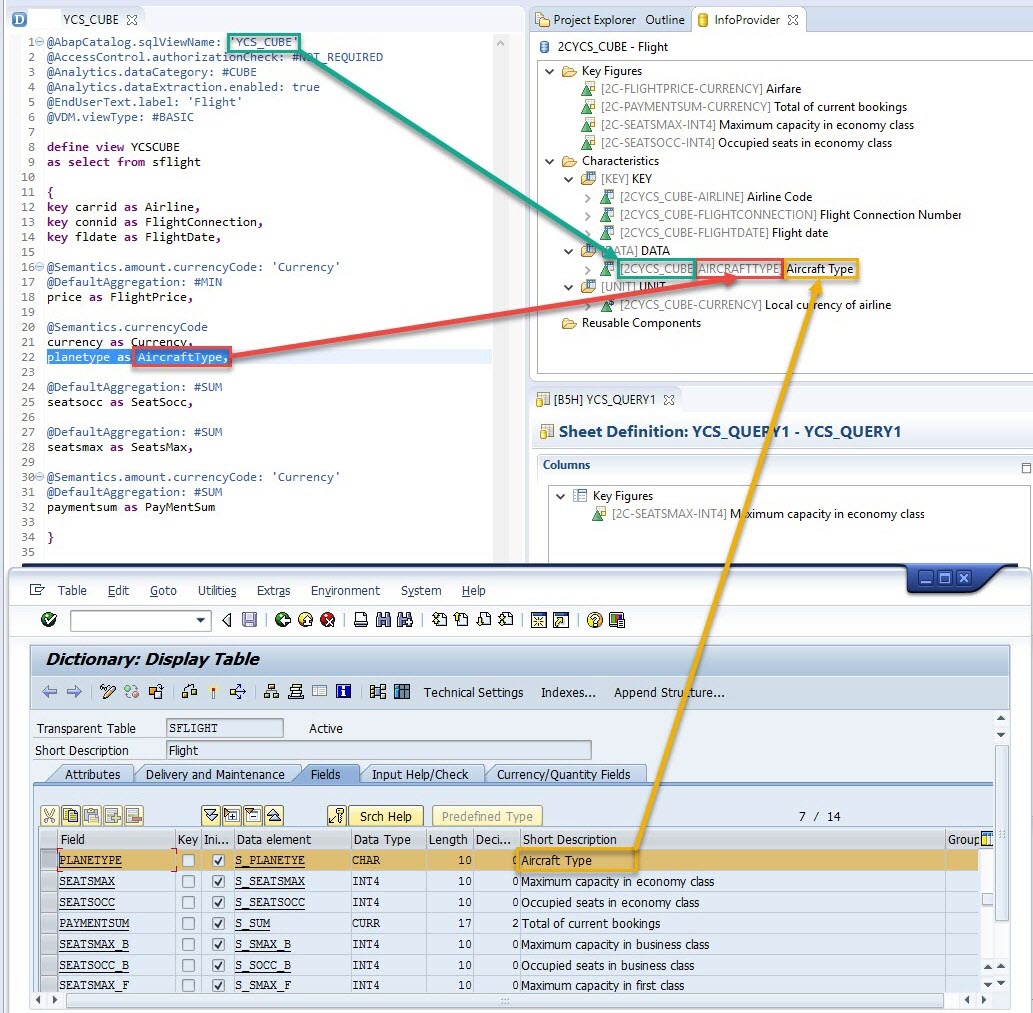 However, there is a BW Modeling Tools property('Preferences') you can use to get the long text of the corresponding data element displayed in the QueryDesigner:

The text has changed to 'Plane Type', see screenshot below.

In the BEX Query Designer, the description of the field is always taken from the field's data element (S_PLANETYE in this case). 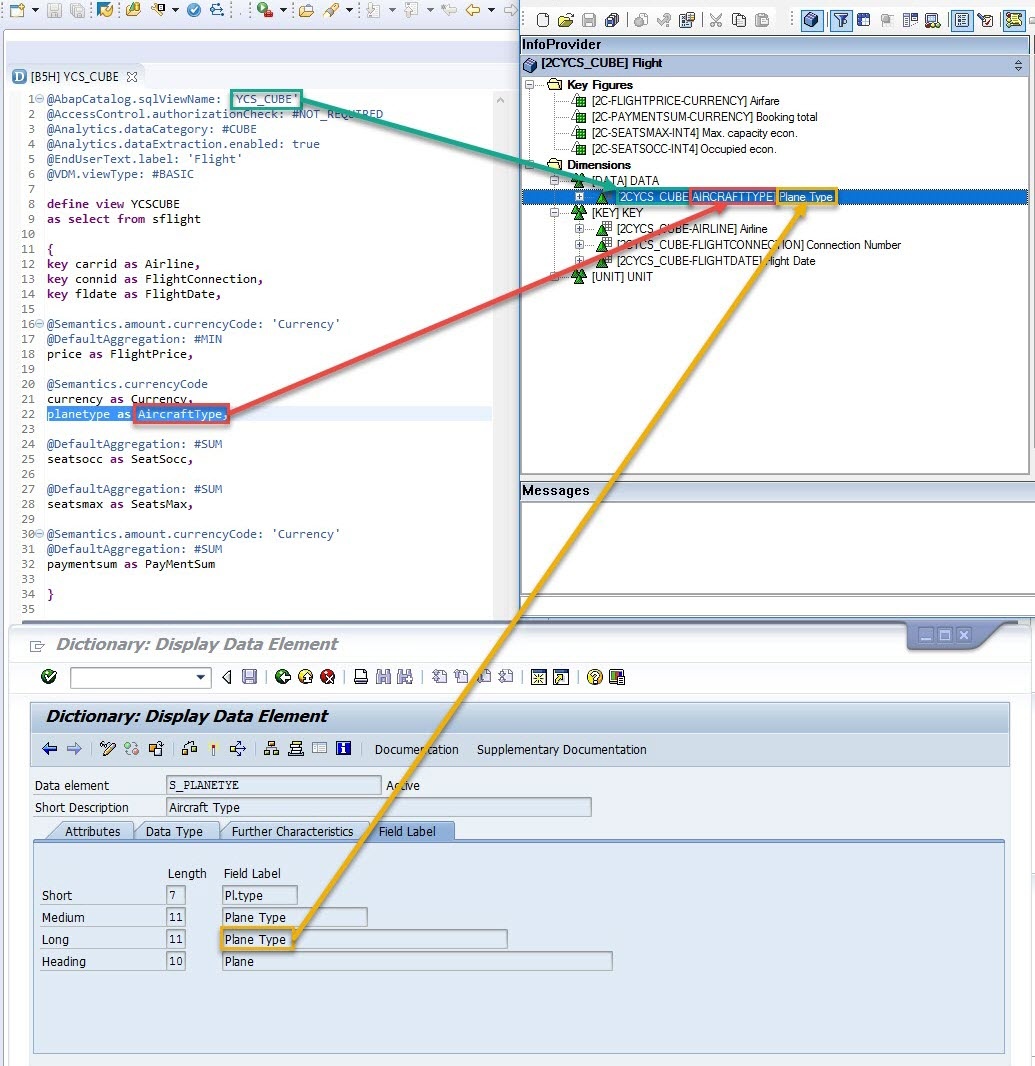 If the (concatenated full) length of the technical name exceeds 27 characters a generated name is used instead. 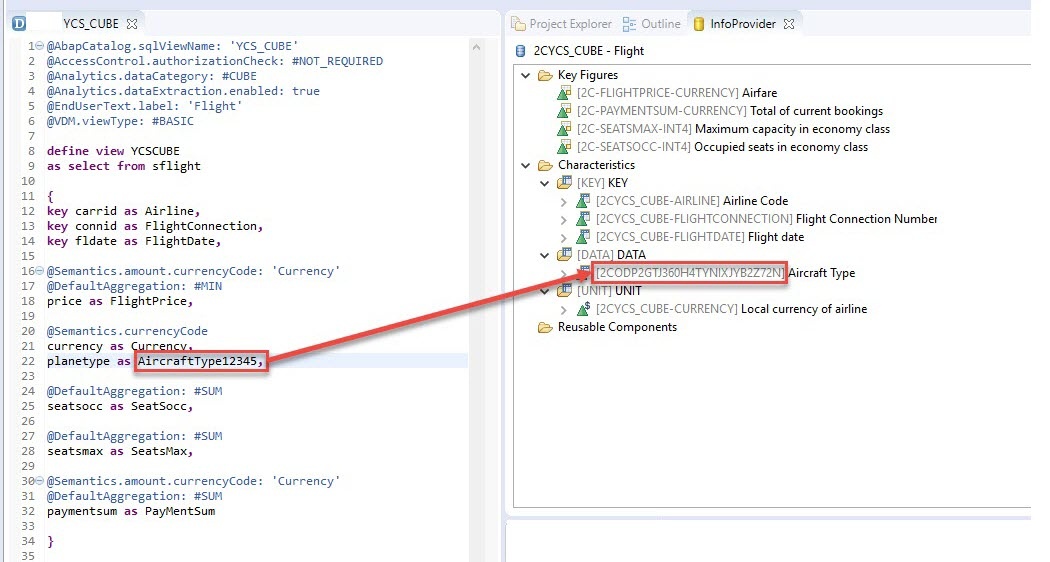 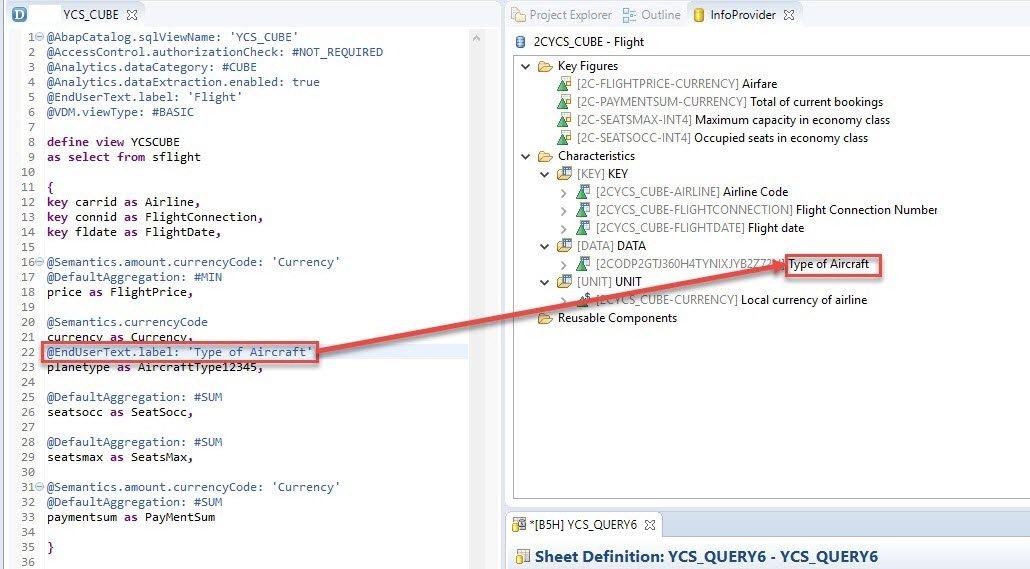