About the new Xcelsius servers in BOE XI 3.1 SP3

This article is part of a series

This article presents the 2 server types that will be added to the BusinessObjects Enterprise platform and dedicated to Xcelsius : Xcelsius Cache Server and Xcelsius Processing Server. It explains what they are, why we introduced them and how Xcelsius dashboards can leverage them.

The new Xcelsius servers aim at improving the performance and scalability of Xcelsius dashboards by introducing query caching. Up until now, any dashboard based on Query As A Web Service (QaaWS) will always retrieve data from the database, and no caching is possible within BOE across user sessions and even within the same user session. The only alternative is to use the Live Office connectivity and leverage scheduled instances of Crystal Reports or Web Intelligence reports.
The main feature of those new servers is to provide query caching to QaaWS based queries (and dashboards) so that data sets that have been retrieved from the database once can be re-used by the same user or other users, when applicable. The caching is done in memory and no report instance are required.

Also, the servers will have auditing capabilities and report successful or failed execution of a QaaWS objects. 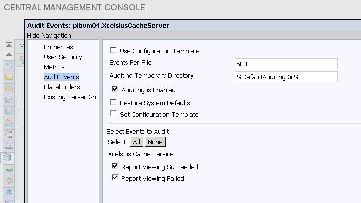 Let us take an example : 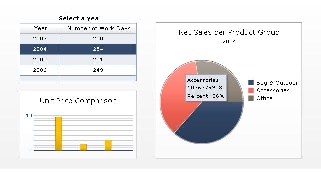 As the user selects a year from the list, the pie and column charts are updated with data coming from a Query As A Web Service. The user selects 2004 to view Net Sales and Unit Price data for that year. The request is sent to BOE and query sent to the datasource (database). The data set is retrieved and displayed. The user does his analysis and selects 2005 : the same process flow occurs. The user goes back to 2004 and...

Prior to XI 3.1 SP3
... the request is sent to BOE and query sent again to the datasource (SQL or MDX execution in the case of a database).

With XI 3.1 SP3
... the request is sent to BOE, the data set is retrieved from the Xcelsius cache server and sent back to the user.