Creating Hierarchies and Customized List of values in Webi

There is a report which has two prompts: Plan ID and Plan Date. Each Plan had data on a few particular dates. The user wanted to know just the specific dates on which the Plan had data. So the report had to buit in such a manner such that the user would be prompted to select the Plan IDs and then while selecting the dates the user should get the corresponding dates on which each plan has data.

This was implemented using the Hierarchy feature in the Universe Designer.

Step 1: Without the hierarchies the Report was displayed as below . The Plan ID and Dates are individually mapped to the objects nad each of tehm pick they their list of values from the datbase. Here the user gets the entire list of dates. 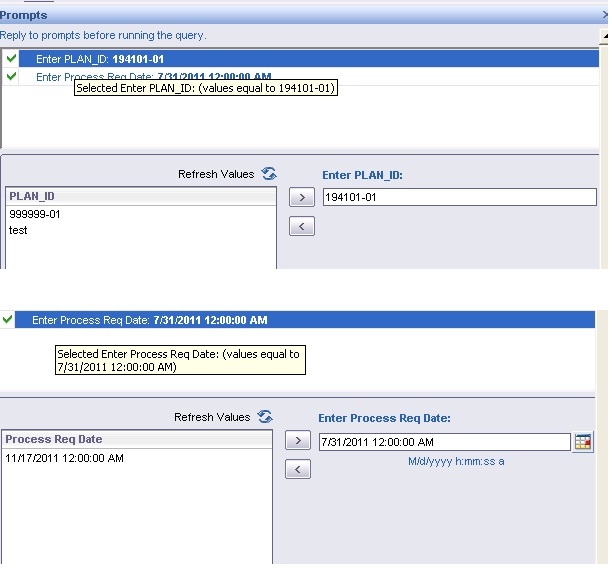 Step 2: Create a hierarchy in the Universe Designer. Go to Tools-> Hierarchies . Select the Custom Hierarchies Radio Button and then Click on New. Give a name to the folder and then add the required objects from the left hand pane to the right hand Pane. Here we add the Plan Id and Date objects. Once the hierarchy is created export the universe back to the Repository. the Hierarchies appears as below : 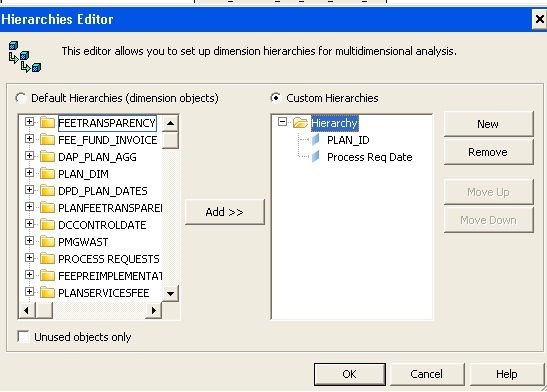 Step 3: Now try to pull the Webi Report. Now after selecting the Plan IDs  the user is prompted with a tree like structure when he selects the dates which shows the Plan Ids and its corresponding dates as below : 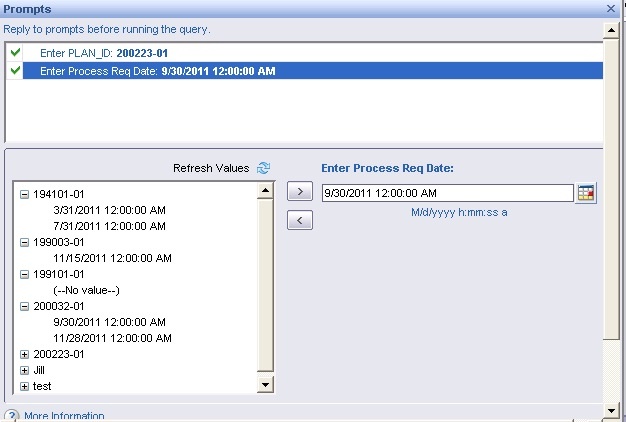