What does it do?

Upon opening an E2E trace, the plugin will first grab all relevant .glf files and the BusinessTransaction.xml contained within the folder, it will arrange all of the log entries in chronological order, so that entries from different logs are merged together and arranged by timestamp.

Some content, such as empty lines and log file headers, are automatically tagged and hidden, as they are not relevant for investigation.

Note: The errors flagged by the parser are not always errors which could cause issues during installation, they are flagged for informational purposes. In some cases, errors may be relevant where other errors are not and for this reason, we tag all of them. Use discretion when examining these errors to help determine what is relevant. 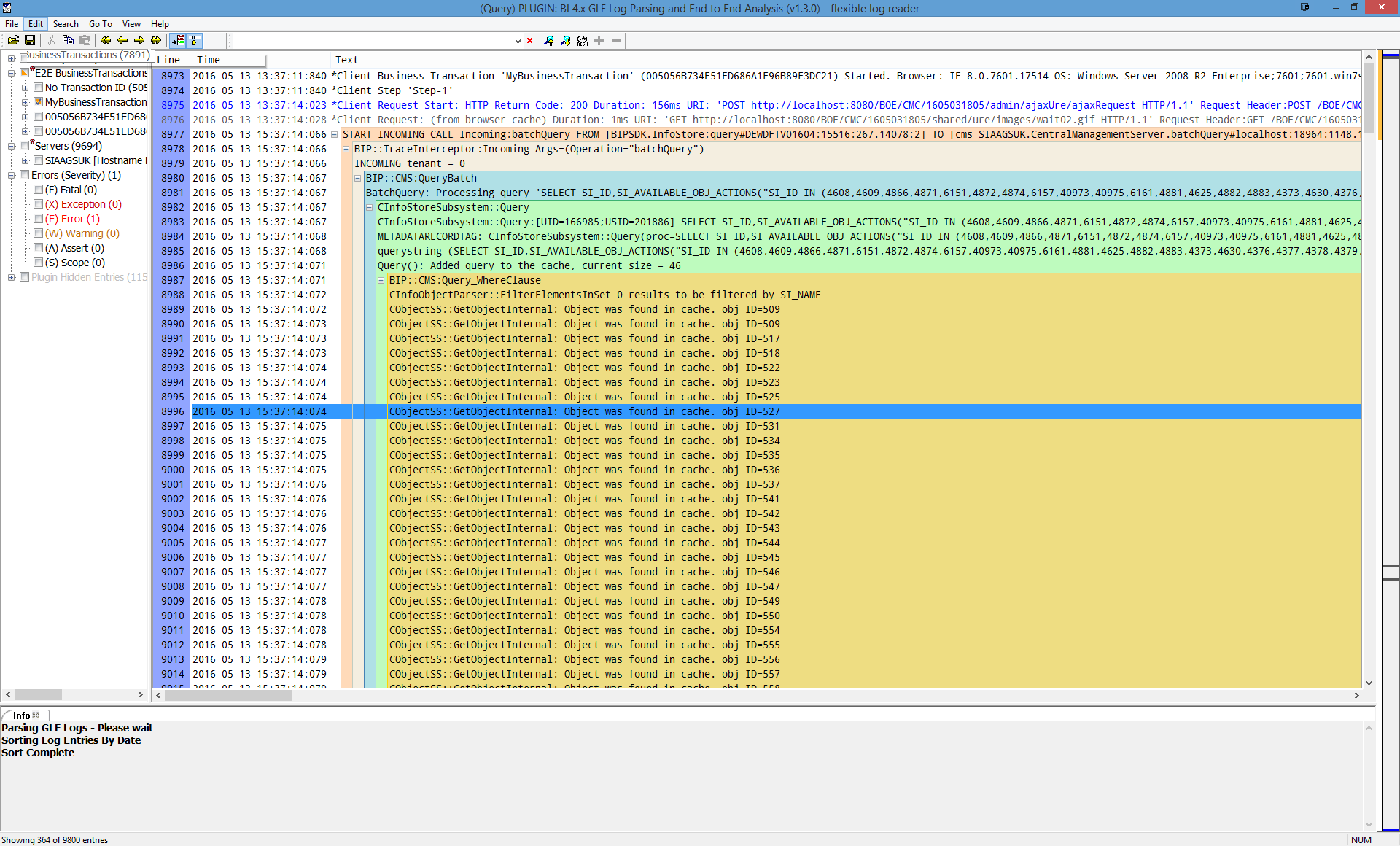