How does the Xcelsius caching work in XI 3.1 SP3

This article is part of a series

How to enable Xcelsius servers on BOE XI 3.1 SP3

The process flow and decision tree (on how a client request is routed) is presented in the following deployment diagram : 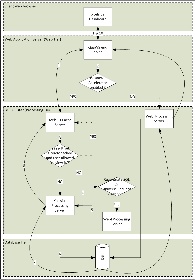 There are up to 4 main components involved in the processing of a QaaWS request :

After an "warm up" period where the cache is being built, it is expected that only #1 and 2 handle the bulk of the workload. #3 and 4 are more resource intensive and from a performance standpoint roughly equivalent to the pre-SP3 architecture.

How to maximize the benefits of caching

Based on the process flow described above, here are factors that will limit the benefits of query caching.