SP1 of Data Federator 3.0 adds support to SAP BW, allowing the creation of relational universes which provides an alternative to MDX reporting.

The SAP BW Connector is a SQL connector; with it, tools like Web Intelligence now have the option to connect to SAP BW trough Relational Universes where business objects are defined using SQL language.

The SAP BW connector is providing access to the SAP BW enterprise data warehouse, exposing an easy to use well known query language (SQL), allowing the combination of SAP BW sources with other sources (SAP or non SAP) and supporting large data transfers. 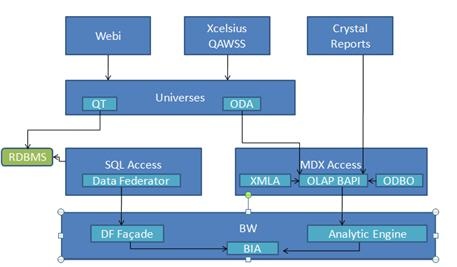 The SAP BW Connector is bypassing the OLAP Engine and can connect to InfoCubes, DSO and MultiProviders 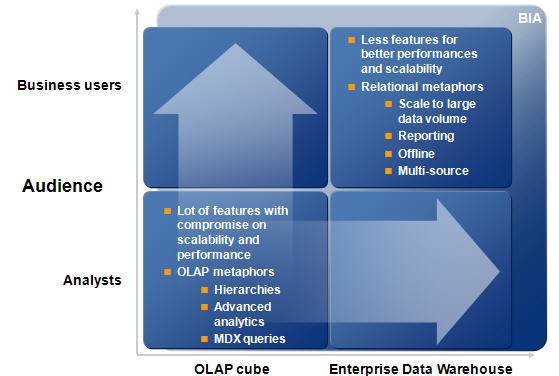 Olap Universes should be selected when:

Relational Universes should be selected as the solution when:

*SAP BW is used an Enterprise Data Warehouse
*Users are not familiar with OLAP (cube design, MDX query and object definition)
*Combining SAP BW with other sources (SAP or non SAP) is a requirement.
*There is the need of customizing Universes (data foundation, derived table...)
*When using Webi Intelligence there is the need to access DSOs.
* A large volume of data is managed
*It is posible to wait for Single-Sign On (SSO).

With the SAP BW connector you can connect BusinessObjects tools like Web Intellligence, Xcelsius, Polestar to SAP BW to accelerate access to relational data and combine SAP BW and non SAP information in real time (you can create multi-source relational Universes combining SAP BW and other sources supported by Data Federator).