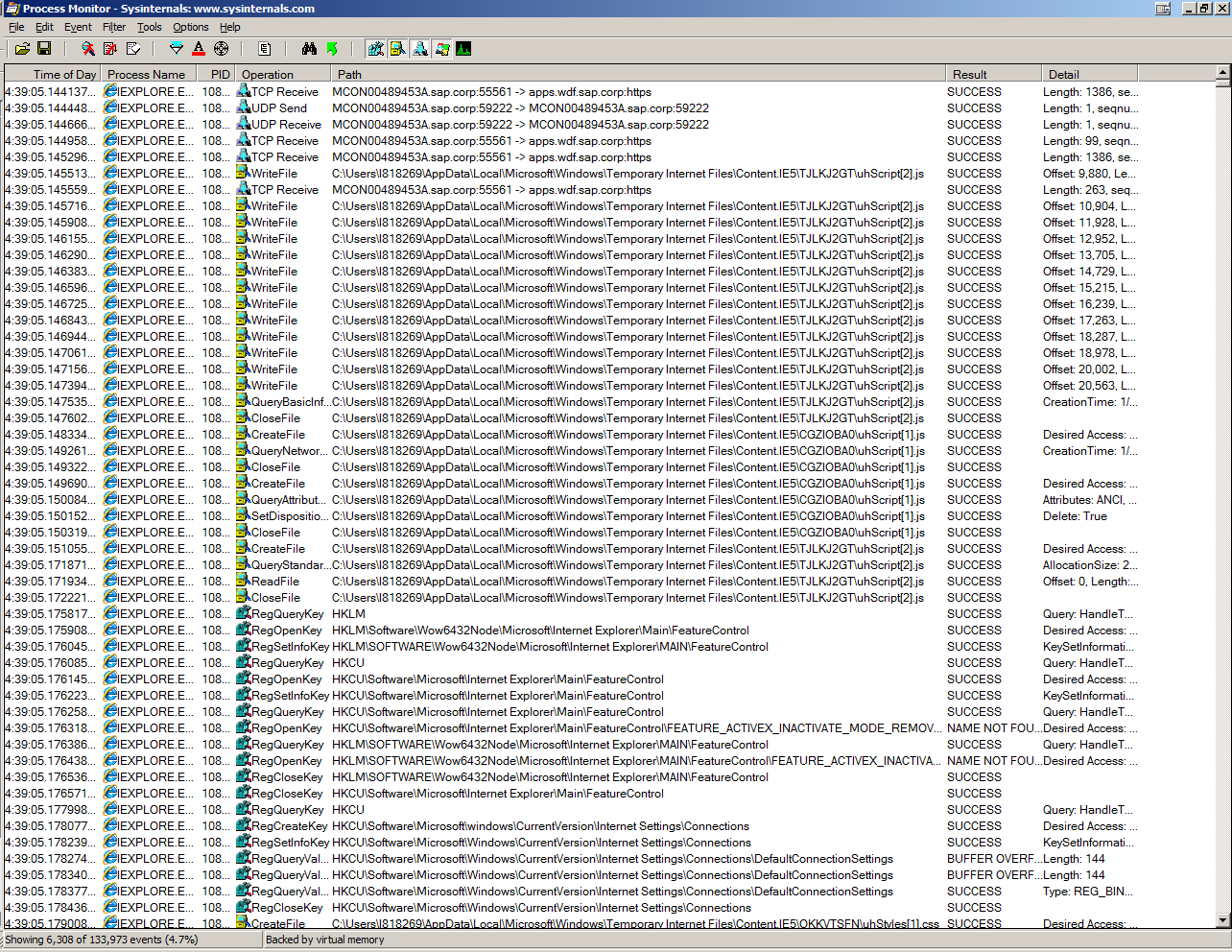 How to use Process monitor

You can activate the following traces:

Process: Tracks all process and thread creation and exit operations as well as DLL and device driver load operations.

Network: Traces and records TCP and UDP activity using Event Tracing for Windows (ETW). Each network operation includes the source and destination addresses, as well as the amount of data sent or received, but does not include the actual data.

Profiling: Scans all the active threads in the system and generates a profiling even for each one that records the kernel and user CPU time consumed, as well as the number of context switches executed, by the thread since its previous profiling event. Note: the System process is not included in profiling.