This is all true for stateful RFC sessions as we use them in Lumira.

Some advice how to analyze ABAP sessions.

Important the memory size of 7xx bytes and the "F=SYSTEM_RESET_RFC_SERVER" in the Application Info column are hints that a session is in the pool and its memory is released. 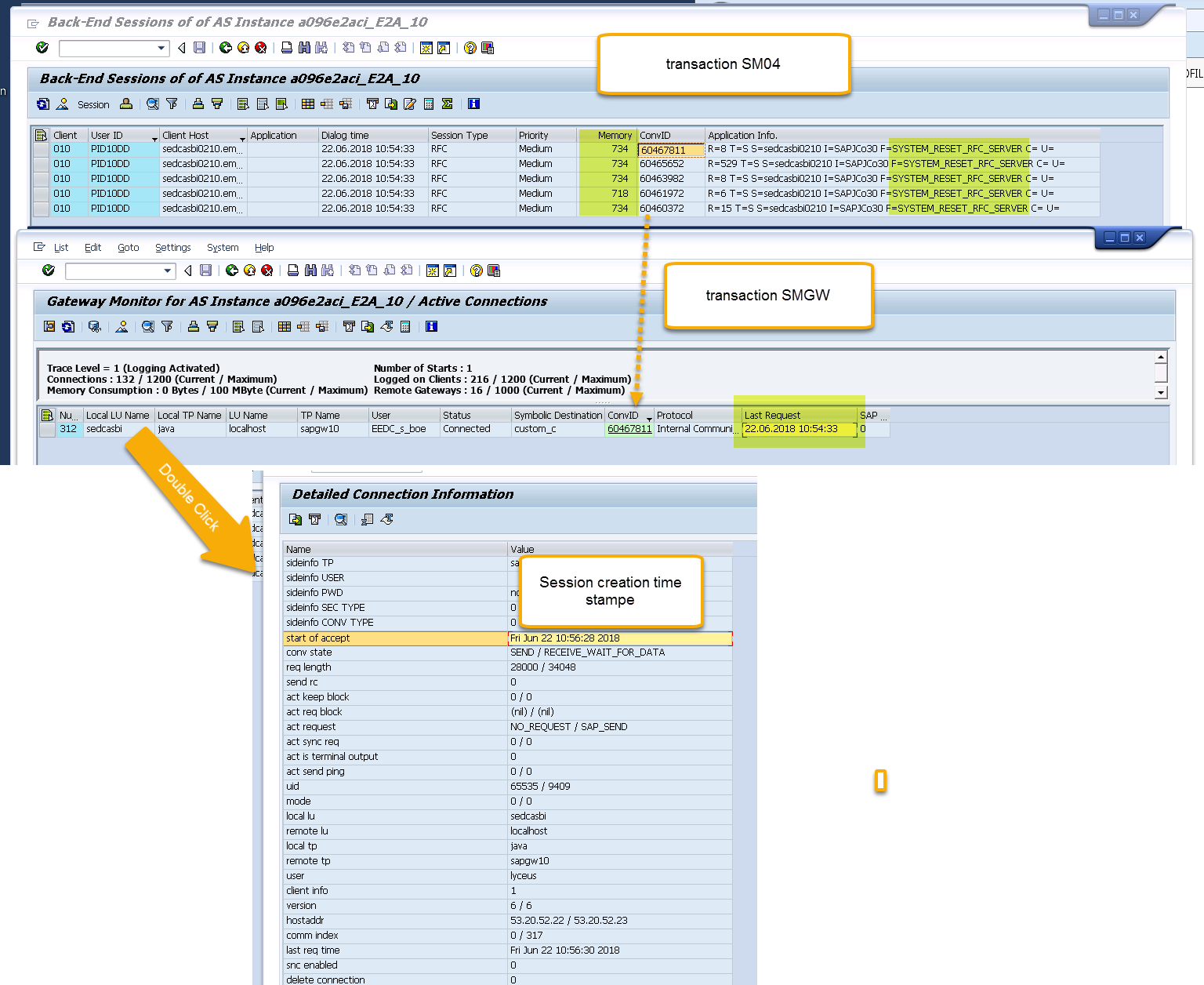 This is an example of 2 potential "hanging" BICS" seessions. the BICS layer has closed its sessions but for RFC they are still alive. The ConvId (ConversationId) can be found in the Java JCO trace as well:

For each JcoContext.begin the method JcoContext.end has to be called. In case there are more begins than ends, the session will not closed: