How to roll up Consolidation result data to higher group

Some customers have the requirement that the consolidated result data at lower level group is rolled up to higher level group after running consolidation. This can be achieved by setting an Audit member whose “DATASRC_TYPE” is set to be L.

Below is an example.

The property “DATASRC_LEVEL” for higher G100 should be set to be “Y”. For lower group G200,it doesn’t matter.

3), Configure a Elimination and Adjustment rule as below, which post data to the destination Audit “EIC_000”.

1), Below is the data before Consolidation. 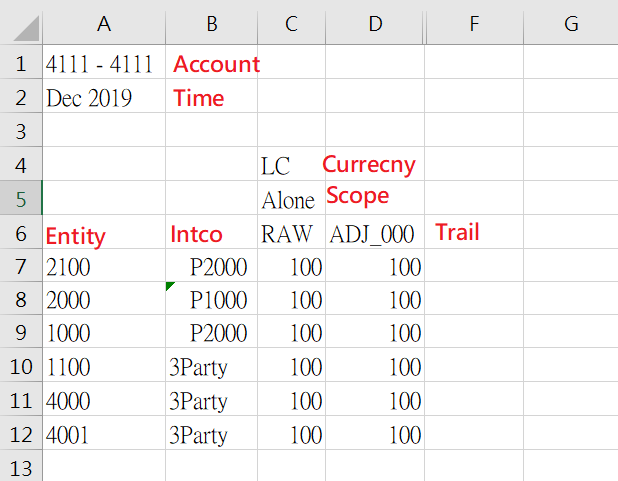 2),After translation and elimination ,consolidation result data of G200(under Audit EIC_000) is successfully saved to G100 under the Audit “EIC_100”.

Some customers have a more complex requirement that multiple “L” type Audits are required. In this situation, we need make additional configurations as below: 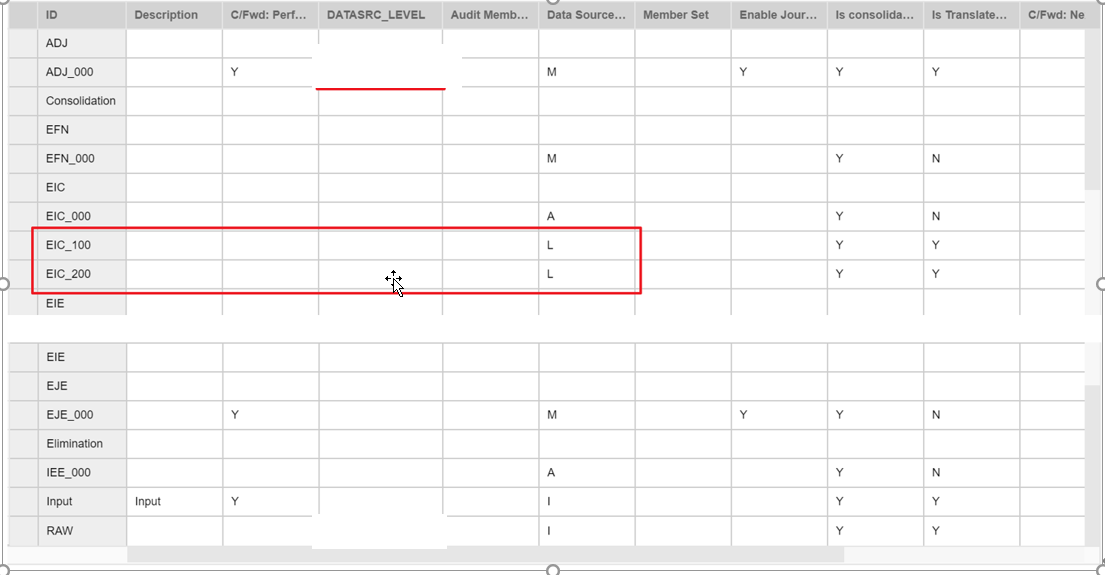 3), Add two rules and they have different Destination Audit.

4),For each one of the two destination Audits, set the property “DATASRC_LEVEL” to be one of the L type Audit. 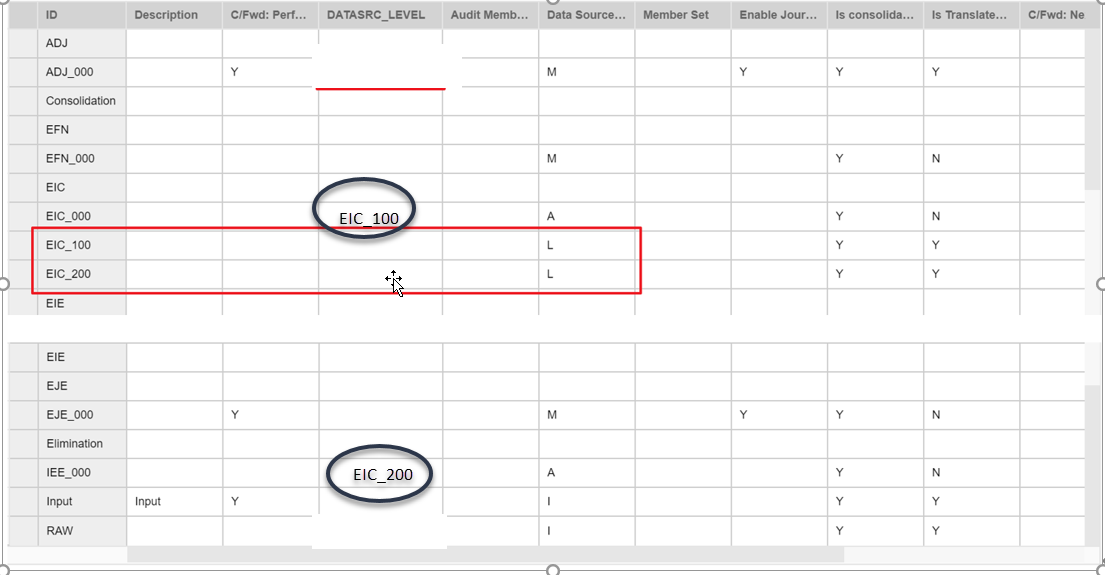 5),After running consolidation, the consolidation result of lower group will be rolled up to higher group under the Audit “EIC_100” or “EIC_200”.