At the beginning of SAP rollout in the corporation, in each country because these locations at separate cities had so many different requirements and situation, for making SAP rollout successfully as soon as possible we defined many different local customizing and process in SAP system, the component versions of SAP system were not same among these locations as well. At last it directly resulted in the actual situation as follows: 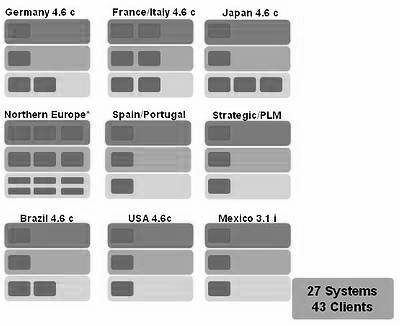 In order to consolidate all SAP R/3 systems and achieve the following targets:

We initiated a project of SAP consolidation process. The project aims to reduce the operative costs and promote the general untangling of complexity, increase the synergies in global projects, introduce standardized global processes and ultimately simplify the integration of new plants into SAP. Furthermore the "local systems" concepts were integrated for standardizing the financial and controlling structures. Moreover there were process changes or introductions of new software such as the SAP series production, and upgraded the SAP systems to the same version. 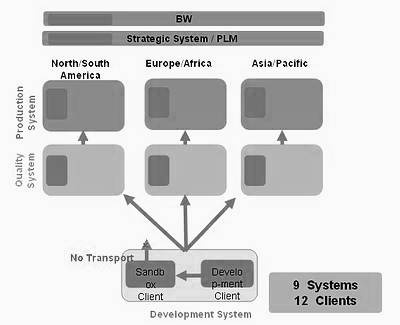