Campaign automation enables the modelling of different campaign elements, depending on customer responses.

There are the following campaign automation elements available:

Start node: The start node represents the campaign itself. This is no real process step but required for starting the whole campaign automation process.

Decision Node: A decision node can be used for defining the subsequent campaign steps. The decision node contains a list of rules that defines the follow up campaign elements to be executed.

There are the following workflows available in standard:

Each of the workflows requires some paramters to be executed properly, such as the segment, a communication medium and/or a mail form for being sent out.

The following shows a sample campaign automation process. The process is designed as following:

A mail containing a survey is sent out to each member of a target group.

Depending on the response (can be either yes or no) the following happens:

This process is designed using the following nodes: 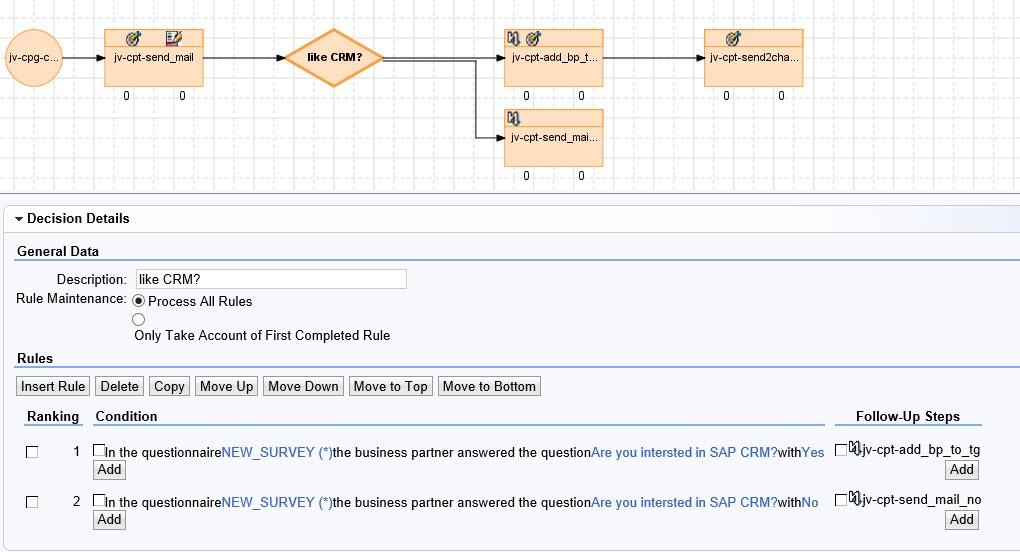 Depening on the rules within the decision node the response of the survey triggers on of the follow up campaign elements.

An empty target group is required for adding the business partners with positiv survey answer.

When now the campaign automation is started, each TG member receives the email containing the survey link.

The first TG member answers the survey with 'yes'.

The decision node is executed accordingly, and the next process step is executed to add the business partner the the newly created target group. 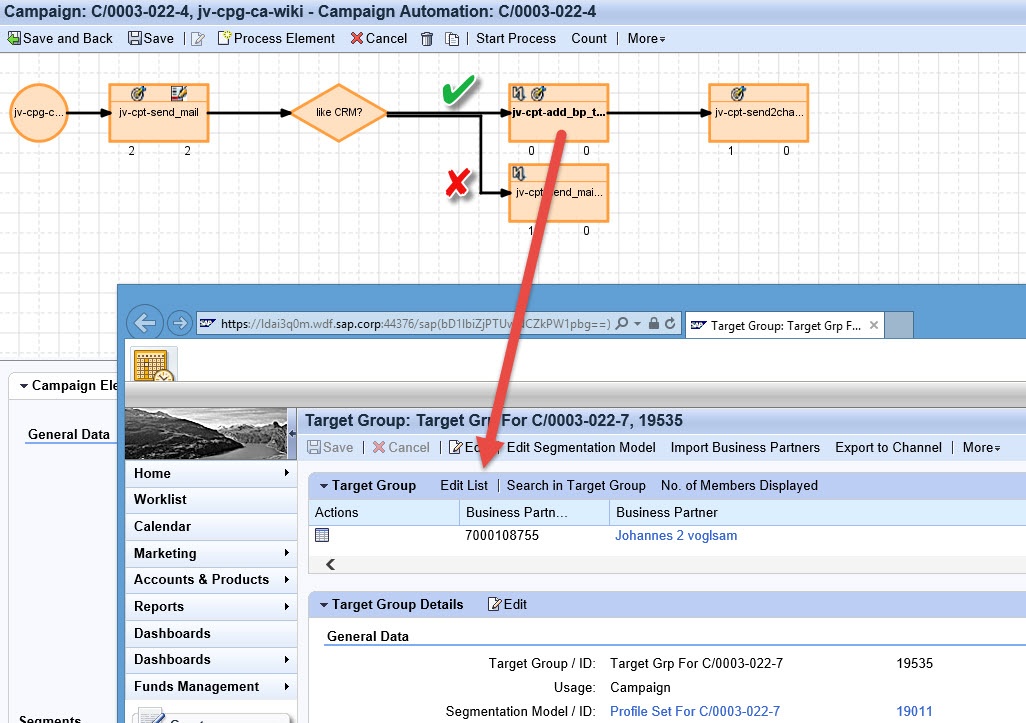 The second TG member answer the survey with 'no'. 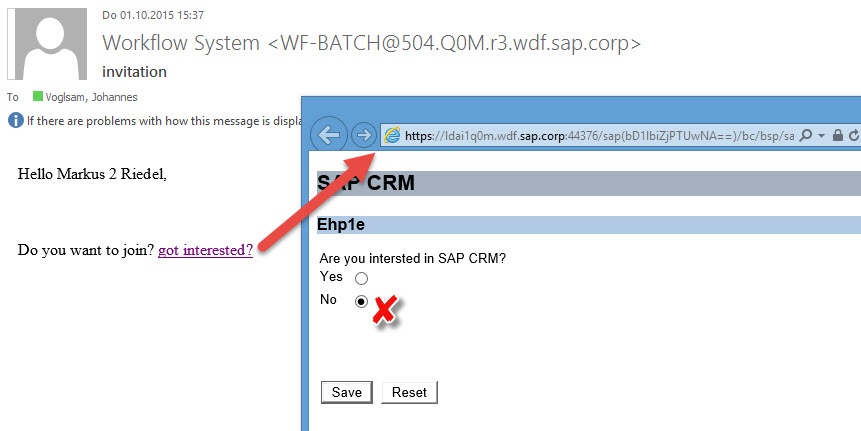 The decision node is executed accordingly, and the next process step is executed and a mail is sent to this business partner.

The required customizing is documented in the following note:

Using transaction SWI1 the exectuted workflow item can be tracked. 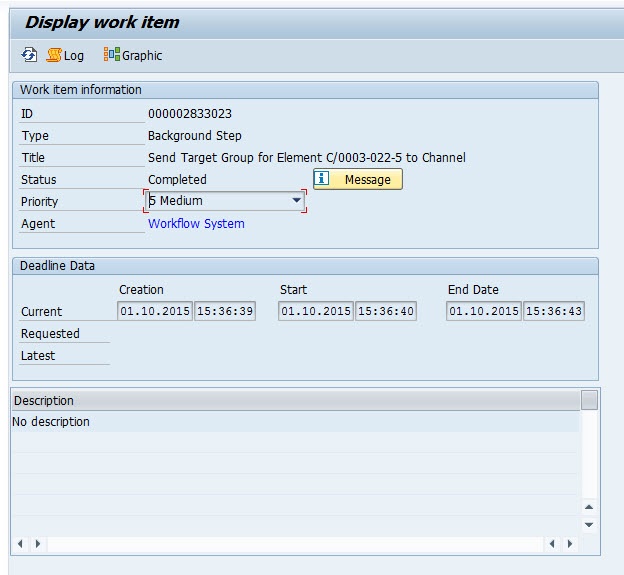 This provides the option to check the graph. In case the workflow is hanging, this can be seen within the graph.

After the full process is executed all work items are available in SWI1.

Issues related to the java modeller should be solved with the following notes:

There are some issues that result in BSP errors - those should be solved with the following notes:

Characters such as German Umlauts or Cyrillic letters are not displayed properly. This issue should be solved with the following note: 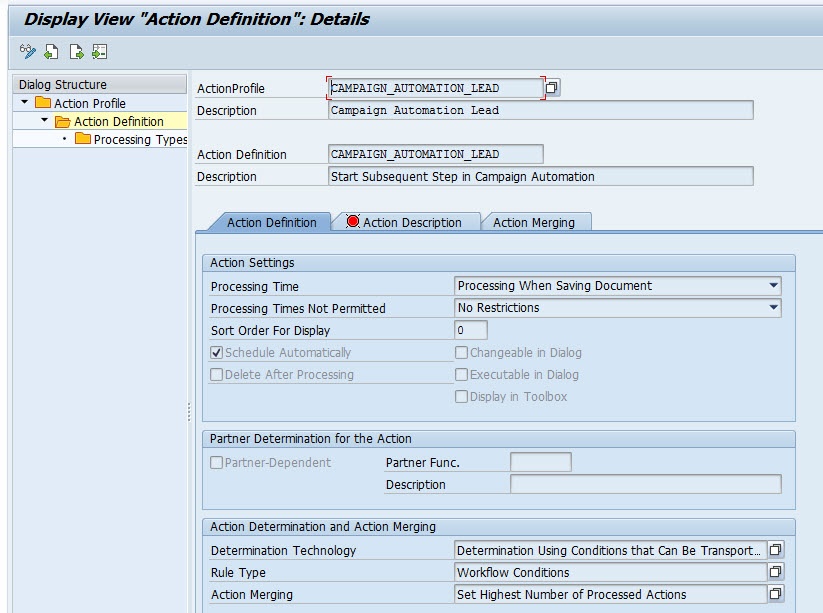 In case an appropriate action is not assigned to the transaction type the survey responses cannot be retrieved.