Once a claim is approved the same can be settled. The settlement is used for making the payment for claims against funds for marketing campaigns and promotions.

Settlements can be created for the following claim processing objects:

Approving the claim item will send the items to be settlement due list. 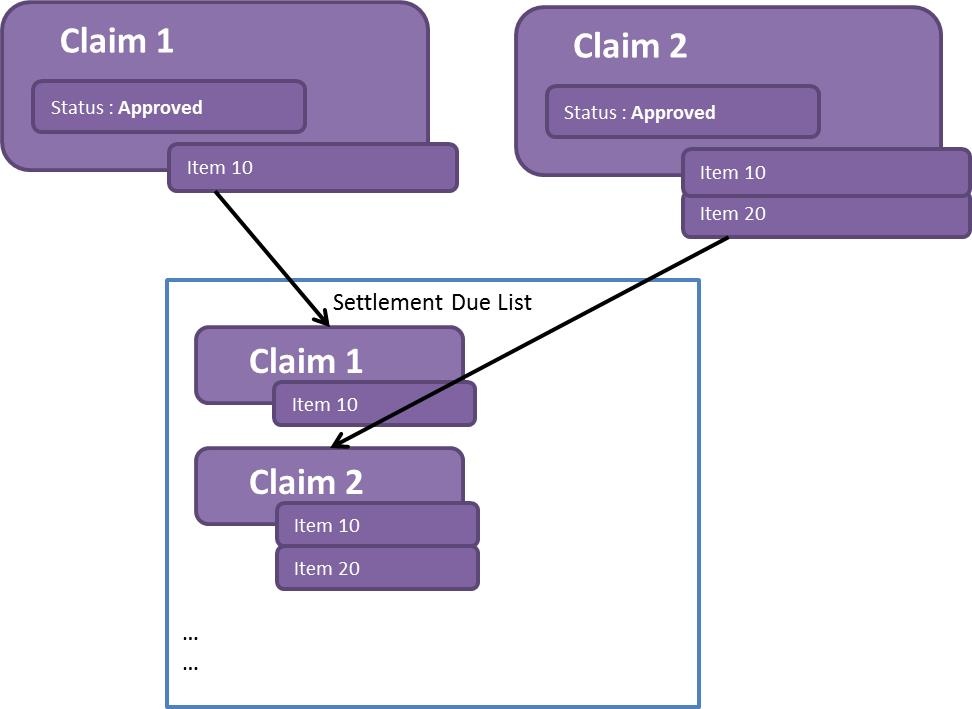 The validated amount from the claim leaf item is settled.

From the Settlement due list the items can be settled. Considering the split criteria documented in the following note several settlement items can be included in one claim settlement:

Using this process several claims created for the same claiming account can result in one single settlement. 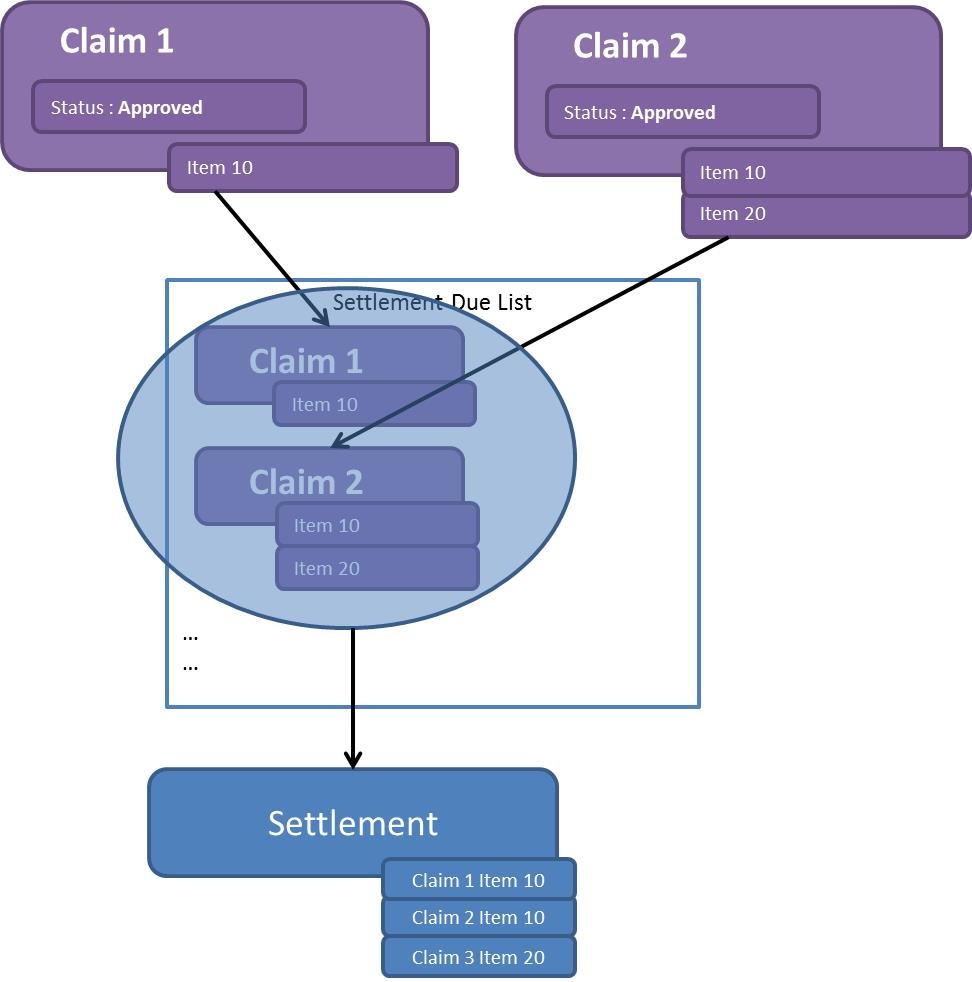 The settlement can again be accessed from the CRM WEB UI and from transaction /n/bea/crmb11 in SAPGUI.

The reference to the settlement document is available in the claim as well.

The claim settlement creates a settle claim fund posting and updates the settled amount in the fund checkbook.

For integration to Funds Management an AVC profile needs to be assigned to the claim settlement billing type in customizing. Even if no availability check is required, this entry is mandatory, otherwise no 'Settle Claim' Fund posting will be generated. In case no real availability check is required the tolerance limits need to be set accordingly in the tolerance profile used in the AVC profile.

Depending on the customizing there are the following integration scenarios available: 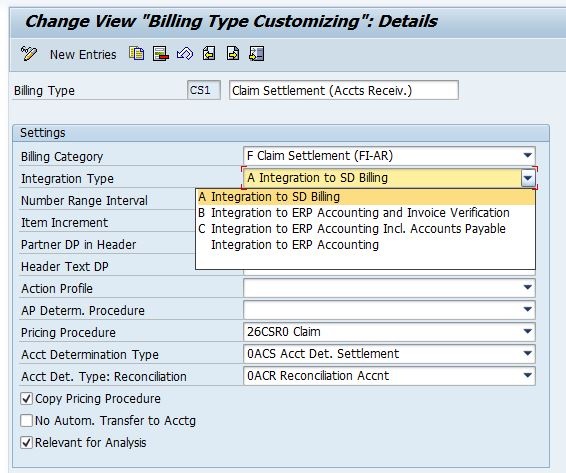 This customizing holds the main information for the claim settlement document, including the different integration types.

For having Funds Management integrated the AVC provile is mandatory. 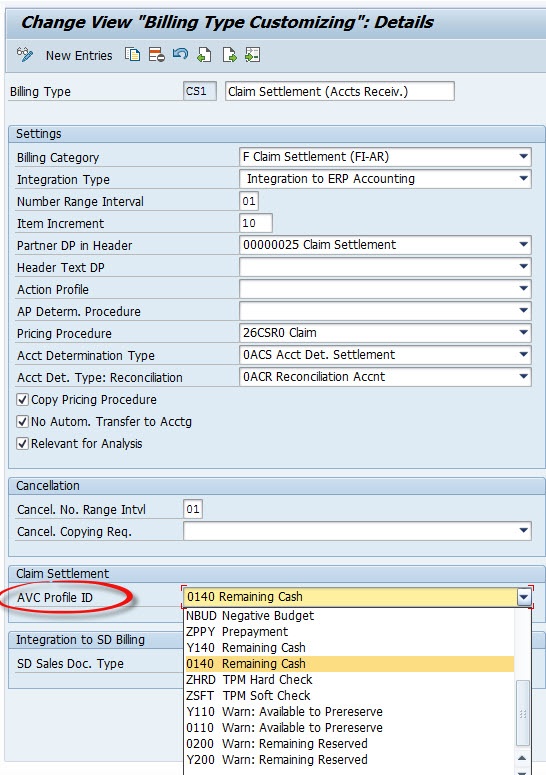