ITS and Transaction launcher Debugging

When trouble shooting, we might have a lot of assumptions. If there is quicker way to test the assumption, it would be great!

[Assumption 1] Suspect that the URL maintained for transaction launcher is incorrect.

As indicated in the previous session, the customizing related is in transaction CRMS_IC_CROSS_SYS

When we execute the transaction launcher, it will be hit, and you can find the logic regarding how URL is determined from transaction CRMS_IC_CROSS_SYS. And also we can change the

for example, change the transaction or okcode parameter.

If the result is the same, we give up this assumption.

[Assumption 2] If the URL in CRMS_IC_CROSS_SYS can work fine, which means ITS itself is working. Then can the parameter was not correctly passed to ITS? The two parameters we used here are ~transaction and ~okcode. Let’s set breakpoint here

Here the system will check the parameters defined in

For the parameter defined in transaction sicf, it is in WEBGUI -> Service Data -> GUI Configuration 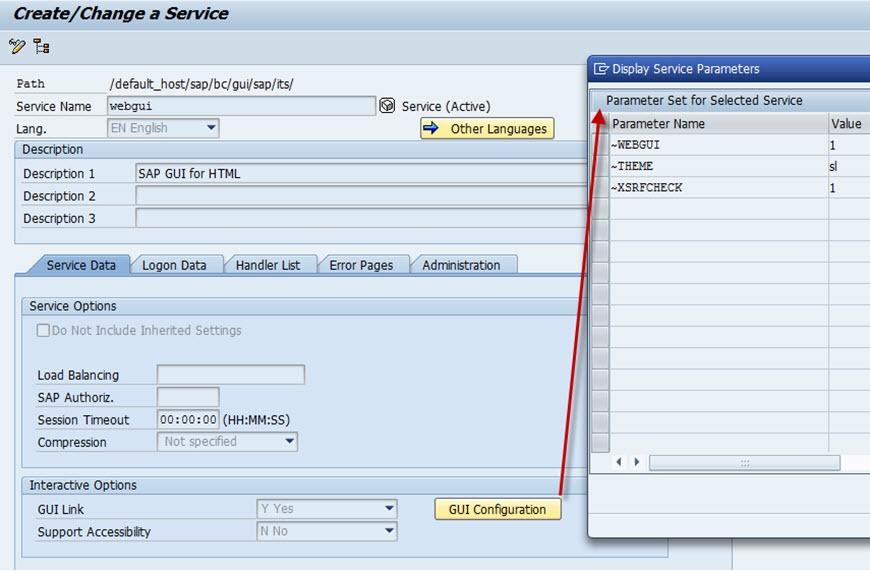 Parameter ~transaction can be entered here, which will overwrite the one provided in URL. If ~transaction was not provided in URL and not available in sicf, the parameter ~okcode in URL will take important role. This might be related when you are doing trouble shooting.

[Assumption 3] Could the parameter passed into IC_LTX or IC_LTXE is wrong?

Here we can see the data being passed to ic_ltx transaction, and we are able to change the value for testing within debugging mode. The value here is the same as that in "content of genericpostexecution.htm in httpwatch trace" which we discussed in our last session.

we make changes of the transaction code CRMD_ORDER into lower cases as following and then F8.

If you are quick enough, you are able to see the following screen with error at the below. And soon the screen will be flashed and return to the previous page. 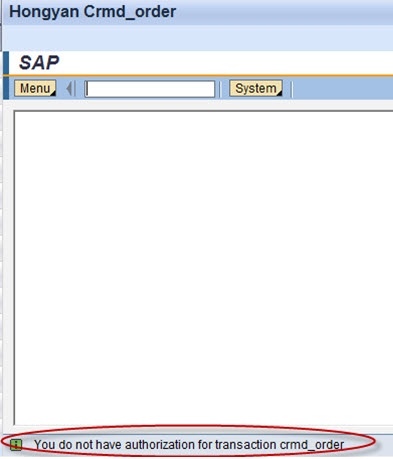 Actually this error is not so correct. This is not related to authorization issue, but the transaction code should be entered with Upper cases. This can be adjusted via transaction launcher wizard.

[Others 1] okcode parameter not working

Beside the above, there might be some other points need to be considered while trouble shooting. In bit newer SAP Basis support package *, filter of okcode was introduced for ITS, this is to avoid wrong operation which might lead to data damage for example. And the coding was checked in

The parameter can be added in sicf, as~OKCODE_PERMIT~OKCODE_PROHIBIT
If okcode seems not working, this is worth of checking.

* didn’t check the detailed support package, as far as I checked in internal system, it might be introduced in SAPKB70108 for SAP_BASIS 701.

[Other 2] issue caused by logon userexit

To have a quick test to see if the issue is related to logon userexit:

Last time I met a problem, the transaction launcher in web ui can be loaded, but it shows the initial screen of IC_LTX, and not the transaction we want to be loaded. This means the ITS itself is working. And testing in GUI with the content of genericpostexecution.htm works fine. The transaction was loaded. Then the problem should be between the loading of ITS and the execution of IC_LTX with content, which should be the okcode not executed. Since IC_LTX is working fine, we contacted ITS colleague. And ITS colleague suggested parameter ~no_logon_userexit which solves the issue, and identified the root cause.