Implementation of an IPC patch

In SAP Note 880749 you can find information about:

In principle, all the information is in the note, but this wiki page might be useful to clarify some doubts . The steps for the implementation of an IPC patch will be explained here with an example.

In case the IPC patch does not solve the issue in your system, you can also check the troubleshooting guide  Pricing Troubleshooting Guide

The corrections in IPC are always offered by the Development Team as latest patch for a specific support package, not as individual corrections to particular problems. Please note that patches in SPs do not receive new developments, but only bug fixes. Therefore the risk to introduce new bugs when an IPC patch is applied is low. Compared to the ABAP world, applying an IPC patch would be similar to implementing a bunch of ABAP notes.

An IPC version consists of:

Steps for implementation of an IPC patch

1) Check the SAP_AP version in your system 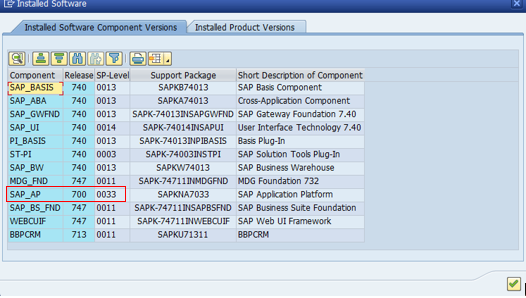 This is not absolutely necessary, but it gives us a better picture of what we are doing in the patch implementation

Steps to check the IPC version 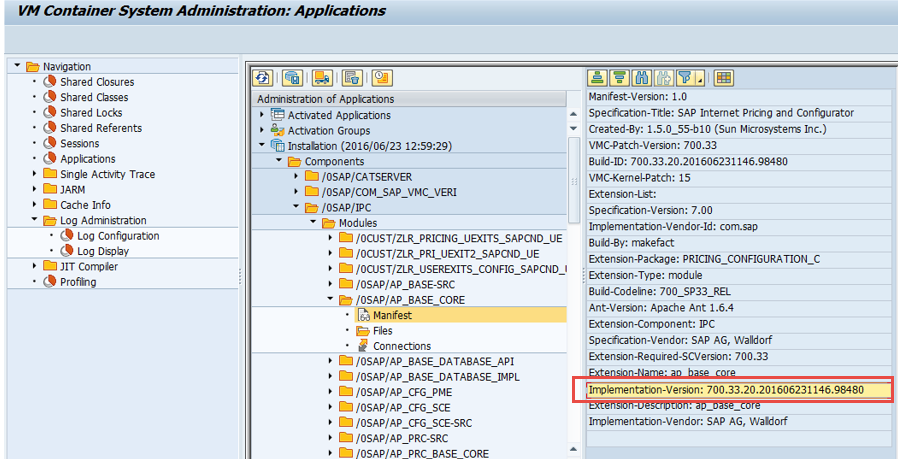 If you have doubts about the patch to be downloaded, check section in this wiki "IPC version. Support package and patch"
In this case as the SAP_AP version is 700 SP33, we need the IPC patch for SP33.

There are two alternative ways to download the patch, both explained in note 880749.

1) Use the links for each of the patches that are displayed at the bottom of the note.
In this case we use the link for SP33

2) Use the link that shows all the IPC patches.
https://launchpad.support.sap.com/#/softwarecenter/search/SAPAPIPCJ

4) Implement (upload) the IPC patch in the CRM Server

To implement the IPC patch:

We enter a workbench request

After about one minute you can see the list of implemented modules
No error is displayed.

Now the IPC version is the one in the screenshot

So the support package level was kept, as expected, in level 33, and the patch level has changed to a higher number, 27