For you cartoon AND BPX enthusiasts out there, this wiki is intended for storing original cartoons / characters / images, while developing some possible character traits that exist among IT and Business roles, so that these little cartoons can "come to life" within our community!

The 4 cartoons below are some that I had created for a blog series that is currently underway. I thought it might be useful (and fun) for those of you in the community who want to integrate some of these images (which are not copyrighted) and ideas (also not copyrighted : ) into any Weblogs, Wikis, etc. on SDN.

I also thought I'd take it a step further by loosely defining each of these character's role within an enterprise (with a little humor for good measure). It would be great to see these cartoons start developing personalities that can then interact with one another within the IT and Business world, based on our own real-world experiences. I think we can collectively define these characters/roles as a community.

I will continue to add more cartoons for us to use, so stay tuned... I also encourage any of you to contribue your drawings/ images so that we have a good stock for various purposes.

These humorous descriptions below are intended to be expanded upon and perhaps changed, based on what people think of the role which each "character" plays within an enterprise. If you're an EA, Developer, Director, or business manager, etc. and have have any input here...by all means, go for it !! 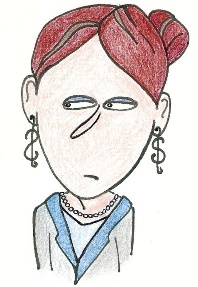 'Tara the Budget Manager' is driven by revenue. She speaks more in numbers than in words, and she keeps an eagle's eye on her systematic distribution of the company's available budget, finding a logical justification for each and every surrendered dollar. 'Tara the Budget Manager' is bent upon having her colleagues convince her of the ROI whenever they ask for funding or propose something new to her (she isn't afraid to tell them that, either!). On a different note, 'Tara the Budget Manager' feels increasingly frustrated and irritable about the strain that IT is putting on the company's budget. She shakes her head in dismay looking at all the maintenance costs and renewed licenses for the IT department which never seem to end. But what makes her even more uneasy is the looming possibility of what an outage could do to their already dwindling budget! 'Tara the Budget Manager' realizes that if this were to happen, countless hours of lost revenue would end up being spent on 'damage control'. Thus, 'Tara the Budget Manager' accepts that the business cannot do away with IT, and so with tolerable dependency, she continues to fork over the necessary funding to keep IT afloat.
.
. 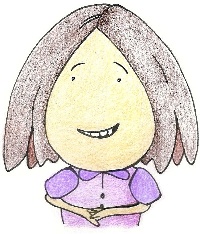 .
'Molly the Developer' is a hard working girl. While maybe not the most advanced developer on the team, she does tackle the task at hand with efficiency. She is a quiet observer much of the time, and can intuitively pick up on dynamics between the people she works with, whether it involves her boss the IT director, the other developers, or even the odd business person that ventures onto 'their side of the playing field' every now and then. 'Molly the Developer''s cubicle is right across from 'Stu the Developer's' cubicle, so she is faintly aware of him tinkering away at his desktop, and is often curious about what all he must think about in his work. 'Molly the Developer' would like to learn new things and is generally quite open-minded when it comes to thinking outside the box but just doesn't seem to have the opportunity to learn new technologies, at least at this stage of her career. 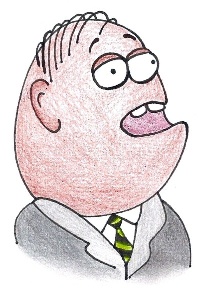 .
'Donald the Business Guy' is quite content with business-as-usual but can also see beyond the immediate daily affairs and priorities of the company. 'Donald the business guy' knows how to 'walk the talk' in terms of both meeting and assigning performance targets, leading and facilitating stakeholder meetings/discussions, networking (schmoozing), and even offering the occasional 'sales pitch' to the uninitiated and willing listener. But one thing that is a bit unique about this particular 'Suit' is that he has a keen awareness and interest in the latest technologies and the business benefits that go with them. In fact, 'Donald the Business Guy' keeps a secret stash of techie magazines in his office desk, which he sneaks a peek at whenever things are slow, or between phone calls, or when he just needs a break. He is definitely in the dark about how technology actually works though--however, it doesn't stop him from feeling intrigued about what technology can do to make his and others' jobs simpler and more efficient. 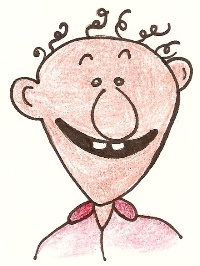 'Hari the Architect' strives to better align the enterprise goals of his company's IT department with those of its Business, although he realizes that currently this is not happening. As an optimist though, Hari sees his company in a good light and deep down wishes that his colleagues would also see him as an 'Enterprise Architect' for his visionary thinking towards alignment. Ironically, this is not the case at all. In fact, they perceive him as insignificant and almost like an intruder in their work environment. Hari genuinely wants to contribute to good decision-making within his company but feels that his voice gets lost amid the crowd, which seems full of incidental priorities and agendas. But being the optimist that he is, Hari keeps trying to find new ways to bring more awareness and progress into the picture. 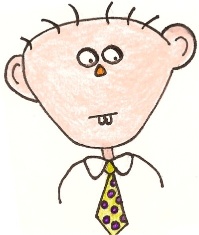 .
'Ernie the IT Director' likes to play it safe when it comes to using technology, and to definitely not rock the boat too much by introducing any "new stuff". He believes this is the best way to operate, so that he can keep getting funding from the Budget department. But as a former 'techie' himself, he secretly longs for that far off "magic potion" (AKA technical solution) that could elevate his stature within the company as being seen as a trend-setter and forward thinking director in his own right. But that's only a pipedream, and in the Real World, Ernie knows it's better to have an IT landscape that works (and badly at that!) but still gets funding--rather than nothing at all. 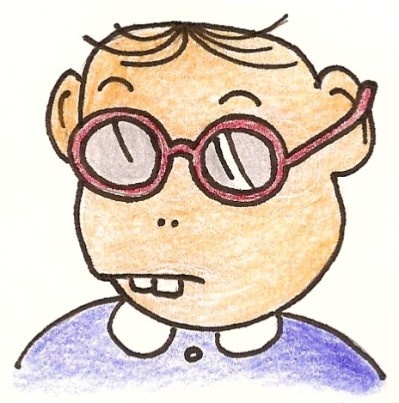 .
'Stu the Developer' is a total brainiac, and the language of technology is more like his mother tongue. He is quite detail-oriented and can pick things up very fast, resolving even the trickiest of issues in less than an hour. But on the flip side, it is difficult to pull Stu out of his world of codes and all the "marbles that are rolling around in his head", which he can't seem to stop concentrating on (even when interacting on a casual and potentially social level). But once he is brought out of his somewhat isolated world and convinced of something's value, then Stu can be a great team player when it comes to creating the most cutting-edge solutions with the available tools. 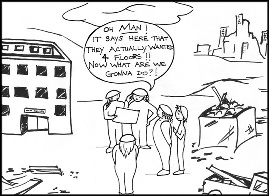 .
And here's how bad architectural planning turns out!