There may be need to avoid parallel execution of a script / multiple scripts because they may influence each other. Possible reasons:

1. Use different user accounts for the same script on different robots: One account per robot, customized as variable in scope Robot.

2. Use schedule.offset.secs to set offsets. 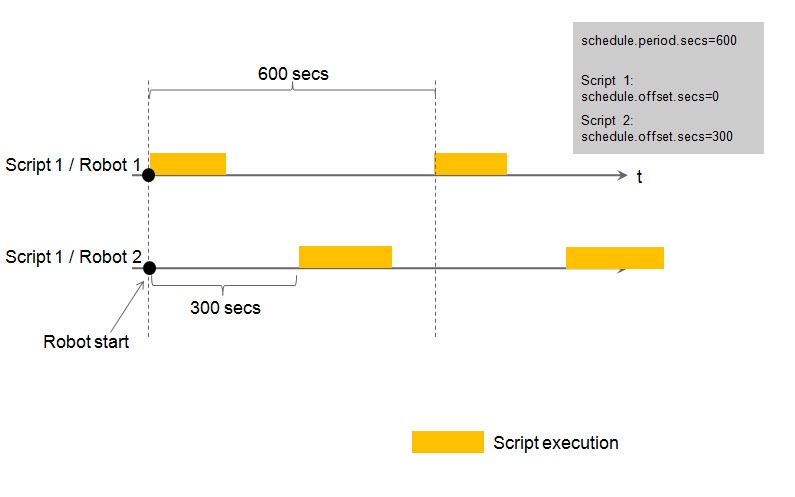 Problem: The offset is relative to the script start. If not all robots are started at the same time the offset is arbitrary and only reliable within a single robot. 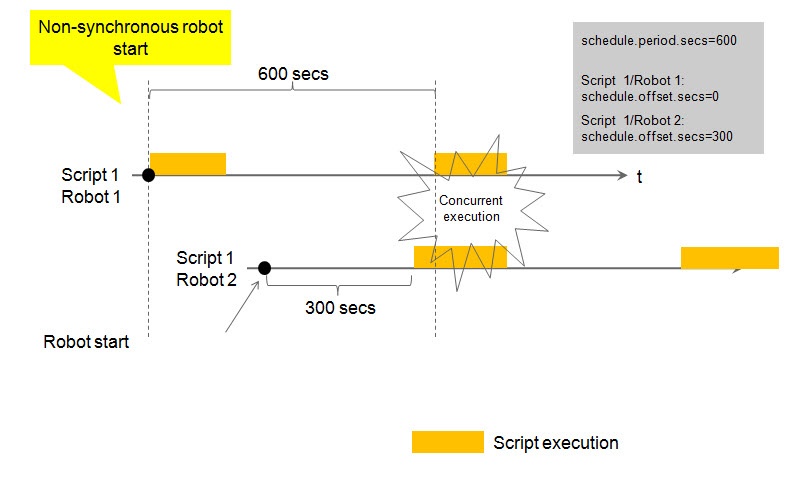 3. Use synchronization on robot level via semaphore parameters. 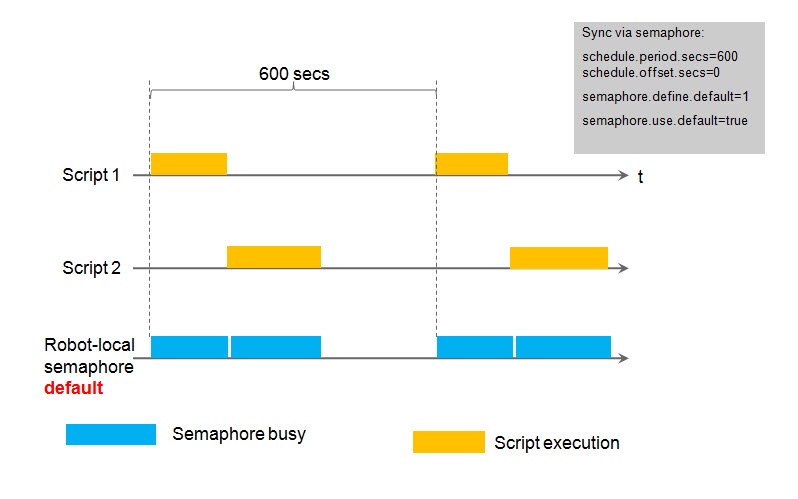 You want to avoid concurrent execution of script s1 and s2 on a single robot r.

semaphore.define.y=5 would indicate that at most 5 scripts may be active in parallel on the robot.

A default semaphore semaphore.define.default=1 is defined by default.

Setting semaphore.use.default=true on scope Global would mean that on each robot there may be only one script active. But in total, multiple scripts may be active: one per robot.

You want to have two groups of scripts:

4. Use global synchronization across robots:

Global EEM semaphores reside once globally on the Solution Manager Java stack, whereas local EEM semaphores exist once independently on every robot. Global semaphores are identified via the infix global in the configuration parameter: semaphore.define.global.x and semaphore.use.global.x. Do not confuse global semaphores with the configuration scope Global: global sempahores must be defined in scope Global, but you can also define a local semaphore y in the Global scope: This has the effect that the semaphore y is defined once on every robot - used for script synchronization on the robot, and users of the semaphore (scripts) can still execute concurrently on different robots. 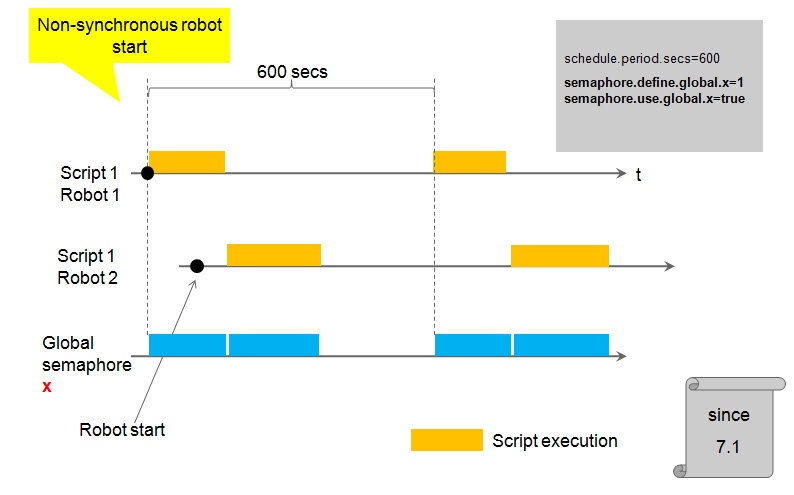 Enqueue is used for locking: Use the Locking Adapter in Visual Admin to view locks or remove hanging locks.

Upon robot startup/shutdown, all locks for the robot are removed.

Locks older than 30 minutes are removed automatically when a script tries to acquire a lock.

Script will not be executed if no connection to Solution Manager is available (because lock cannot be obtained).

Unlike the robot local semaphores, global semaphore only authorize the execution of one script at a time.

I.e. the value value of the definition must be "1".

If another value is used, the semaphore initialization will fail when the robot starts. 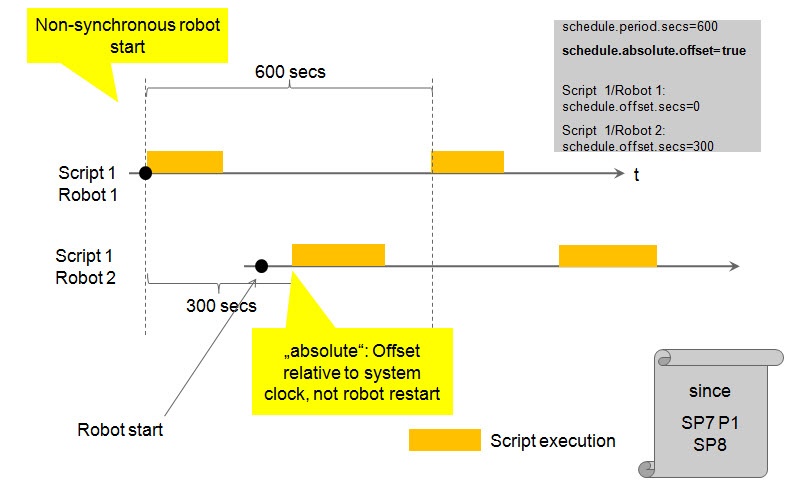 Indicates that the schedule.offset.secs is calculated relative to the operating system time of the robot. Time zones are ignored, .i.e., always UTC is used.

Prerequisite: system clocks on robot hosts are more-or-less in sync (use NTP!). Do sync the robots using NTP, you need to enable the robot PCs to sync their local time with a dedicated time server.

With this VBS Script you can easily sync a WIN XP client with your companies time server (some adjustement may be required for other OS). You have to change the file exentsion to .VBS in order to be able to execute it. Read the included Microsoft KB articles for more information !

CRON scheduling gives the possibility to define CRON-like expressions to indicate exactly when a script has to be executed.

A CRON like expression is composed of five sub-expressions for:

Syntax of the expression

Supported CRON-like expressions have this format:

Syntax of the sub-expressions

Sub-expressions are composed of the following characters:

The supported numbers depends on the level of the sub-expression.

How to use CRON scheduling

The date / time considered by the CRON expression are in the robot local time.

If both the schedule.cron.expression and the standard schedule.period.seconds are set, then the CRON expression has the priority.

If semaphores are set, they have the priority over the define schedule (including the CRON schedule).