Unable to render {include} The included page could not be found.

Editor finished execution half way of a replay without any error infomation. Go to workspace\.metadata\.log,
there is some OOM identified. 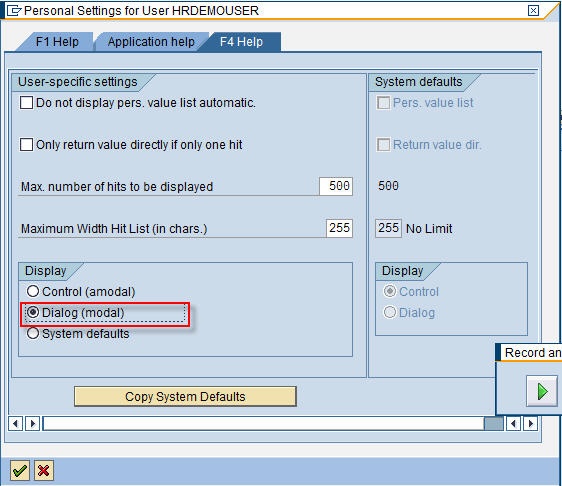 Unable to render {include} The included page could not be found.

Symptom
java.lang.RuntimeException: No implementation for SHA or MD5:
java.security.NoSuchProviderException: no such provider: IAIK
#at
com.sap.smd.eem.wsnotify.bulk.AI_EEM_BULK_NOTIFICATION_Stub

The issue is caused by the configuration of the backend ABAP system in respect to multiple user logons.

A SAPGUI script is recorded after the login procedure; the login procedure is not part of the recording.  To handle the logon the EEM Editor automatically adds the necessary steps. During the import it inserts 4 specific steps bevor the “main” the script logic.

From those 4 the steps 1 and 2 handle the regular login. The step 3 and 4 are conditional steps which are automatically inserted by the EEM Editor to confirm the multi login pop-up. That is, to handle the situation, when an active user session already exists and the backend system prompts the user on which actions he wants to take: “terminate the current logon”, “terminate other logons” or  the “continue with this logon, without ending any other logon”. The steps 3 and 4 will attempt to select the “continue with this logon” checkbox in the corresponding pop-up window and press the “login”.

However, in some systems multiple login is not allowed (setting profile parameter login/disable_multi_gui_login). In this case the step 3 will always fail. It will try to find that “continue with this logon” checkbox which simple won’t be presented in the backend system. If the system does not allow multiple logons this pop-up has only two checkboxes, and the login will not succeed. All further steps of the script will probably fail either. The error message “FAILED: control could not be found by id” means that the particular “third” checkbox could not be found.

The issue may not occur in the EEM editor and the SAPGUI script work fine. The situation is typically different in the Solution Manager system, if multiple robots are login on the ABAP system with the same user credentials and if by chance two robots/executions happen to run in parallel or shortly one after another.

Solution
To get the script running successfully you have the following options:

Symptome:
When executing a https script you get the exception"java.lang.NoClassDefFoundError: javax/crypto/SunJCE_b"

Background:
Jce-policy file is not extracted to the lib\security folder of the SAP JVM during the installation of agent 7.11 (SAP Note 1234387), which makes the https doesn't work for EEM.

Symptom
You are running a script which aborts with "java.net.ConnectException: Connection timed out: connect"

Check if a proxy is required to reach the url.
Set the properties http.proxy.host and http.proxy.port to the corresponding values and set http.proxy.enable to true.

Depending of the called system it might be required to set properties in different scopes:

Symptom
You are running a https script which aborts with "javax.net.ssl.SSLException: java.lang.UnsupportedOperationException"

When executing a script the following exception is thrown:

At least one of the bold written certificates above must be entered to the truststore (either global trustore or script specific truststore).

Please check 'How to Import HTTP Trust Certificate'  to import the certificate.

Symptom
The Monitoring UI does not display any script executions. You just see the deployed scripts with grey icons and status 509 or 109.
Solution
The system does not get any notifications from the robots. There could be several reasons:

In general you should check the SMDAgentApplication.log of the robot if there is an error when sending the notification. 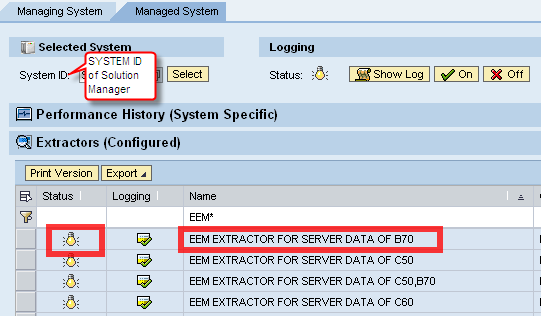