Releasing Extractors for use by the ODP API

The ODP API does not show all Extractors, it only shows the released ones. The idea is that over the time multiple Extractors have been developed by SAP, some became obsolete, some might not work with this API. So along with the ODP API a new table is created in the dictionary called ROOSATTR containing all the Extractors the API and hence DataServices 4.0 supports. Initially these will be a very limited list focusing only on the most important Extractors and will grow over the time. And for sure it will not include customer written Extractors.
So there is a SAP program - transaction code unknown as of today - named RODPS_OS_EXPOSE with which customer written Extractors can be added to above table. More information on the availability, please refer to ODP enabled extractors .

We have seen multiple issues in the past, like a delta extractor not using the RECMODE field which is actually mandatory according to the BW definitions - but BW seems to handle that case gracefully. Or Extractors saying that only one target BW system is supported, not two. But the majority of the Extractors are working and we will add those to the list of supported ones over the time. 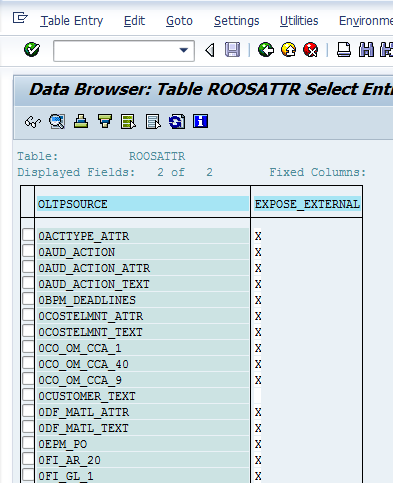