Mergers and aquisitions are quite common in today's globalized world. As a result, companies very often need to add the "inherited" systems to their existing system landscape, making it increasingly large, complex, and hard to manage. But also as a consequence of normal business operations does the number of systems increase. Several of these systems are actually not needed any longer, but nobody is taking the responsibility to switch them off. The bottom line is that systems that have no business value but are still up an running cost money. It is not uncommon among large SAP customers to have several hundred legacy systems that would need to be decommissioned.

But simply pulling the plug of these systems and leaving them in the data center is certainly not an option, since nobody knows whether they will come up again and whether the data contained will still be accessible, for instance, in the case of a tax audit. Preserving the data from such systems requires a much smarter approach!

With SAP NetWeaver ILM you can extract the entire data set, including transactional data from closed and open business processes, as well as master and customizing data, from a system to be decommissioned. The extracted data is transferred to a central ILM retention warehouse, from where it can be uploaded to SAP NetWeaver BW for reporting. This only occurs on an on-demand basis, so that the BW does not build up. Thus, SAP NetWeaver ILM enables you to consolidate multiple large legacy systems into one small modern instance: 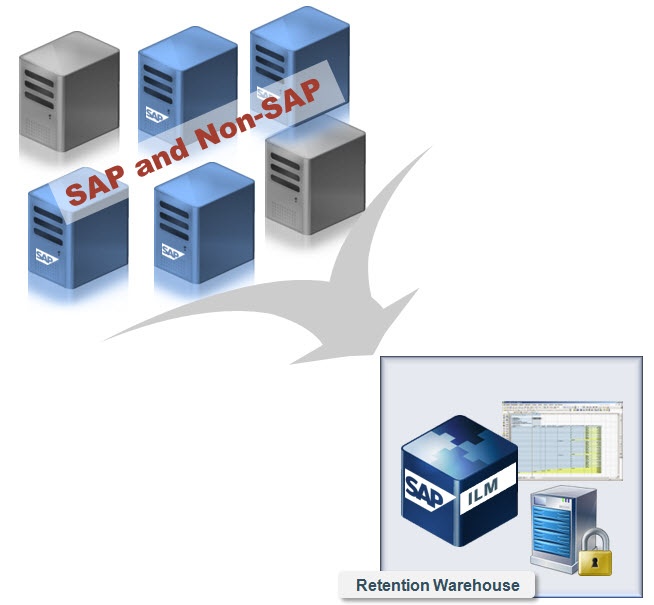 back to the EIM use case wiki main page