This wiki was created to collect all the necessary steps for building up the Payment Release process workflow either from the financial point of view or from the workflow.

This enables you to carry out a check of individual line items and then release them for payment.

For each workflow variant, you can specify the amount from which a payment release should be triggered.

You can differentiate between one, two, and three-level release. This enables between one and three people to be involved in the release procedure, thus supporting both dual and triple control.

The following settings in Customizing have to be done: 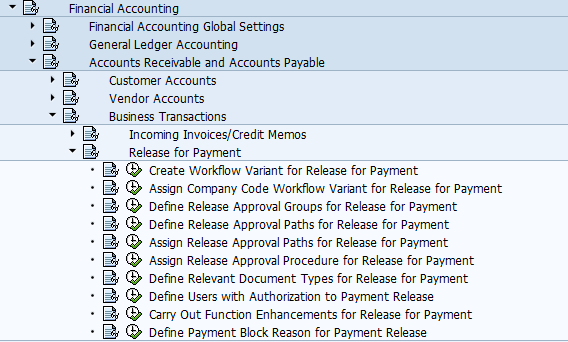 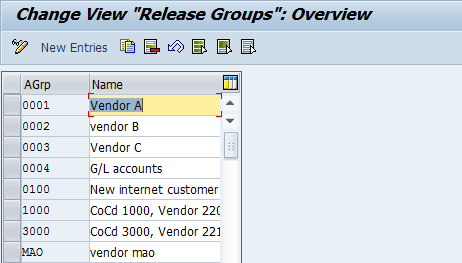 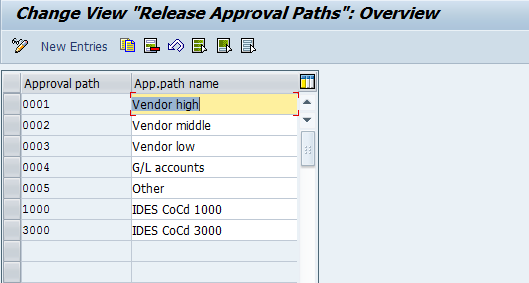 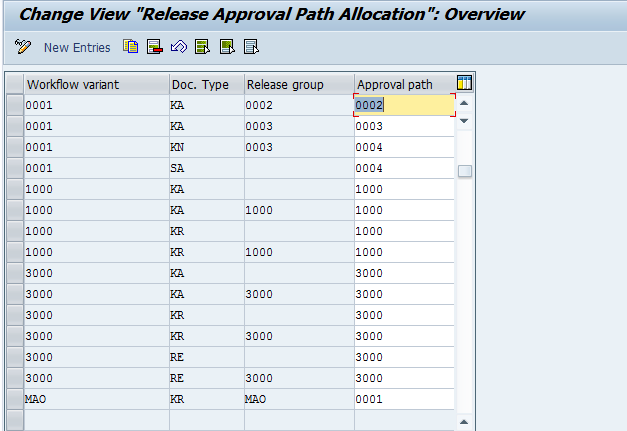 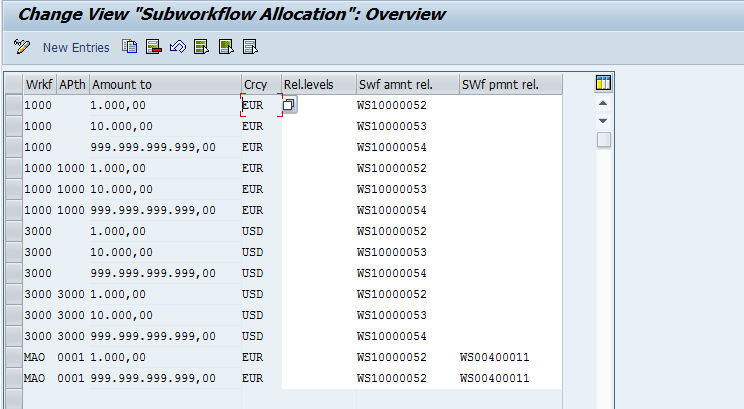 Here following all the actions to start the System workflow.

Run FK02 and insert the Release Group into the Vendor master data:

Running transaction SWETYPV, be sure to have the following settings: 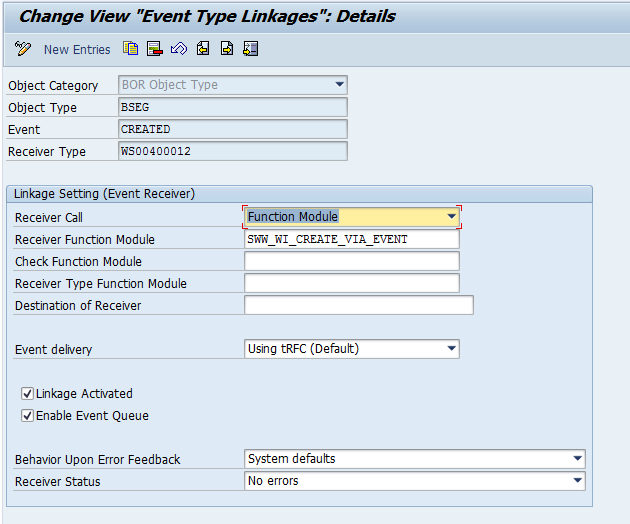 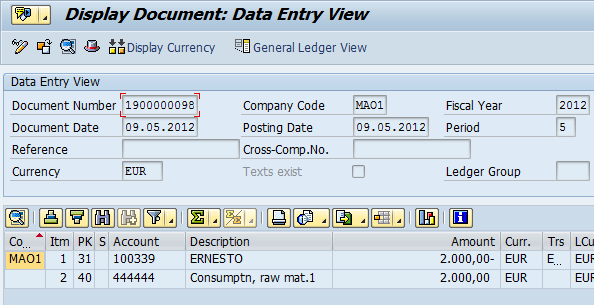 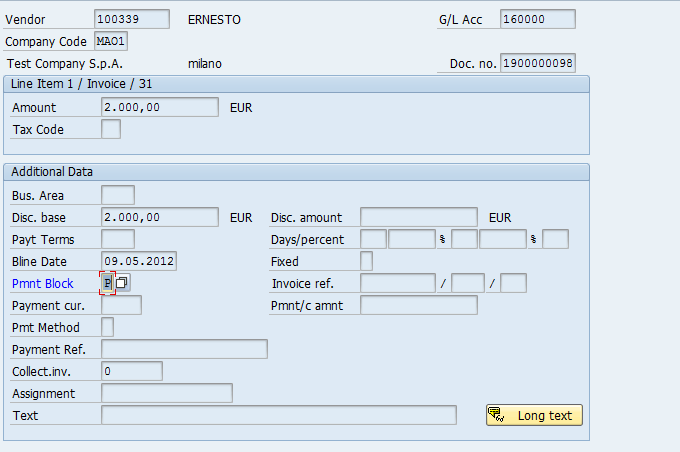 This vendor invoice posting trigs the workflow, that you can see push the button “Service for object” (first icon on the top left, near Display Document): 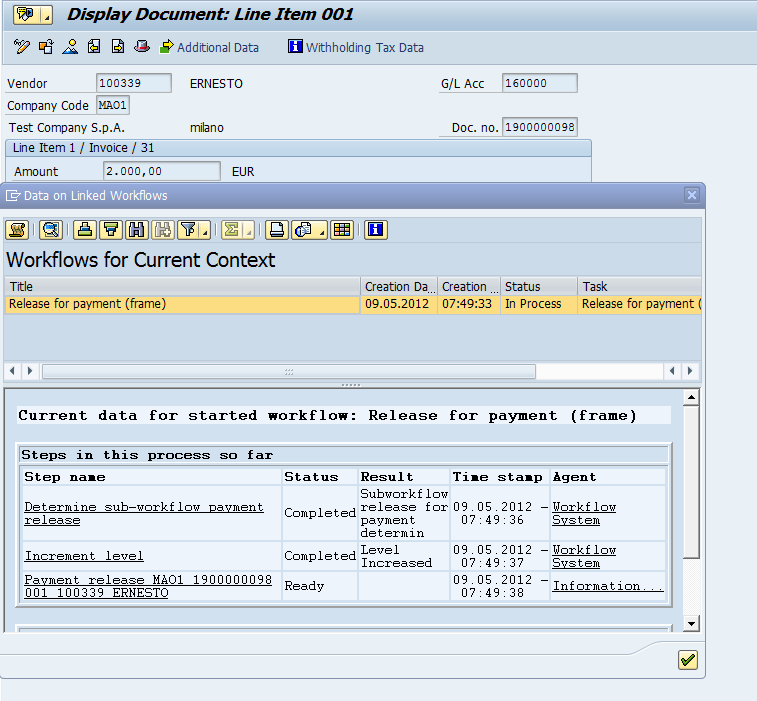 By PFTC, the following settings have to be done:

The organizational objects for payment release defined in Customizing for Financial Accounting are automatically assigned in the background to the standard payment release task (TS00407862).

IF You push the Display button: 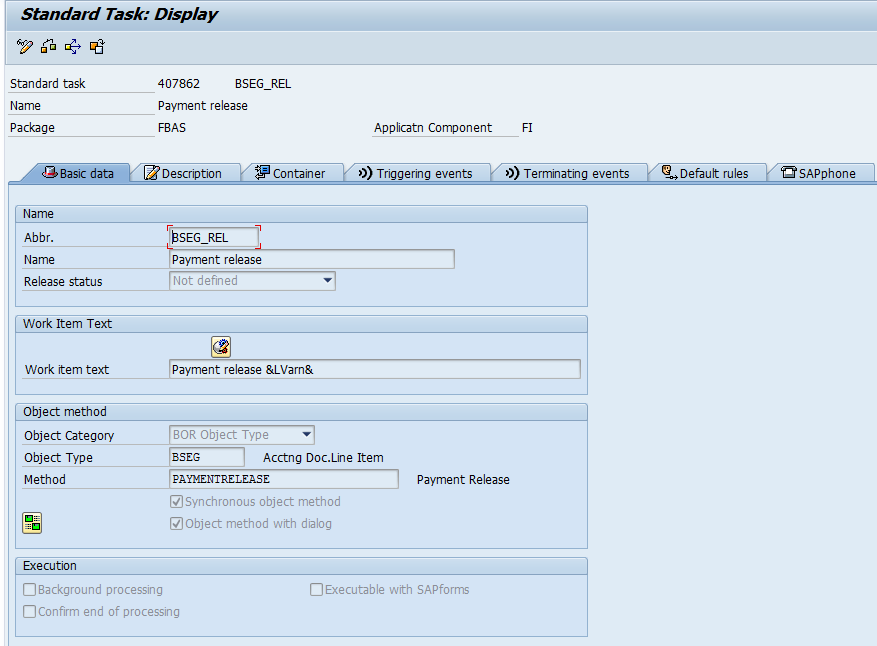 Into the Classification frame there is the "General Task" Indicator. By setting this indicator, you determine that all users can perform this task (in workflow).

Now If I run SBWP and I check my Business workplace, "Started workflows", I will see: 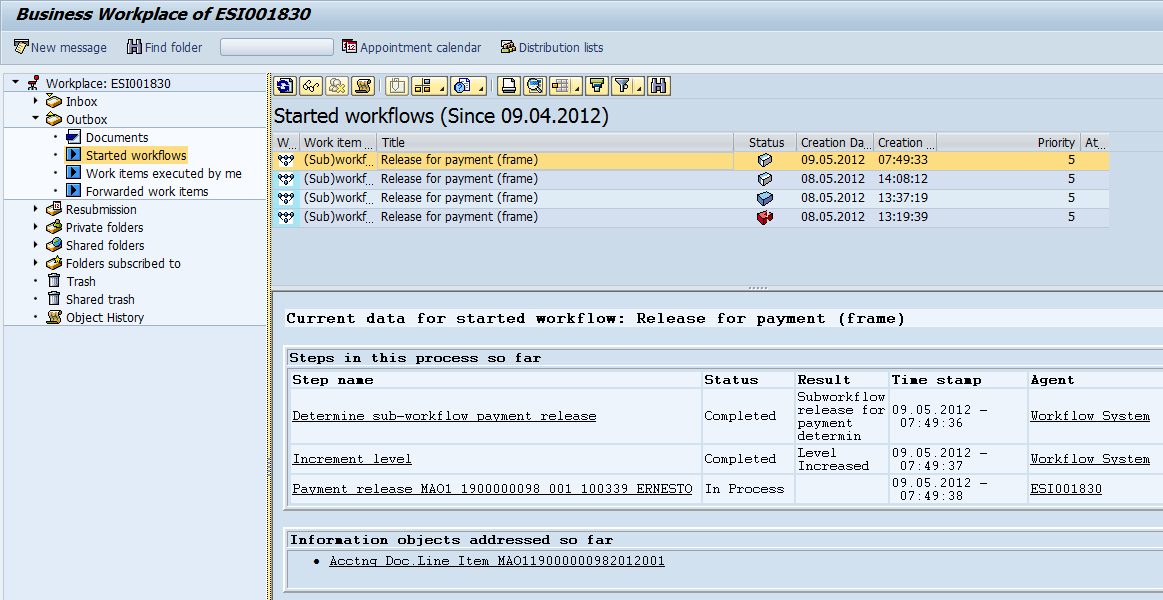 Now the workflow is ready to be released choosing release or reject the “Payment release” by transaction SWI1: 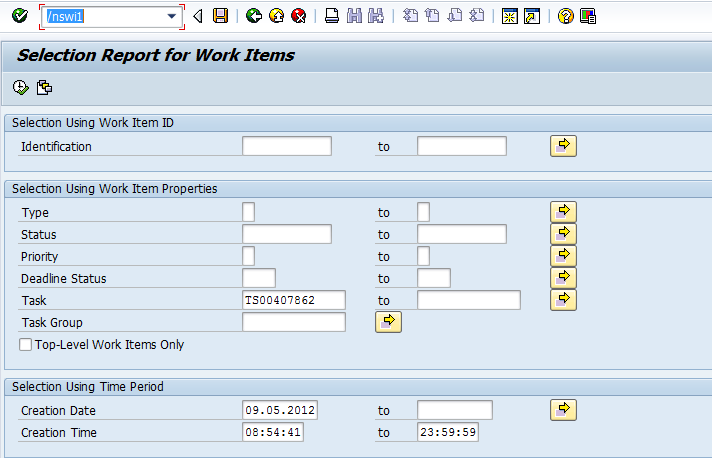 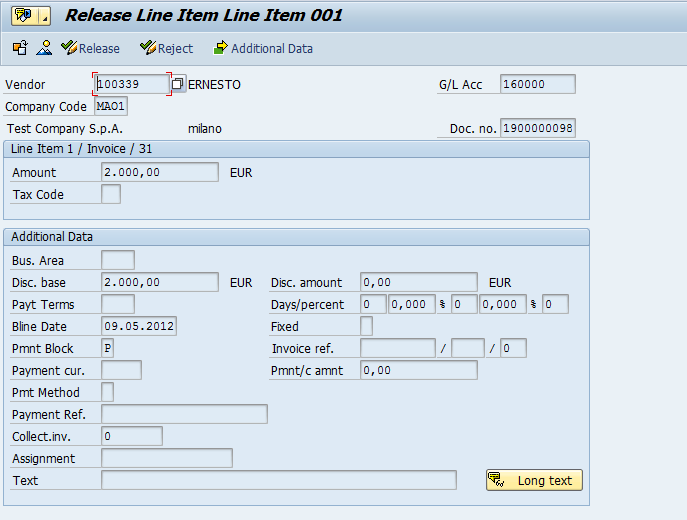 The System brings You into the document and gives You the possibility to choose between "Release" or "Reject" icons.

And the payment block is deleted as You can see into the below reported screen shot: 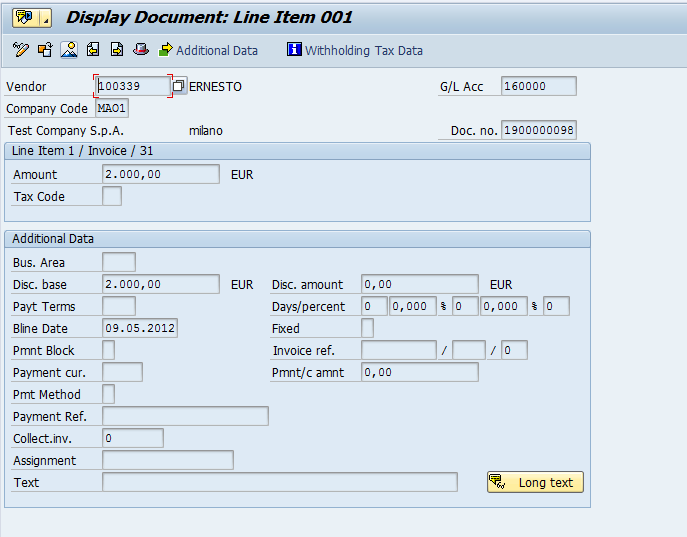 And if You push the button “Service for object” (the icon on the top left, near Display Document): 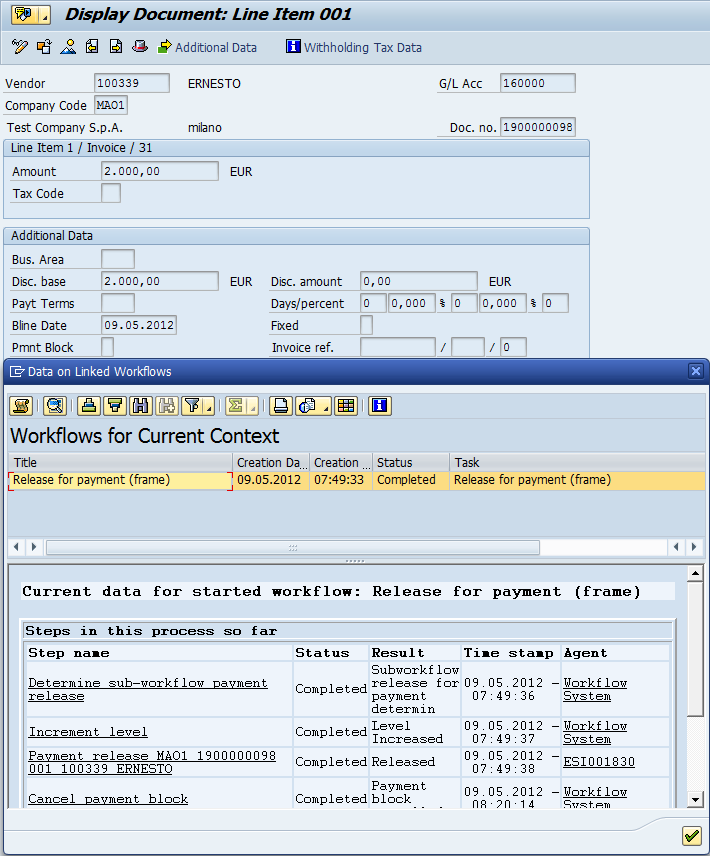 Now You can run F110, without any block.

This is the block that the automatic payment would have proposed, if the workflow had not released: 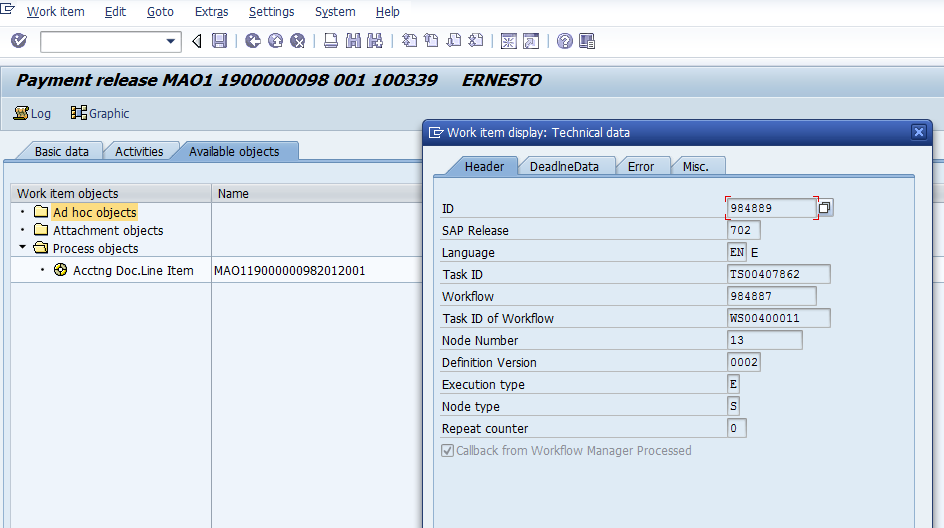 By transaction SWDD, You can see all the workflow steps and the used "Object type":