To know more about this behavior, we must first review the necessary information, and then know how to reproduce it so that we can understand it.

For replicating the above scenario, let us understand the concept what a late starter in GB payroll is.

Please refer the screenshot below where an employee is hired from 01.04.2012 and this shows the necessary infotype records to recreate this scenario: 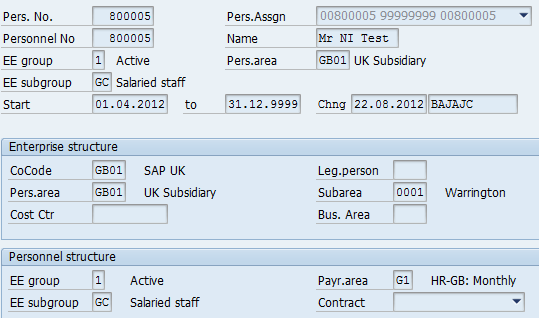 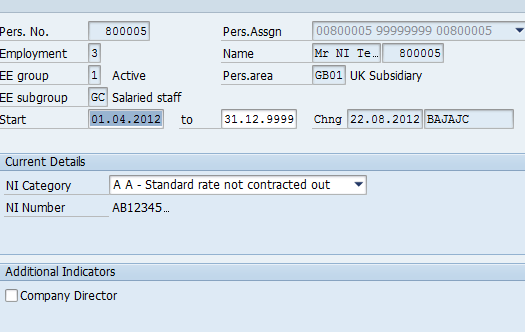 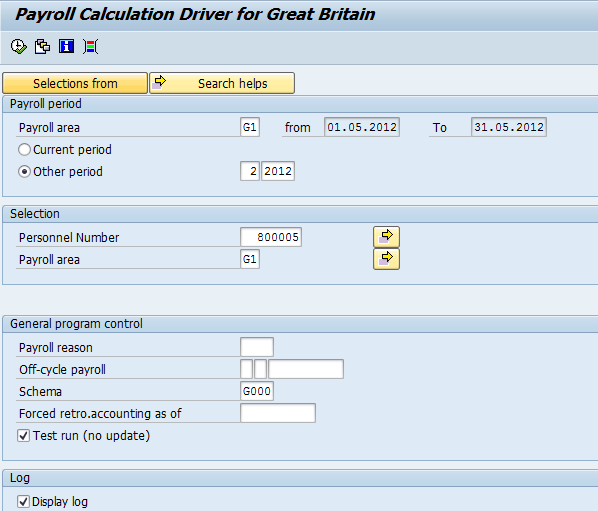 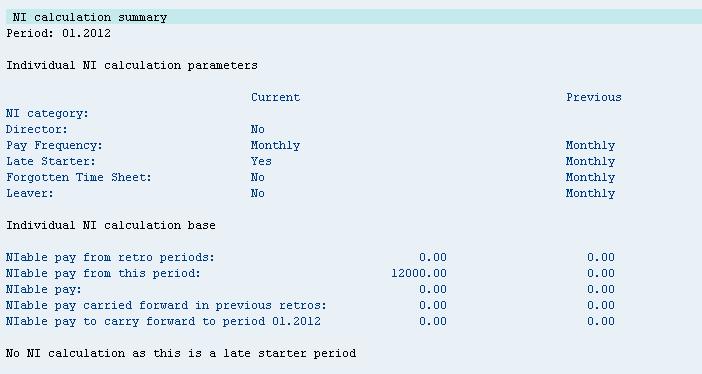 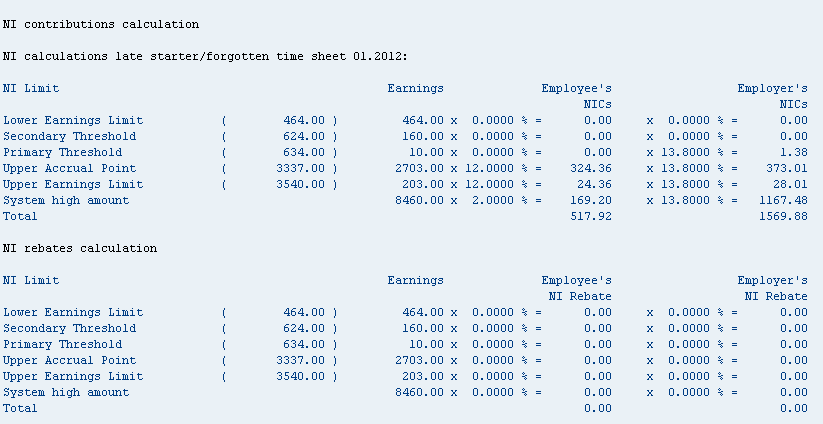 Hence according to the tables T5G_NICLIM & T5G_NICPCT, a total NIC of employee and employer is calculated in month of May 2012.

For a late starter, Payment relates to 2 monthly pay periods so the system will do 2 separate calculations and NI for employee and employer will be added to get the total NI contributions.

The NIABLE pay, NI rates and Limits used for the calculation are based on the values valid when the earnings are paid i.e. May 2012 and not where they are earned (April 2012).