Unfortunately Foundation is no longer available for download please use the following link for more information http://www.sdn.sap.com/irj/scn/wiki?path=/x/7YDaBw

SAP is investigating if there is value to their customers, end-users and developers in releasing
technology to help the popularization of widgets.  One such technology is called  Enterprise
Widget Foundation.  This initiative is currently being led inside SAP by Regina Sheynblat.

While it is possible create enterprise widgets using only Java Script, XML and a widget engine such
as Apple's Dashboard or Yahoo! Widget Engine, it leaves much to be desired.  One of the main
challenges is integrating with Single Sign On solutions.  Another is integrating with older SAP
implementations that are not SOA enabled.  To solve these issues and many others, SAP has
created a prototype of SAP Widget Foundation. 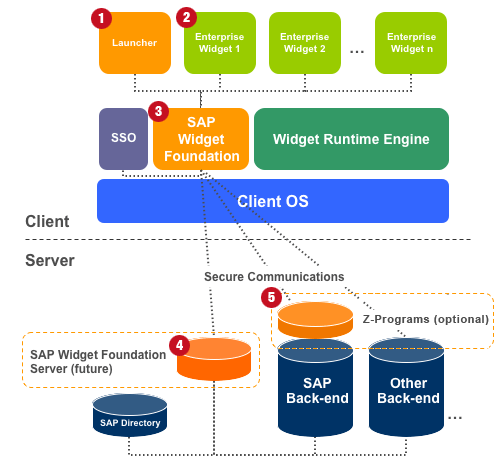 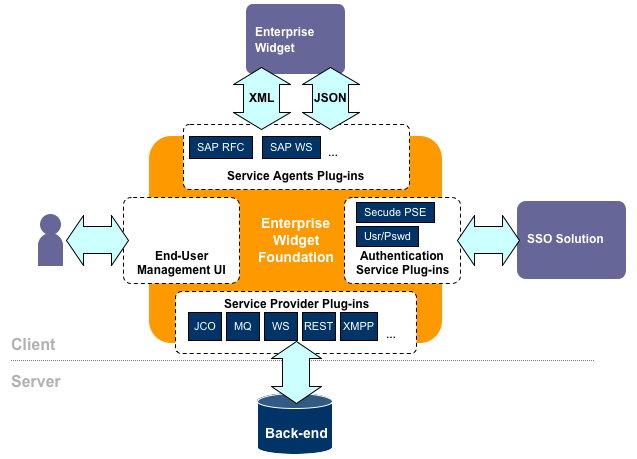 Foundation has four classes of interfaces: