1.1 Necessary authorizations for ALL GRC Users on SU01:: 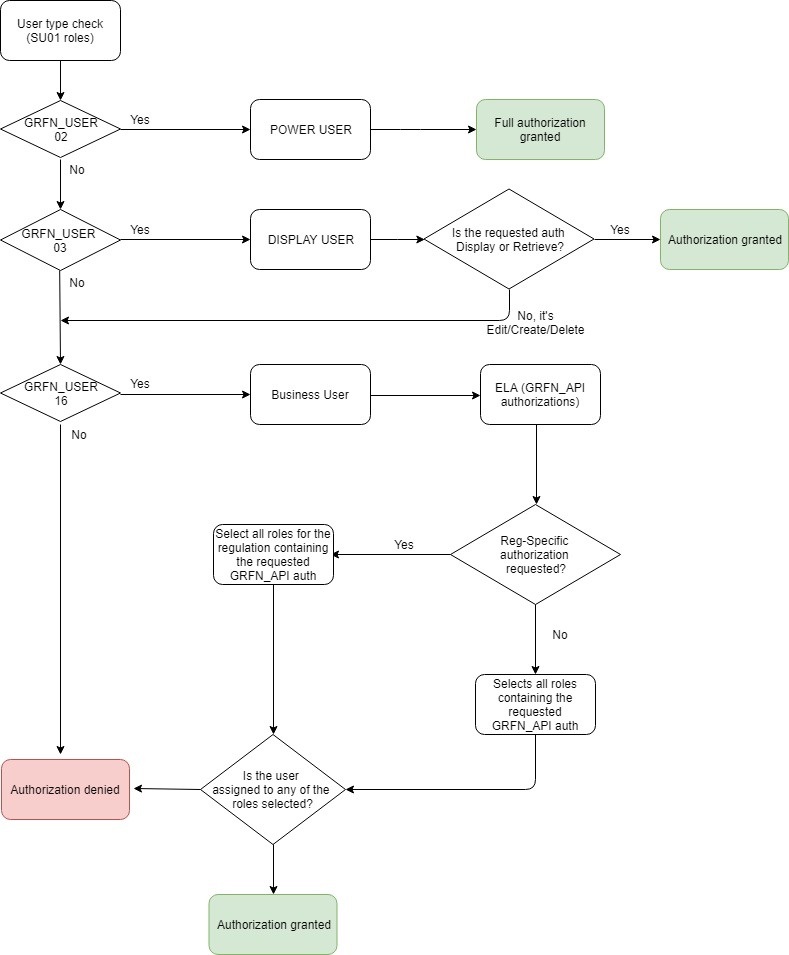 1. Report availability in the menu is given via the role having the authorization object “GRFN_REP”, activity “80” and particular report ID.

2. On report Execution system selects the object(s) where the user is assigned to the role (table HRP1852). Then the report uses the “Walking strategy” of the particular report and drills down from the selected object as defined in the strategy.

3. Authorization object GRFN_API has in general NO influence on the reporting and it is used for the access using the standard application UIs.

4. Regulations are processed exceptionally, as we need to build the list of relevant regulations on the selection screen. The regulations are the only exception where the authorizations object GRFN_API is required for reports.

-If the role is on "orgunit level", user can see the assigned orgunit(s), ALL it's subprocesses and ALL it's controls

-In case the role is on "subprocess level" user can see ONLY the subprocess(es) where he is assigned and all it's controls (it will show also the parent orgunit, just to build the hierarchy)