The purpose of this page is to explain how the Succession Nomination Approval Workflow works and the available options to work with this feature.

The Succession Nomination Approval Workflow allows customers to require approval for the nominations to be effective. The idea behind the feature is that the nominations made by some groups of users need to be reviewed by someone else - the approver - before being effective in the system. For example, a company may want managers to be able to add successors for their whole department, but any nominations for positions outside their team (below their hierarchy) need to be reviewed by someone in HR and be approved. 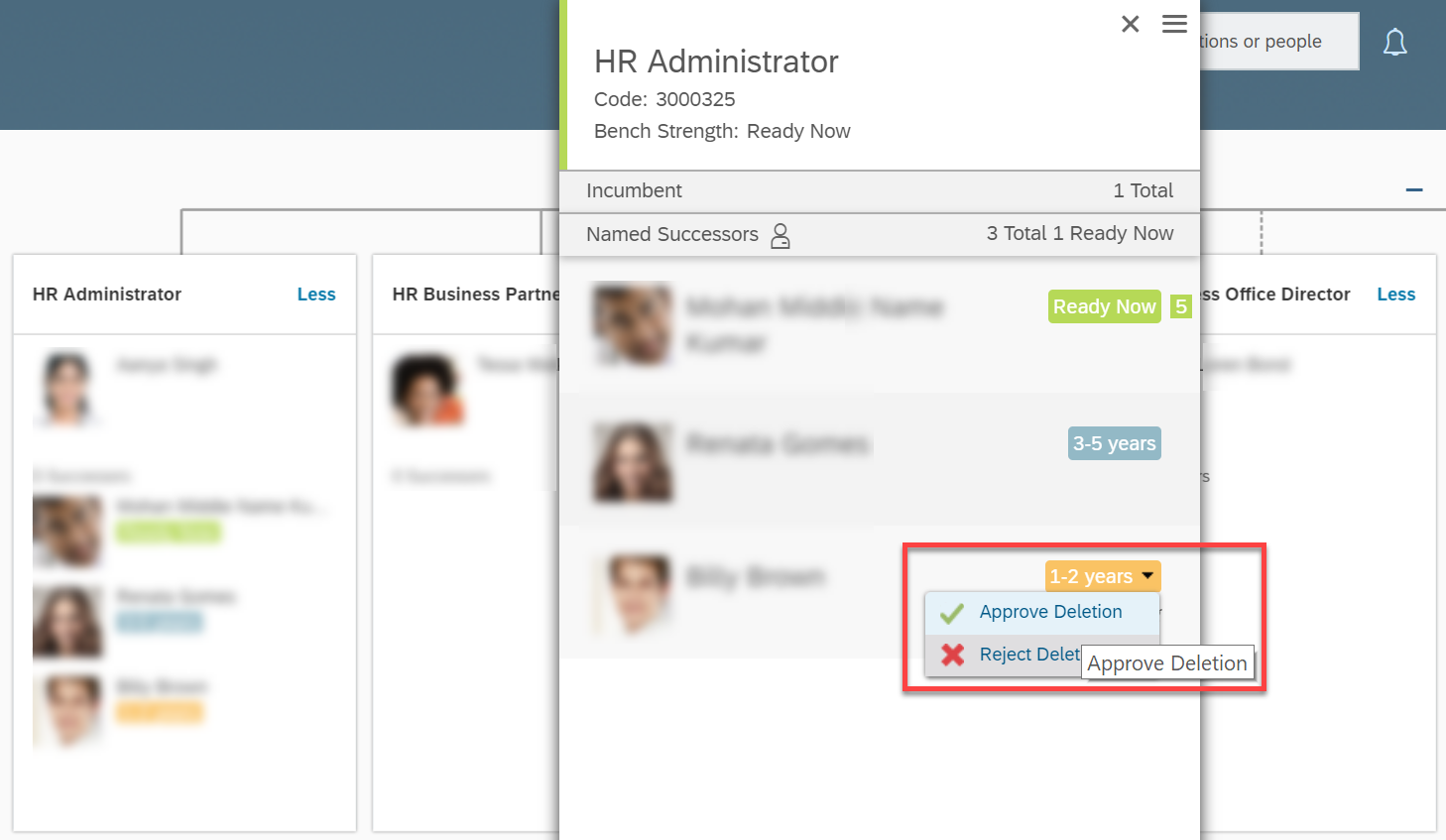 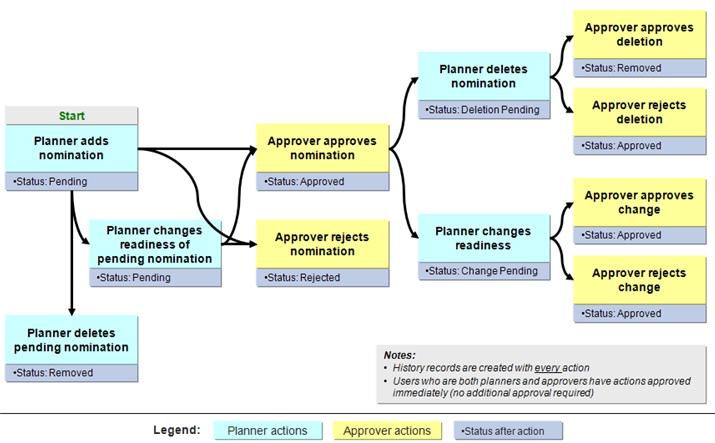 Special Remarks about the workflow:

The following rules are observed for the Succession Planning Approval Workflow:

NOTE: Note that there are no other ways to manage the nomination of successors other than the manual approval and the import file.

How to enable the Nomination Approval Workflow?

To enable the approval process, a change in the back-end of the instance is required. As enabling the Succession Approval workflow requires permission changes that are specific to your business requirements, we suggest that you contact an Implementation Partner to enable the feature.

Once enabled, permissions must be set for approvers (to define the scope of which incumbents or positions they approve successors for). The “Succession Approval Permission” defines the target population of users/positions for which the granted users can approve pending nominations. This permission works similarly to the “Succession Planning Permission”.

When using the Succession Approval Workflow, you can enable emails to approvers notifying them of nominations requiring their approval. The emails will list all currently pending nominations (or changes or deletions) that the approver can act on.

Nominations of external candidates participating in the Nomination Approval Workflow (i.e. that are in a "Pending" status) will not be included in the Pending Nominations notification email.

How to enable the feature?

To enable this feature, a "Send Pending Nomination Emails" job should be created on "Manage Scheduled Jobs" in provisioning (back end). This job can be scheduled to run recurringly according to customer needs (daily, weekly, monthly).

Requesting changes in the back-end

As a customer, you do not have access to complete tasks in provisioning (back end). To have this job created, you should either contact your Implementation Partner or Cloud Product Support.

You have the option to only notify approvers once for each nomination, or repeatedly according to the schedule (until the nomination is approved or rejected). Use the "Resend emails to approvers if nominees have not yet been approved" checkbox to specify the desired behavior.

Do not use the "Additional E-mail Recipients" field, as it is ignored by this job.

The content of the email can be adjusted in the Email Notifications Settings screen in Admin Center, with the "Succession Email Approver Notification" template. The user must preserve the "[PENDING_NOMINATIONS_LIST]" token to include the list of pending nominations.

Here are the scenarios and results to expect, considering target population is the same: