In Standard receiver determination you can specify the receivers of the message manually (with optional routing conditions).

Conditions relate to the content of the message.  While defining the condition, you can only specify an element from the message payload using expression editor to create an expression for the left operand and you must specify a fixed value in the right operand, against which the value of the element will be compared at runtime. You can use only these (=,, ,EX) operators. So the functionalities are limited.

A typical usage case is if you do not yet know the names of the receivers at configuration time. In this case, you can define a mapping program, for example, which reads a list of receivers from a table or from the payload of the message at runtime.  So all the functionalities of message mapping can be used.

In interface mapping, you assign the abstract message interface ReceiverDetermination as the target interface.

The message interface ReceiverDetermination is in the Integration Repository in the software component SAP BASIS (namespace _http://sap.com/xi/XI/System)_. 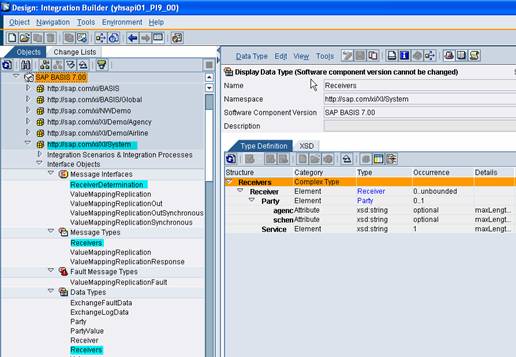 Step to be maintained in Integration Repository 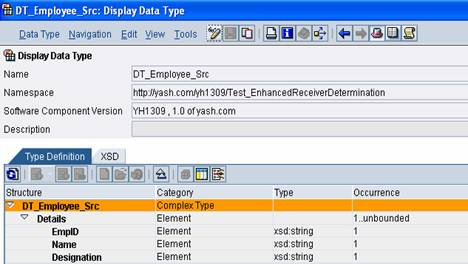 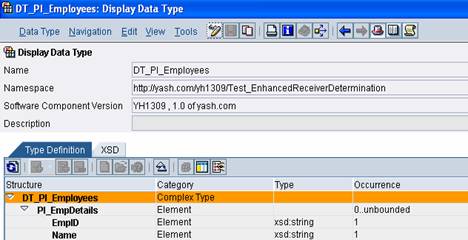 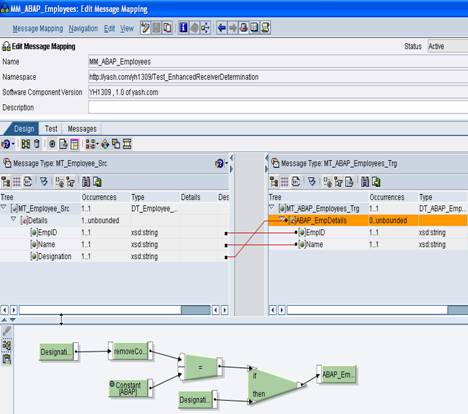 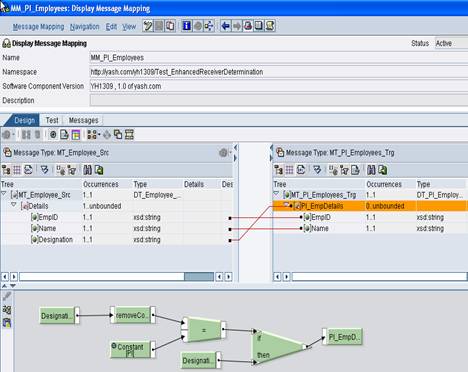 Define Message mapping to determine the receivers at runtime. Assign the message type Receivers as the target Message Type from the namespace http://sap.com/xi/XI/System. 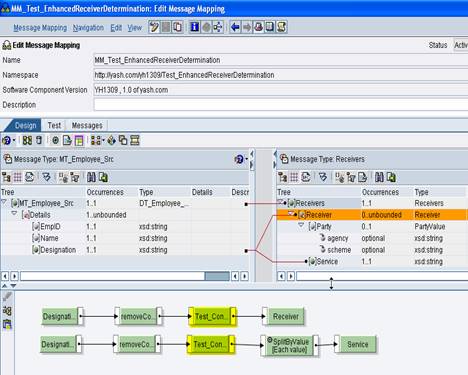 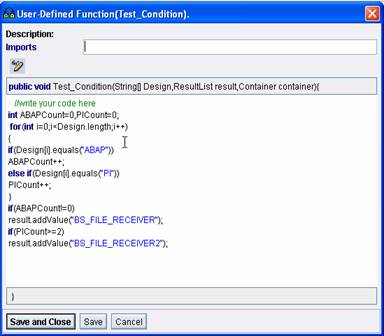 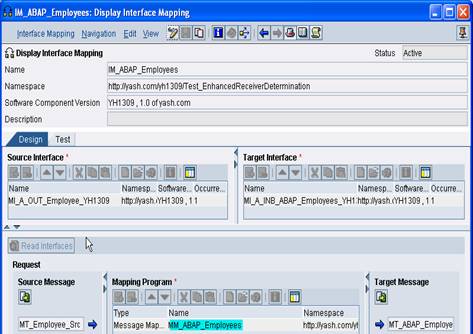 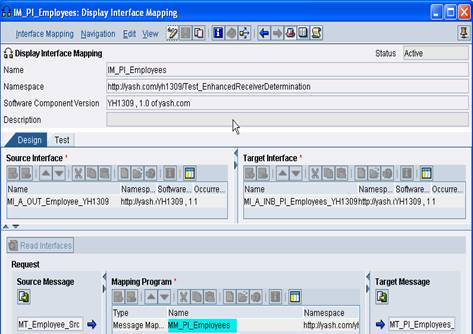 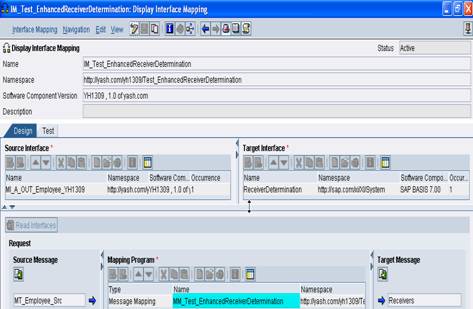 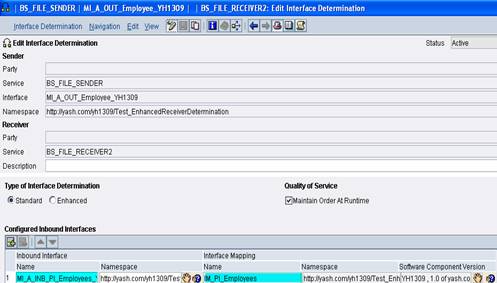 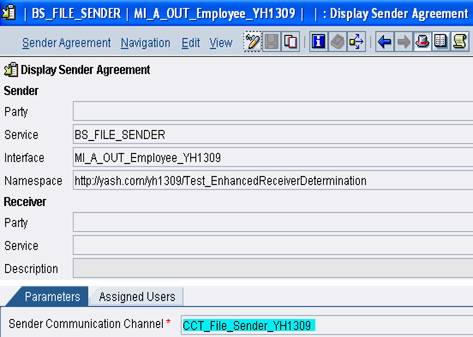 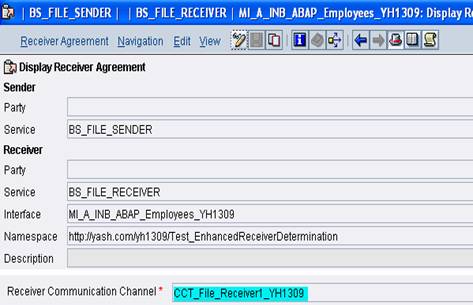 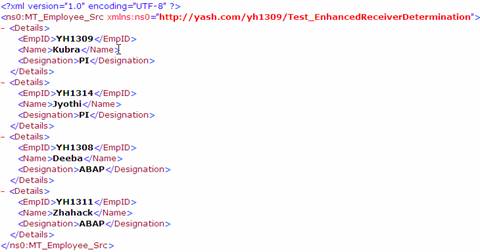 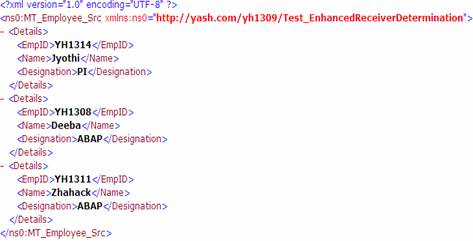 Case2:Output File
Only one Output File with ABAP Employees Details.