SGEN stands for SAP Load Generator, a transaction used to compile ABAP repository¹ objects that are newly delivered into the system, either via an installation or via an upgrade/support package import. Here the term "Load" refers to an ABAP runtime object, used on ABAP environments.

The Load can be also generated when activating the object on the first time. Every time an ABAP object or its dependent is modified, it needs to be compiled again.

The ABAP objects are stored on their source code in table REPOSRC and on their runtime state in table REPOLOAD. These tables are crucial and should never be touched or modified by any reason!

The process of (re)generating the loads consumes a lot of space on the database level. A typical ERP6 system with all objects generated will occupy around 5Gb of physical space.

SGEN can be called independently by typing /nSGEN on the t-code field or be requested by the upgrade/update tools (SPAM, SAINT or SUM).
SGEN then triggers a job which is responsible for reading the content from REPOSRC and filling REPOLOAD with the respective runtime content.
The job name is RSPARAGENER8*.

If you selected the Advanced preconfiguration mode in SUM , you will get the following prompt:

01)  -  Do not start ABAP load generation during the update.

If you plan to apply a high number of relevant changes to your system after the update in the form of a transport or a Support Package,
we recommend that you generate the ABAP loads manually after the update.

With this option, the Software Update Manager uses the maximum number of processes entered below to generate the loads in the shadow instance  during the uptime in the update phase

With this option, the Software Update Manager uses the maximum number of processes entered below to generate the ABAP loads in the shadow instance  during the uptime  in the update phase SUBMOD_SHD2_RUN/RUN_RSGEN

2. Select one of the following options:

3. Repeat the generation for all options that you want to perform.

If you want to regenerate invalidated loads after the update, you can use report RSGENINVLAS.
This report regenerates all invalidated ABAP loads for every machine type that exists in your system.

On the other hand, the standalone SGEN is executed as described in details on this SCN document.

The analysis of SGEN errors is similar to the XPRA  one. It should start by checking the job in SM37 and clicking on the 'Job Details' to verify which work process was used by the job. Then the corresponding dev_w* work process should be verified in ST11 or on the OS level in /work directory. Parallel to this investigation, ST22 should be checked for possible dumps. 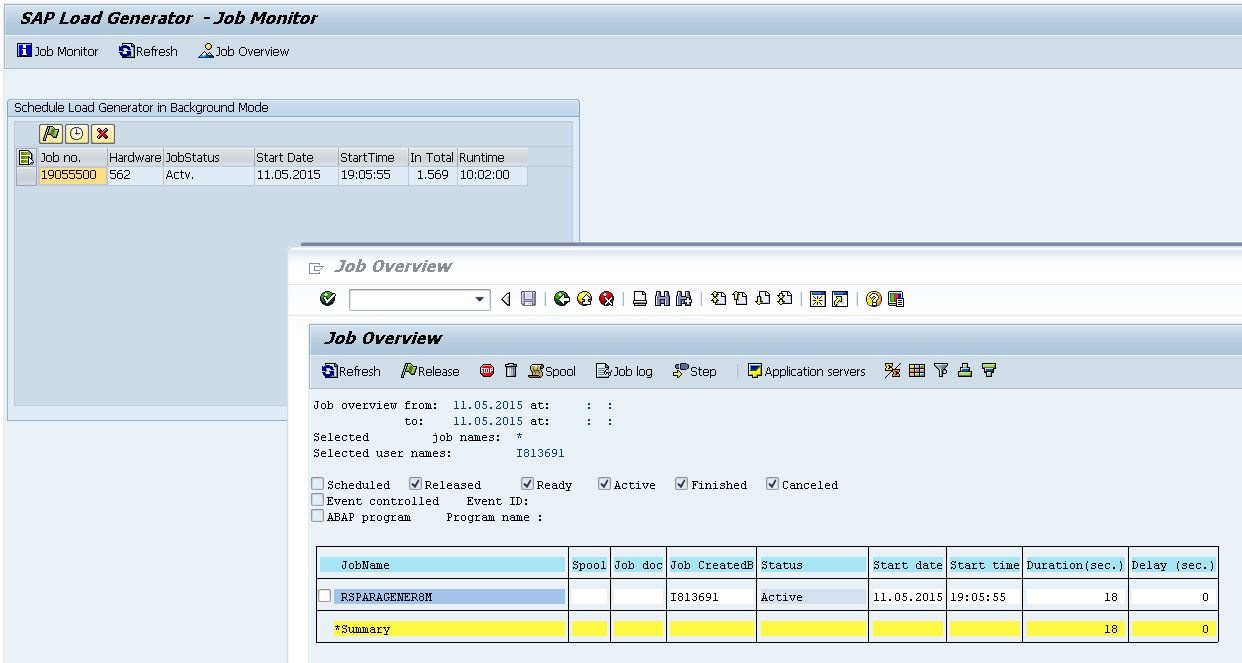 2) find the work process used by clicking on the 'Job Details' button: 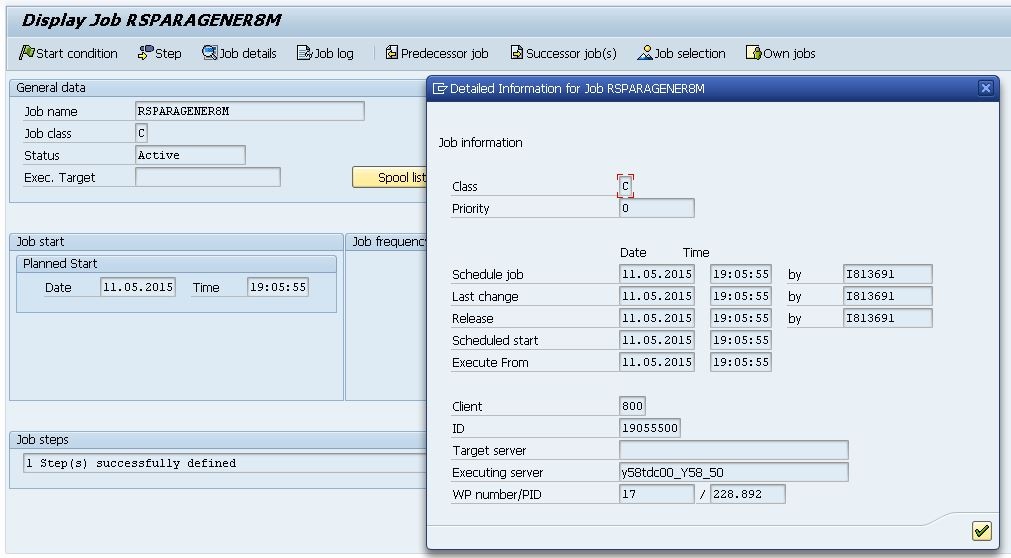 3) check the work process in ST11 or directly on the OS level in /work directory: 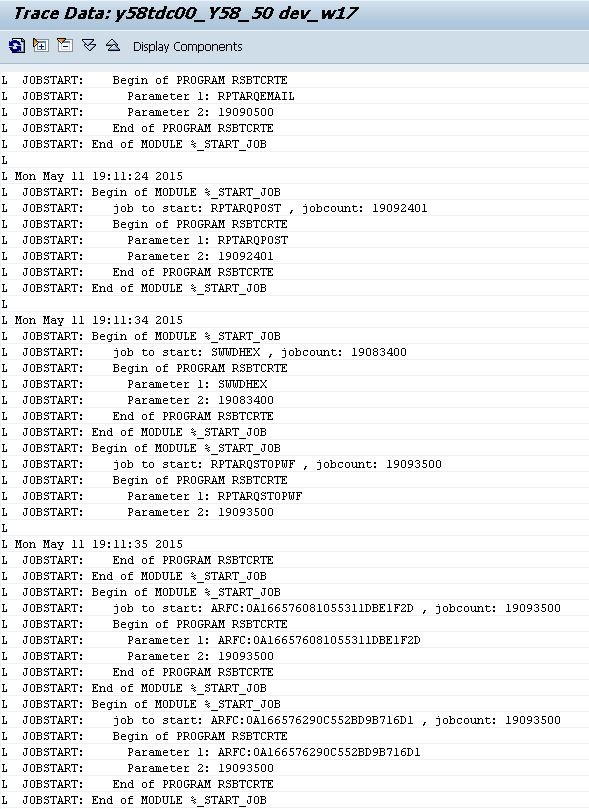 Once the root cause has been found, please search for SAP notes/KBAs and SCN content for the solution.