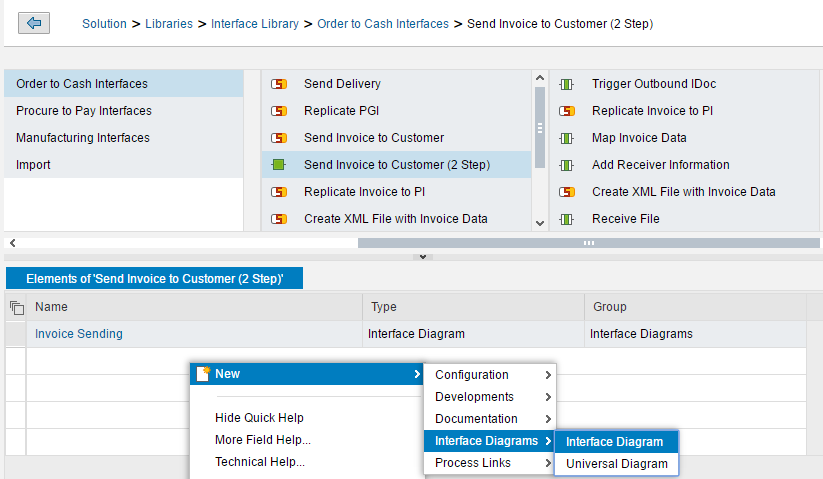 8.1.2   Integration between Interfaces and Composite Interfaces via Intermediate Message Events

In a similar manner – but not described in more detail here – you can assign both Interfaces and Composite Interfaces to business processes in the Business Processes section of Solution Documentation. Often it’s not desired to have all technical details of the data exchange on interface level visible in the process diagram directly. Therefor you can assign Interface and Composite Interface IMEs in the process diagram which “hides” the technical interface details from the process flow. Still all interface data is available, and you access it via forward-navigation if needed.

8.1.3  How to Document Integration Scenarios 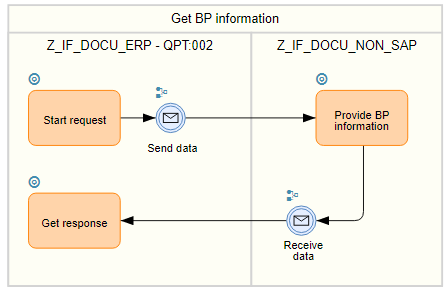 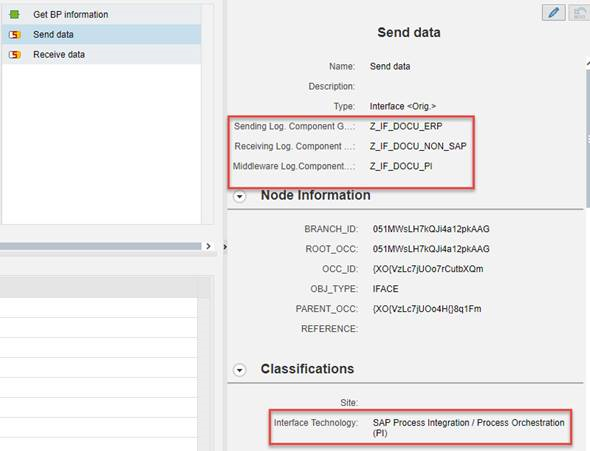 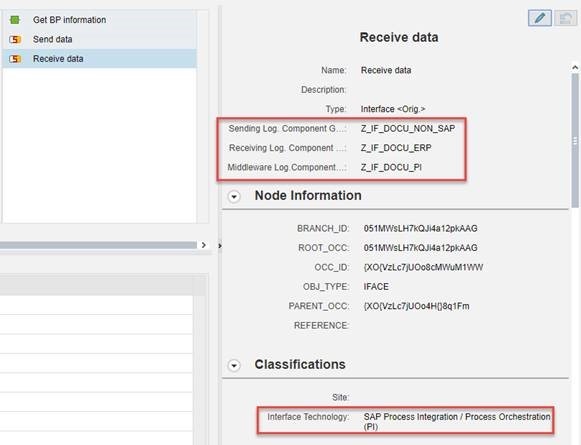 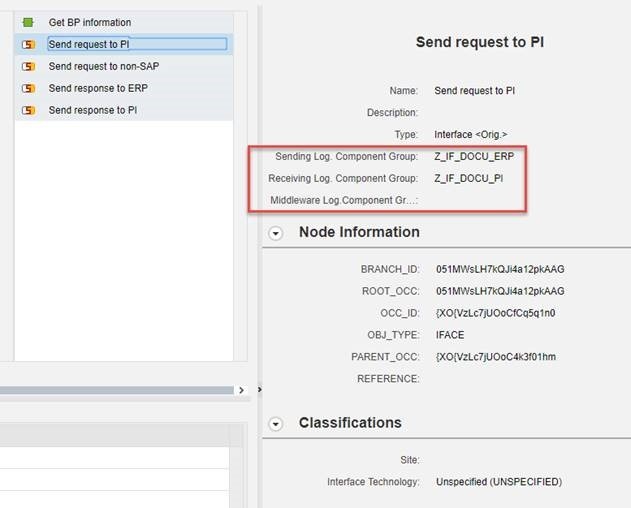 In this sense the first option might be favourable as it is less effort to maintain the data in the system, and interface attributes can be provided in a proper manner. The second option can make sense if you need to maintain additional processing logic on the different LCGs using interface steps. 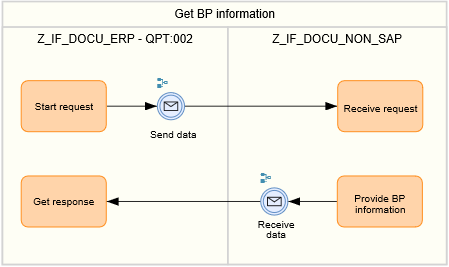 1) Only for subtypes: ABAP, JAVA, GENERAL

2) Only for subtype: ODATA

8.2.8   Interface Technology: “Other, Not Listed Technology”

Table 14: Attributes for interface technology OTHERS

2) Only for subtype: JAVA-only

In the following you can find all additional attributes which are specific for a particular PI adapter type.

8.3     Mapping of Interface Technologies between Solution Manager 7.1 and 7.2

Table 50: Mapping of Interface Technologies between Solution Manager 7.1 and 7.2

In Solution Manager 7.1 an integration between project maintenance (transaction SOLAR01) and Solution Directory (transaction SOLMAN_DIRECTORY) with the PI Enterprise Service Repository (ESR) was available. This way you could load Process Integration Scenarios maintained in PI ESR into the Interface Scenarios section to avoid double-maintenance of interface data. This kind of integration doesn’t exist in Solution Manager 7.2 < SP05, but is available as of SP05 in SAP standard (see section Import of Specific Interfaces).