Interfaces involving more than one interface

However, you can of course include any middleware that is used in your landscape and create simple three-component interfaces. Be aware that this could require the use of two separate interface technologies for the whole interface (from sender to middleware, and from middleware to receiver), which is not supported by Integration Repository. In this case you can:

For the SAP PI / PO scenario the setup takes place as follows: 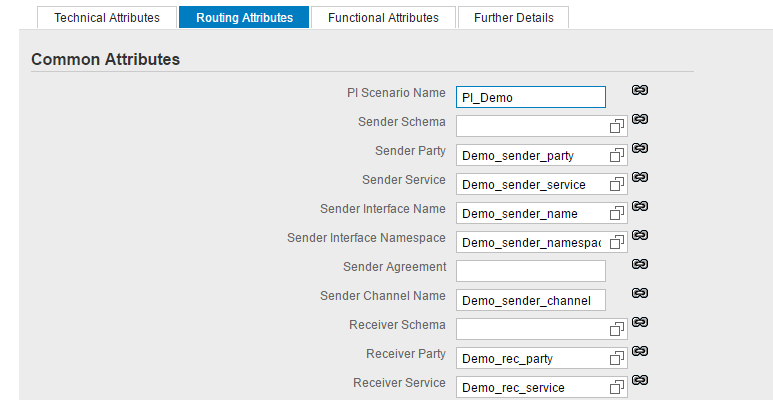 Sender and receiver attributes are specific for the chosen adapter type and can be used to describe additional properties of the inbound or outbound processing. 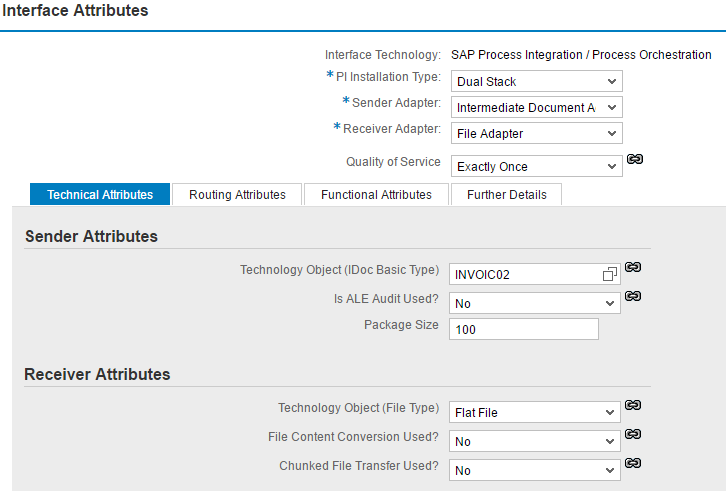 Note that the value helps for the interface attributes let you select the data source which typically is the middleware component in this kind of three-component interfaces. 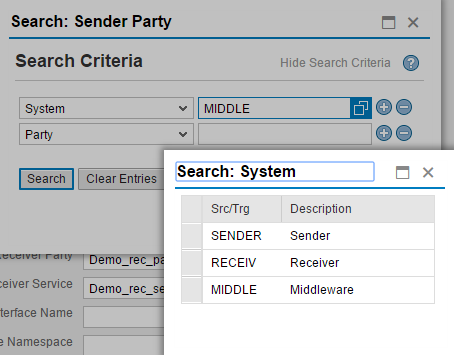