ABAP transports are store for each managed system in its own config store called ABAP_TRANSPORTS. 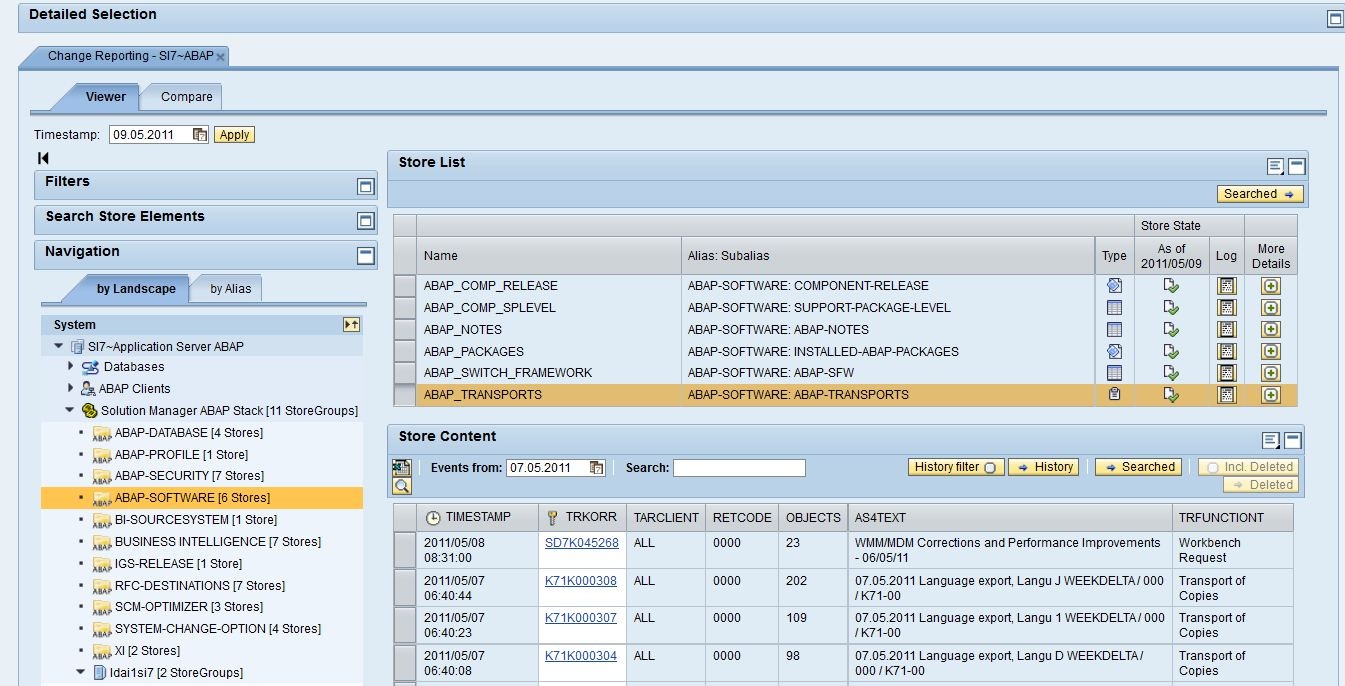 Configuration Validation offers via Reporting Directory several reports upon transports such as:

Execution of the predefined report 0PRDBLG in the Report Directory shows which transports were released in a selected development system (SD7) but not yet imported into a selected production system (SI7).

Please refere to the   0PRDBLG Report   in the Report Directory section for a detailed description of this report.

The amount of transports which created directly in production (emergency changes) identifies to what degree SAP best practice procedures for software development are followed.