This page contains information about the available launchpad versions, how to decide which one is being used and how to update existing versions.

The different versions of launchpads

All versions have the same role / instance. To decide if the version is an SAP delivered launchpad or a customer version, see the field; SAP_OBJECT (0 = customer object, 1 = SAP object).

Alternatively in transaction LPD_CUST the version can be checked in two places: 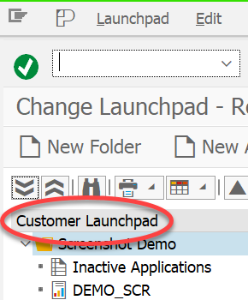 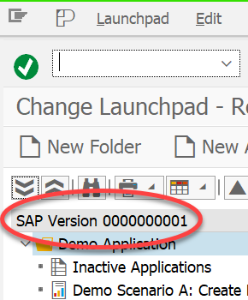 In a customer system you cannot create an SAP version. End user versions can be created in every system, but these cannot be transported.

This logic is implemented in function module APB_LAUNCHPAD_CALL.