Suchita has been working in SAP CRM domain from 5+ years and have worked on almost all SAP CRM versions from 4.0 till 7.0 including CRM2007 with Innovative and Extremely quality conscious approach and a great eye for analytical details. She is experienced on several SAP CRM Implementation projects globally & also have been awarded for some of her project executions. Her areas of experties include SAP CRM 2007 & CRM7.0 WEB UI Customizations and developments using BOL-GENIL programming, ABAP, OOABAP & BSP programming.

One common requirement in WEB UI is to exchange the data between different context nodes of a view.

Write code in IMPL class for steps 1) and 2) because IMPL can access context node A and B both.

then write code in Context node B class (CNxx), typically in GET_ATTR2 method, to set the ATTR2 from ATTR1 via this Z attribute.

There is no harm in this approach and I would like to share this thread where the guy struggled so much to read one context node attribute in other context node and finally above said approach came to his rescue.

Now imagine, if you can get the instance of CTXT class in a context node class itself  (i.e. the class ending with CNxx e.g. CN00, CN01 etc.)? Then you can access all other context nodes through this instance. Not only that you can access other context node's attributes just to read but you can also use set properties, get properties to set/reset attributes too. Sounds great right ?? sounds simple too and trust me it's really simple to implement this and we are going to do that next.

Illustration on the New Technique:

Let's take an as example, very close to above mentioned thread .

Requirement: - 'HEADER' has an attribute which needs to be processed depending upon the value of attribute "Country" of node 'STANDARDADDRESS'. Let's, for example, we need to set NAME4 attribute of HEADER as say RESIDENT OF by reading COUNTRY attribute of STANDARDADDRESS node. Thus if country field of standard address node has value as DK then in NAME4 field we will put value as Denmark Resident .This is just a condition for sake of illustration.

step 1) In the context node class of node HEADER, Create an attribute of the context class (CTXT class).

step 2) Now in the view context class (CTXT class) there will be a method CREATE_HEADER( ). Write following code in this method as shown in the pic. You just need to add the highlighted code lines shown in the image below. Let rest of the code remain as it is as generated by system. 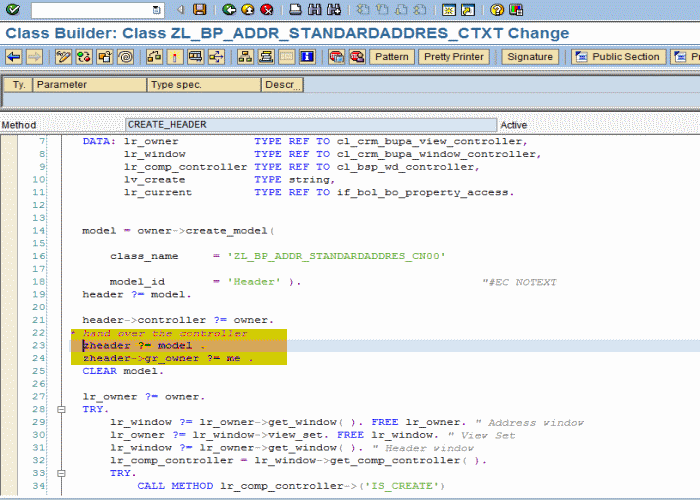 The image below illustrated the code in GET_NAME4 method of context node HEADER. 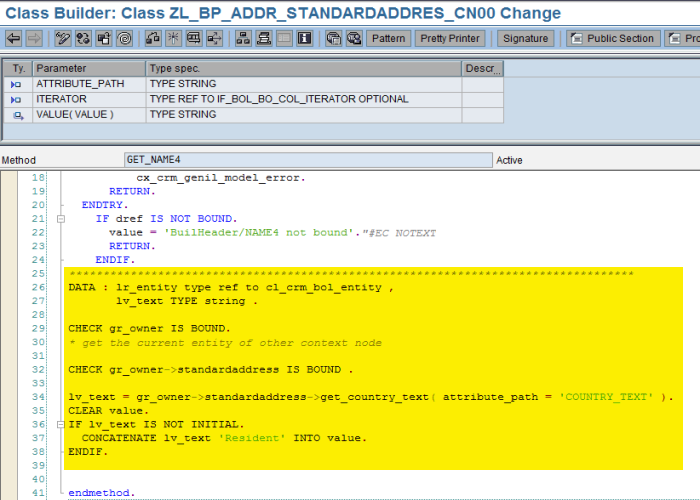 As you can see, now using gr_owner attribute, we can access the other context node and can call its GETTER_SETTER for any of its attributes. 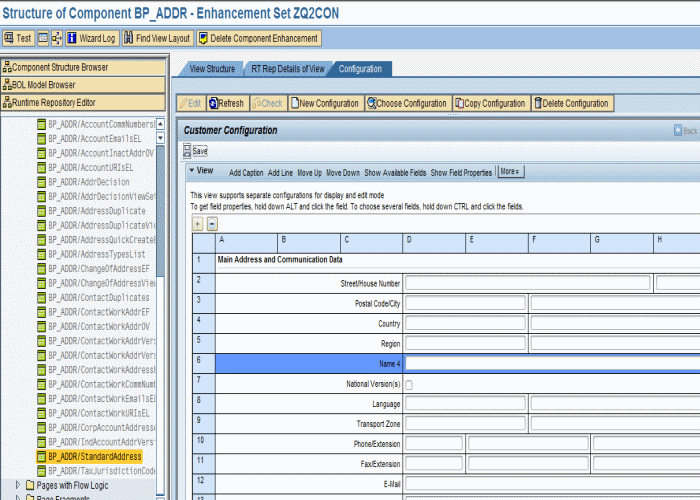 Find below the result as appeared on Web UI after we added the NAME4 attribute of HEADER on the view and copied the country_text attribute from node STANDARDADDRESS into it. 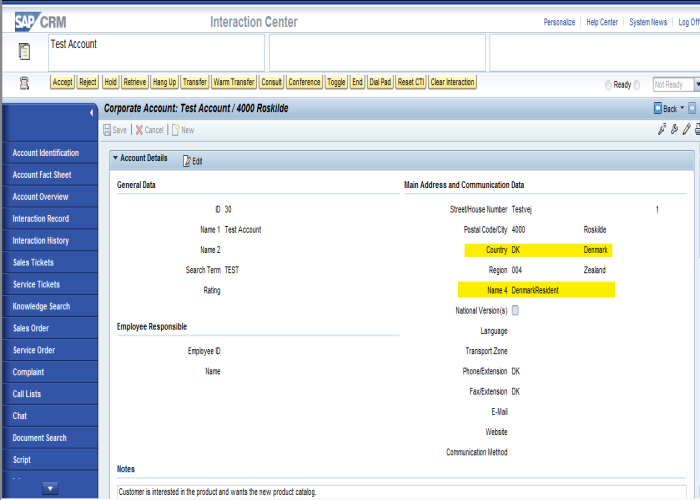 As you can see, the Name4 field has the value Denmark, which is as read from the context node STANDARDADDRESS attribute "country_text".

Reference 1- Refer following thread on SDN which gave me an inspiration to blog/wiki on this technique: