The purpose of this Wiki article is to provide a description of how the Leaving Date of an Employee is reported to HMRC via the FPS report in different scenarios of a Tax Reference change.

Each Payroll area is assigned to a given tax district number/indicator in table T5G51. This way, each Employee is assigned to a given tax district indicator via their Payroll area. A Tax Reference change can be described as a change of an Employee's assigned tax district indicator from one to another. When such a change occurs, the date of it is required to be reported to HMRC. This article provides information of how this is done via the FPS report after the implementation of RTI (Node 11 of Feature GBCHG activated).

Previously, when an employee transferred from one tax reference to another, it was only possible to correctly report this to HMRC via FPS when it occurred in the current period. If the tax reference change was not reported in the relevant period, this resulted in the Leaving Date not being reported to HMRC. This has been fixed by changing the FPS report. In the latter scenario, it now produces an extra record in the B2A Manager containing the Leaving Date.

Payroll areas are assigned to tax reference indicators in V_T5G51.

- Report RPCP45GNRTI is processed and Infotype 0065 is updated with the P45 issued date and a new record in IT0065 is created from the date of transfer with the P45 information.  Note: The P45 itself is not produced.

In this case, you will see 2 entries in the B2A manager – one for each tax reference. 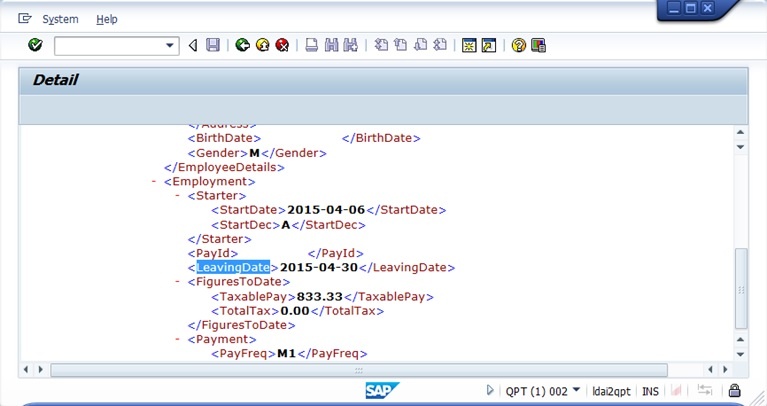 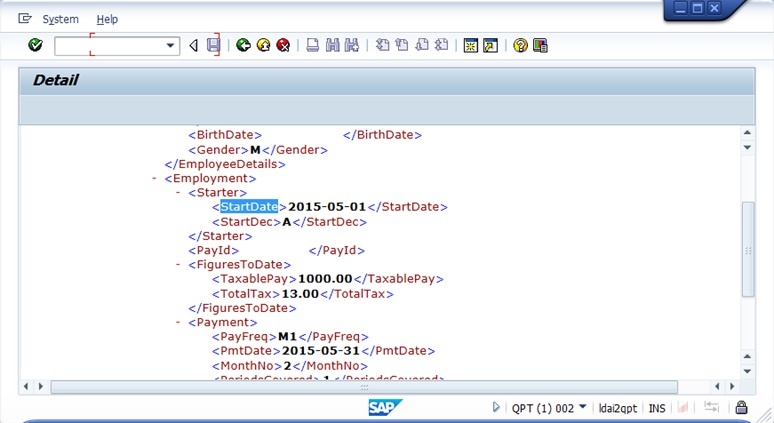