The purpose of this Wiki is to understand the scenario where Late Transfer Reason ‘H’ is reported in FPS submission.

To know more about this behavior, we must first review the necessary information, and then know how to reproduce it. After reading this article you will be able to identify the whole concept.

For replicating the above scenario, ensure that GBRTI payroll function in the feature GBCHG should have RTI solution active for the payroll area under which employee was hired.

After this, live payroll was run for the month of April 2014 i.e. period 1 2014 in RPCALCG0 report for this employee which will create RTI table in the payroll cluster of the employee. Exit the payroll in PA03. 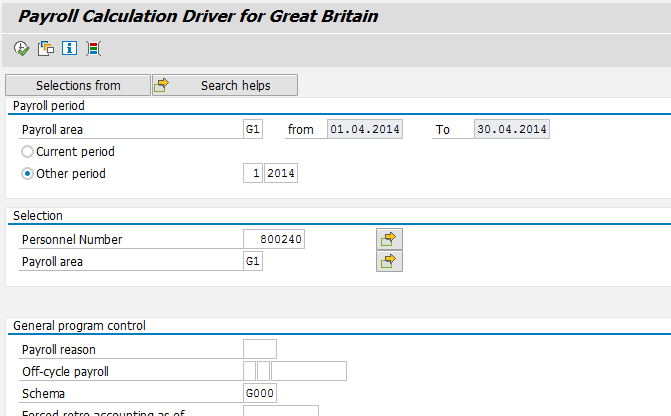 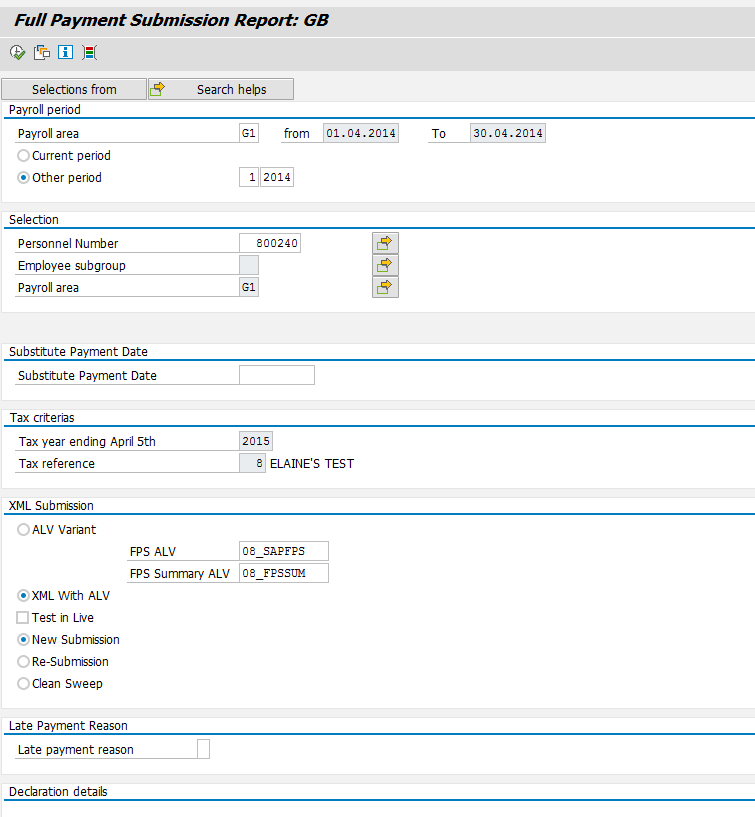 Scenario I => Running FPS for month of May 2014 (where Late Payment Reason H is to be reported): 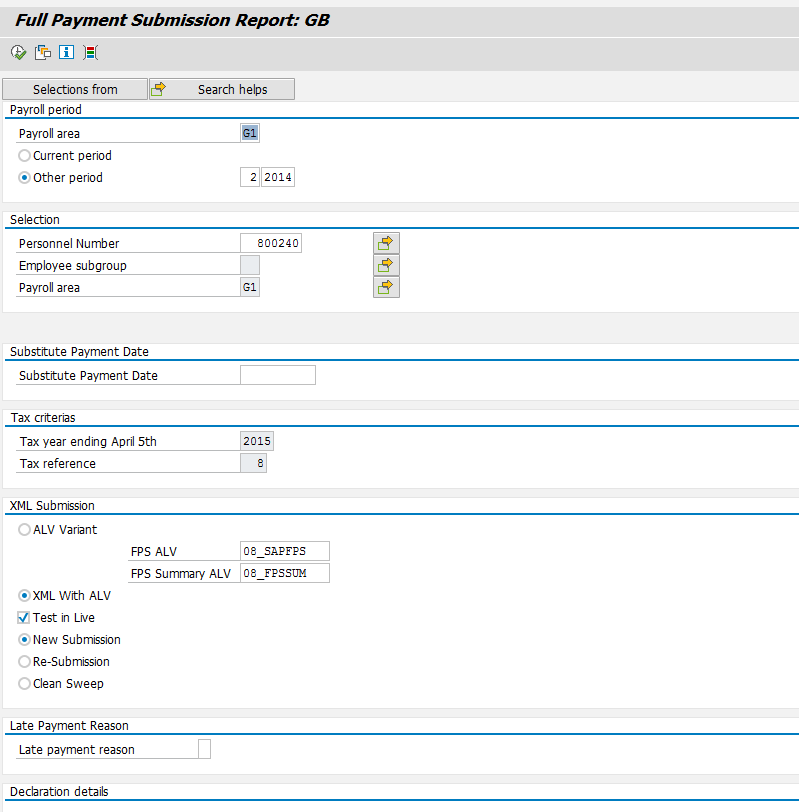 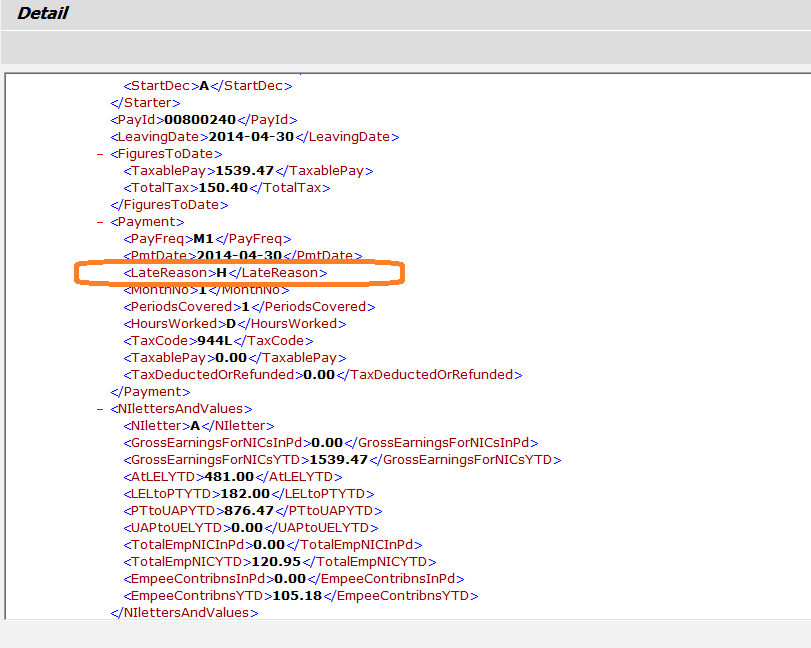 Scenario II > Running FPS for month of May 2014 (where Late Payment Reason H is not reported):

After running the April 2014 month’s payroll and FPS in live, we pay employee some late payment via Infotype 15 as shown below

Now ran the payroll for May 2014 as below 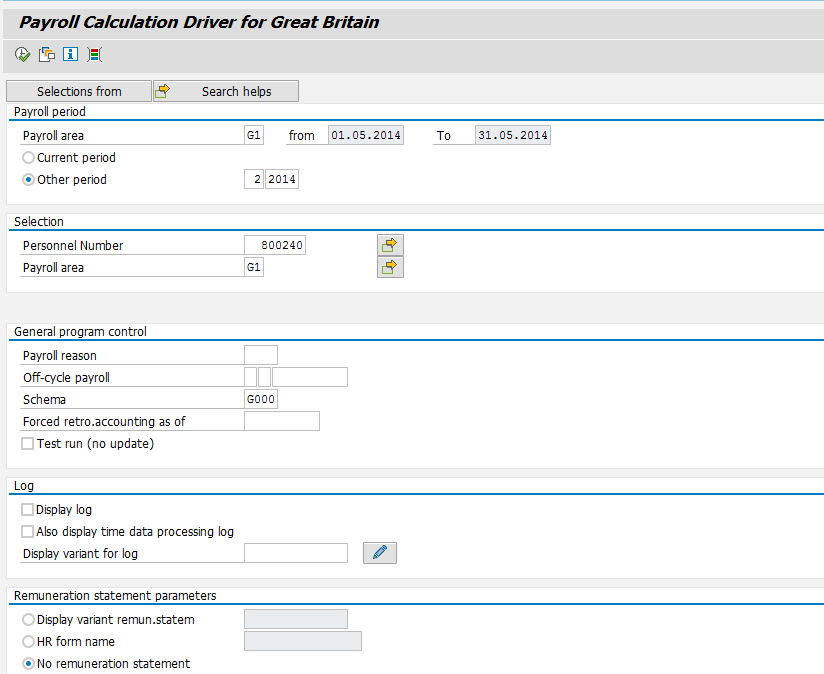 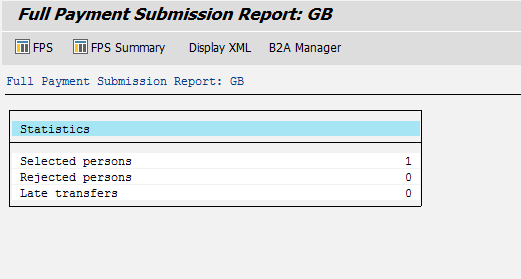 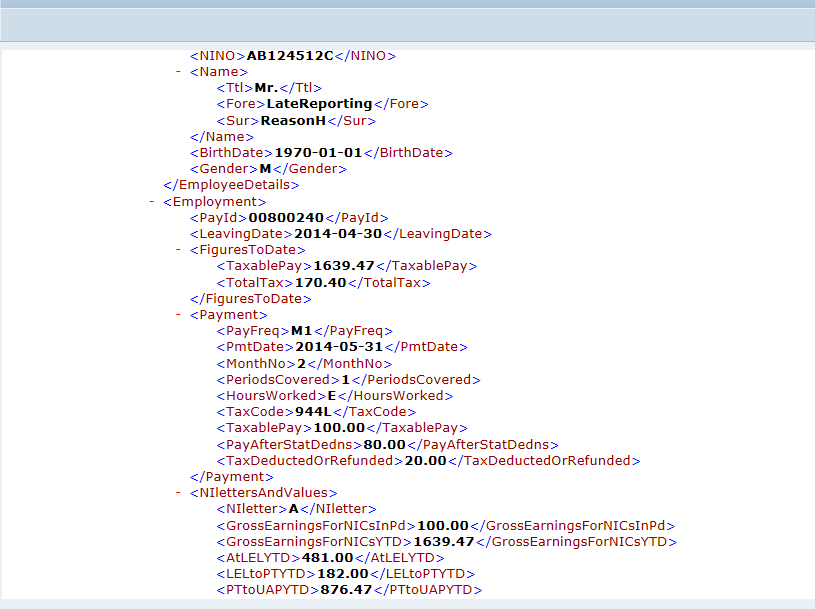 The late reason indicator is set when the only item to report in the FPS is the leaving date for the previous period. From April 2014 if you send a 2014-15 FPS to report a correction and the 'payment date' on the FPS is earlier than the date of the FPS submission you must include late reporting reason 'H – Correction to an earlier submission' against the payment.