On 9th of October 2018, SAP Security Patch Day saw the release of 11 Security Notes. Additionally, there were 4 updates to previously released security notes. 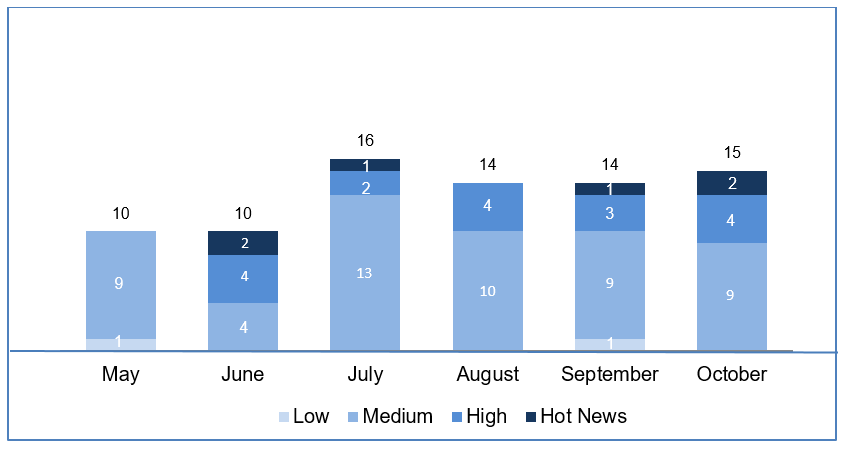 Customers who would like to take a look at all Security Notes that are published or updated after the previous Patch Day, see: https://support.sap.com/securitynotes -> All Security Notes -> Filter for notes which have been published after 11th September 2018.